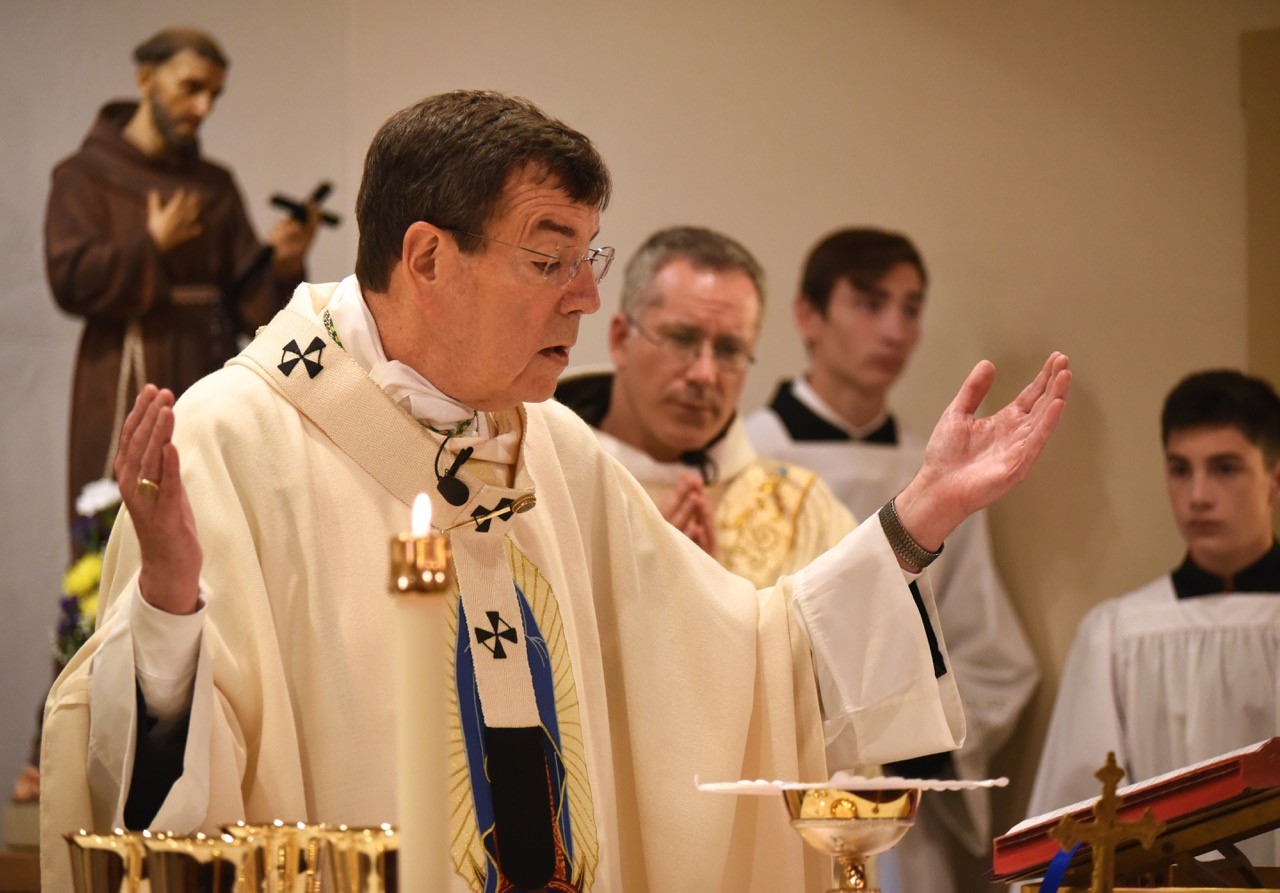 But according to Fr. Alex Kratz and Patti Giangrande, it all came down to prayers. 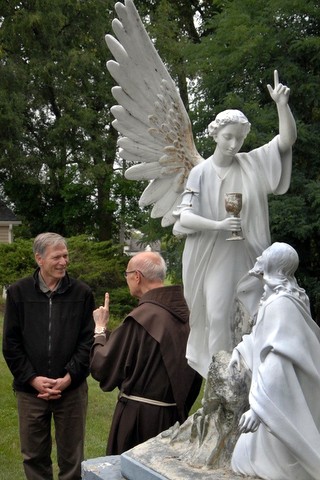 “God provides,” says friar Alex, Spiritual Director for Terra Sancta Ministries, the pilgrimage program he co-founded with Executive Director Patti, a Secular Franciscan. In 2015 when they were scouting sites for the program, they came upon St. Joseph Chapel and the Shrine of the Immaculate Heart of Mary in Pontiac, Mich.

Holes in the roof attracted wildlife, the grounds were neglected, and the grotto shrine was nearly abandoned. But it was available. “When the idea of purchasing property came up, we had no money,” says Patti. “We prayed, and within a very short time, three or four months, God sent us the money” in the form of a generous donor. They bought the property from the Archdiocese of Detroit and kept on praying.

Three weeks ago they invited 100 or so friends and supporters over to help them celebrate a remarkable transformation. Sept. 8, Archbishop Allen Vigneron and most of the Detroit-area friars were among those gathered in Pontiac for a Mass marking the grand reopening of the complex, which for the past year has quietly ministered to those who know that faith can move mountains.

“Everyone who comes here says they’re touched by a sense of holiness,” says Patti, “whether it’s the liturgy or a certain statue that speaks to them.” Many have donated their time, money, materials and expertise to help restore the church and shrine. Together they’ve created a Franciscan gathering place: a site for twice-weekly worship; outdoor Stations of the Cross; a home for the pilgrimage program; and an inviting grotto chapel with a statue of the Blessed Mother that is believed to be miraculous. 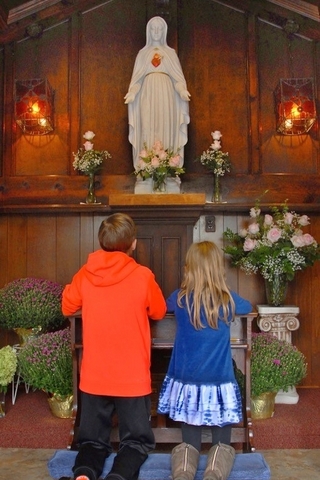 Children pray at the Shrine of the Immaculate Heart of Mary

According to Patti, “Having all the volunteers has been an act of God.” Even the Archbishop’s secretary showed up to pull weeds on one of their cleanup days.
“The repairing of this church was never about a building, but the building is a home for a people,” Archbishop Vigneron said at the reopening Mass.

With the celebration behind them, friends of the shrine are looking ahead to Oct. 4, the Feast of St. Francis, and a talk by Alex on the Canticle of the Creatures. The Terra Sancta program is thriving, with 46 people on the last pilgrimage and 48 signed up for one departing Oct. 8.

The next challenge: paying for the removal of trees heavily damaged when the remnants of the recent hurricane plowed through the yard behind the buildings. “Thankfully it avoided the Stations of the Cross and the electrical wires,” Alex says. But the cleanup is costing them $5,000.

Patti isn’t worried. “Every time we’ve come to a roadblock and we’ve said, ‘Lord, it’s in your hands,’ he would smooth it out,” she says. “It always amazes me.”

(St. Joseph Chapel and the Shrine of the Immaculate Heart of Mary are open to the public from 10 a.m. to 3 p.m. Tuesdays and Saturdays.)

Read the history and transformation from a vacant parish to thriving Shrine and Chapel.