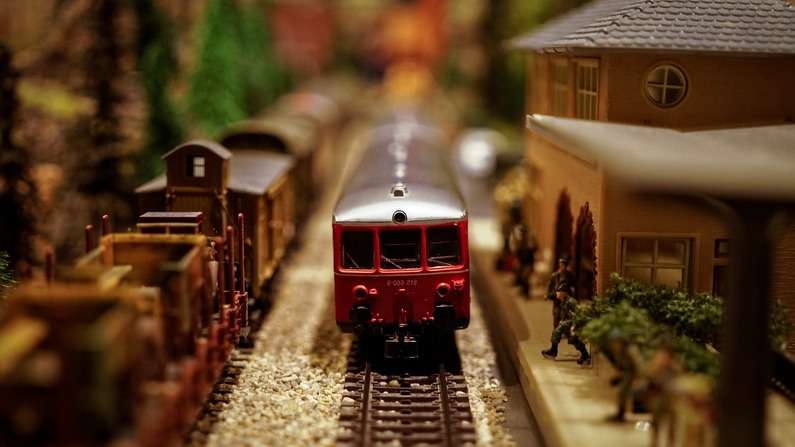 Fr. Louis Bartko’s Lionel Electric Train helped him, his father, and his uncle.

Christmas of 1947, I was 6 years old and my dad surprised me with my first Lionel Electric Train. It was there, under the tree in Toledo. Of course he bought it for me, but he played with it, too. It brought us closer together and it was something I would have for the next 20 years before I gave it up because I had other things to do. I passed it on to an uncle who knew electric trains and was able to work with them. When he got sick, he was able to sell the trains and use the money to help with his medical bills. In a sense it helped me out, and it helped my dad, and when I passed it on to my uncle, it helped him out, too. 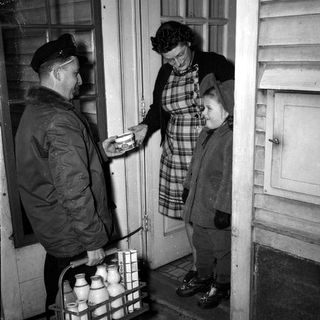 Fr. Page Polk remembers those who helped his family.

When I was growing up in Dallas, we didn’t have much. But we always had real Christmas trees, and that wonderful smell! I had a brother who was very gifted artistically. He was very good with lighting. He would decorate the tree and the house with simple things, angel hair and tinsel. My mother was a great cook. She made cookies, banana nut bread, strawberry banana bread, zucchini bread and pound cakes.

At Christmas we would gather as a family and talk about what we would give those who had helped us during the year: the paper boy, the postman, the milk man. It was the idea that God gave us his Son, so in turn, out of appreciation, what should we give those who helped us? Very often it was the simple things my mother baked, given away as gifts. 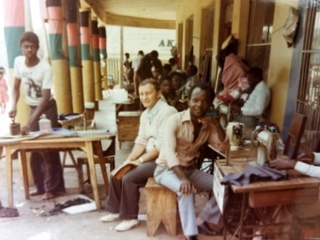 It was my first Christmas in a rural mission in Malawi, East Africa. That would have been 1983. There was of course no snow and it was cool, but not cold. With Christmas approaching there were absolutely no decorations in the stone church – no trees or flowers or wreaths or blinking lights, nothing at all, with the exception of a very simple crib in the church with Jesus, Mary, Joseph and few statues.
On Christmas morning people came to Mass in simple clothes. After Mass we greeted each other; then they went home, immediately changed clothes and went off to do their farming. They had to go hoe and plant. It wasn’t, “Let’s go off and have a big meal.” They saw the importance of being at church for Christmas; they saw the importance of the crib.

It struck me that they got it right. Their lives were so difficult, they could identify with the Holy Family. They were able to keep something simple, like what Francis did [at Gubbio]. The center and significance and mystery and meaning of Christmas was a simple crib in a church, and the celebration of Mass. 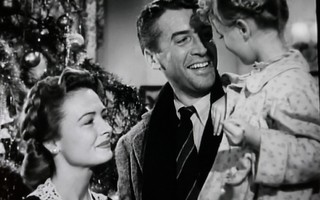 One thing I do each Christmas – and I’ve been doing for years – is watch the movie It’s a Wonderful Life. If it’s on at the theater, I’ll go see it there. I once saw it in Chicago at an old-timey theater with an organ. Last year I saw it at the 20th Century Theater in Oakley. They have it in color now. I’ve seen it at least 25 or 30 times; I think I’ve got most of it memorized. The meaning for me is, you don’t always know all the good things you’re doing. Sometimes at the end I think, “This is SO powerful!” – and sometimes I’m asleep by then.

When my Mom and Dad were living, everybody would get together in Cleveland to prepare for Wigilia, a traditional Polish Christmas Eve supper. We would switch between our house and my aunt and uncle’s farm. 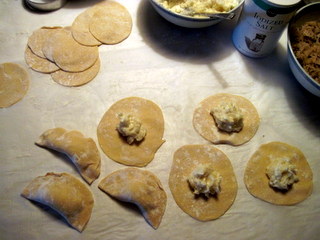 The preparations would start weeks before. It was all meatless, all homemade, with Polish delicacies: pierogis with potatoes and cheese; buckwheat groats; dried fruit compote; baked lima beans; Polish mushroom soup. We’d all sit at the dining room table, and there were a lot of prayers. We would have a separate place setting in case we had an unexpected visitor. It was all centered on Eucharist and the coming of the Christ Child.

Then we’d all take off for midnight Mass. I remember as a child being in our old church in Cleveland, listening to Mass in Latin and the homily in Polish, and I always thought, this is where I belong. Then we’d have another feast after Mass, when the sausages and hams would come out, great homemade breads and Polish pastries. Another crazy tradition: We’d have a Polish pea dish, and put a little bowl of peas outside the front door to keep the wolves away.

Golden memories: It was a fun thing as a child experiencing that holiday. I pray for all the different families that they enjoy their traditions, and if they don’t have a tradition, they start one of their own. 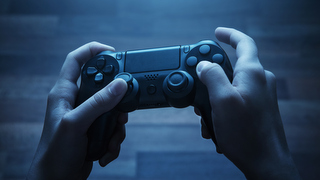 My favorite Christmas memory was seven years ago in Lagos, Nigeria, right after I had graduated from high school. Christmas time there is the dry season; it gets cool at night and early in the morning, and hot during the day. On Christmas Eve we would go to the vigil Mass at St. Charles Borromeo Church, and the Mass of the day on Christmas.

We had a family tradition of going to a hotel for dinner on Christmas Eve. We usually ate regular delicacies from the culture: poultry or beef or goat meat; a lot of rice; native egusi (melon) soup, and pounded yams.

That one year after dinner my Dad surprised me and my two younger brothers; he took us out and bought us video games. We played them all night. And he bought me my first cell phone, the first one I had that was especially for me.

Now I usually call home at Christmas. I phone some of my family and they gather around the computer for a video chat. We talk and laugh and share stories. Christmas evokes thoughts of times with them – and thoughts of food! 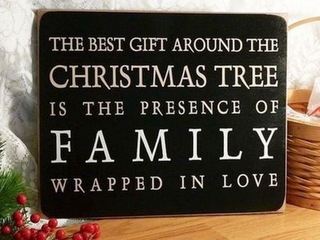 “Family is every place you find yourself, ” says Fr. Dennet Jung.

Then in 1999, because I was not assigned to a parish ministry at the time, I was able to spend Christmas with my sister and her family. It seemed so strange to me to be “at home” for these special days, even though I had many enjoyable and memorable Christmas celebrations in my years at the parishes I served.

What was strange was that I was not used to being with family other than the family of my parish communities, and as a consequence felt somewhat out of place, yet at the same time overjoyed to be in that place. Being with my sister and with her children and grandchildren brought back the many presences and absences of former Christmas holidays, and I felt grateful to God not only for the present moment but for the many Christmases past with which God had gifted me.

With God, family is in every place you find yourself.

Start your own tradition