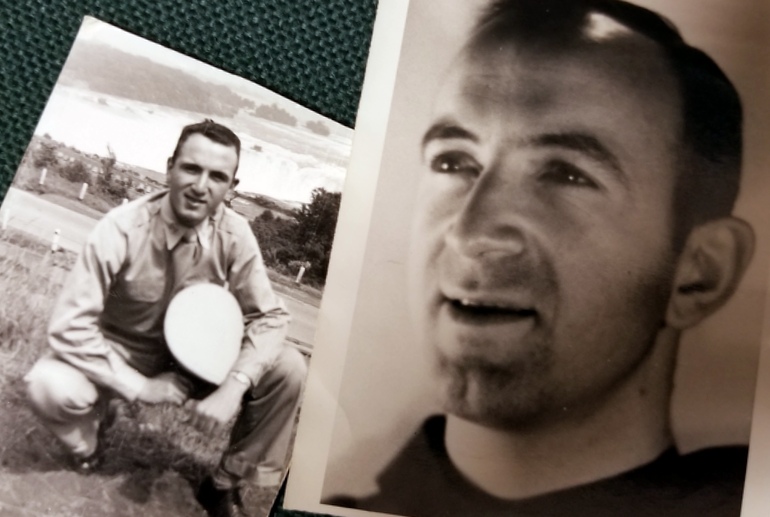 Fr. Joe Ricchini served in the Air Force as a radar mechanic before attending the Franciscan seminary.

For me, preaching has always had its challenges and rewards.

When I joined the friars I was what you call a “special” student. I was 21 or 22 when I came to the seminary after three years in the Air Force as a radar mechanic. I came in the middle of the year and they didn’t know what to do with me. Most of the time I was all by myself in studies. That’s why I was able to go through four years of Latin in a year-and-a-half. 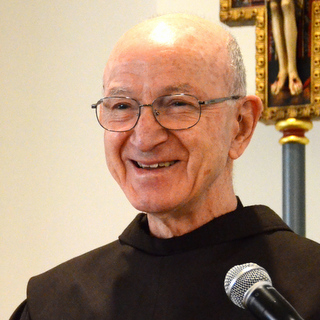 The one thing they did was, because I had a Philadelphia accent, they gave me a list of words I mispronounced, like “wooder” for “water”. You can imagine what it did to my confidence!

At St. Leonard College we were taught Scriptures in terms of knowing answers to give to people. They didn’t have a teacher to teach preaching. They just told us what they thought we should be doing. Some guys were naturally good, like Neri Greskoviak and Gil Wohler. There were a number of guys I was impressed by.

The last year in theology, the year before we were ordained, they made us go out to preach in different areas in Dayton. I guess it was OK. People would tell me they liked what I said. When I preached I don’t think the dialect came out.

In my first assignment after I was ordained in 1964 I was Associate Pastor at St. Boniface in Louisville. I preached every day and don’t remember being troubled by that. Vatican II ended in 1965, so I only had to say Mass in Latin for one year. I was thanking God for that!

Recently, in the last 10 years, preaching has been more of a challenge. I was reading up-to-date spirituality and theology, mysteries like, the Church is the Body of Christ; we are the Body of Christ. It was so attractive to me. But those kinds of mysteries are foreign to people. In the Eucharist you receive Christ; He lives in you. 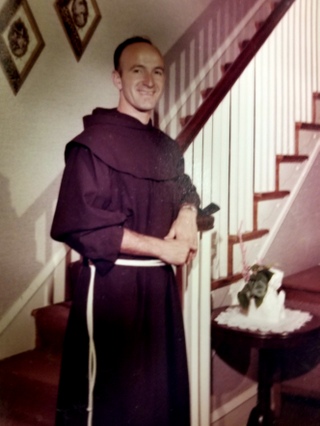 That’s where my difficulty comes in, trying to put that into language people will understand. I have the theory but don’t understand people’s experiences. So I try to introduce them to living the mysteries by making up a story. They may not pick up the mysteries fully, but the story gives them something to think about. I’m trying to make something abstract a little more concrete.

It takes me four or five days to prepare for preaching; I must re-write five times, trying to say something important and squeeze it into 10 minutes. Sometimes on a Saturday night I don’t know what I’m going to say Sunday morning. I depend on prayer, not only in preaching, but in everything. Whatever I’m doing I’m trying to see that I’m doing it with Christ. Sometimes on Sunday morning a new idea comes into my mind.

It’s very important to know who you’re speaking to, to know where they’re at, to know what they believe. The people we get here at St. Anthony Shrine are people who want to improve their spirituality, people who are really interested. One of the real clues to knowing if they’re listening is to see their faces and if they’re quiet and not moving their heads around or blowing their noses!

I want to be an outstanding preacher. But if people give me good feedback, I try not to let that go to my head. That’s false and it’s going to disappear. If you accept your weakness and brokenness, your soul profits more from that. I want to be able to preach and give God the glory. When I preach I stress love: Christ loved us; he died for us. Not only love, but we are ONE with Christ. Like St. Paul says, “It is no longer I who live, but Christ lives in me.”

(Now 87, Fr. Joseph Ricchini lives in retirement in Cincinnati and is involved in Word and Sacramental Ministry.) 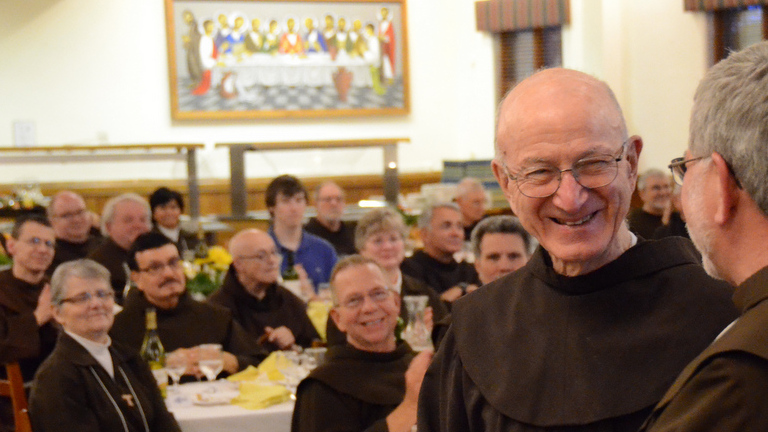 Fr. Joe at his Jubilee Celebration in 2016

Lent around the Province: Franciscan perspective