Renewal among the ashes

When I first heard about the massive fire at Notre Dame Cathedral on Monday afternoon, there was stunned silence, then tears. It was really tragic, even catastrophic, to see this beautiful Gothic work of art being consumed by flames as the world watched helplessly. We spoke of it again at our dinner table, wondering how it was started and whether they could have done anything to prevent it. As of this writing we have not learned of its exact cause, but it came as a relief that it was not intentional violence once again. Still, our hearts ache at the loss.

Wednesday morning, I saw the picture of the interior nave of the Cathedral. Burned timbers from the supports for the roof littered the floor like charred toothpicks. From the photo I could spot in the distant sanctuary a fairly well-preserved altar, and a bold, shining cross. It seemed oddly out of place in the midst of such destruction. It was surprising. And it reminded me of the confusion of the disciples when they first encountered the Risen One.

They frequently didn’t recognize Him. The Magdalene thought he was a Gardener; those on the road to Emmaus thought he was an Uninformed Stranger. For the disciples on the shore of Galilee, he was the Cook putting together a tasty fish breakfast. They did not know Him. 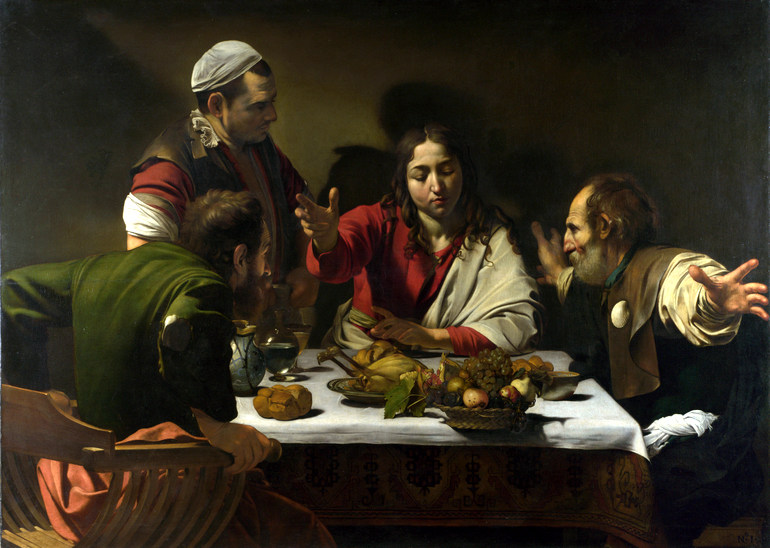 This Cathedral was the center of Catholic life and of France for 800 years. In fact, there was a gold star in the Cathedral, sitting on the island in the middle of the Seine, which all streets in Paris were meant to point towards. And yet, most people know that the Catholic faith is at its lowest ebb since its national introduction through Clovis. Practicing Catholics have dropped to 12% of the population. The Cathedral is so named because it holds the cathedra, the chair of the Bishop. Yet such basic meaning could be lost, left in charred remains.

Our own Province numbers are diminishing. As a provincial I join other provincials who lament that we “just don’t have a bench” of new men ready to jump in and take over familiar roles. And so I wonder as we approach this Easter, am I too “looking for the Living One among the dead,” as the angel told the Anointing Women who rushed to the tomb early on Easter morning? Is the Presence of Jesus beckoning us to a new way of a revitalized Franciscan life? St. Francis himself serves to point us to the golden internal cross that cannot be destroyed by fire or any other disaster.

I believe that our Revitalization begins by touching the Risen Christ in our midst. He probably looks so ordinary – like a Stranger, a Gardener, a Cook. And yet, when He speaks, our hearts are on fire. When He confronts our own Petrine denials, we find forgiveness in His Voice. And then we want to give that joy away in our own fraternities: intentional prayer and contemplation, some really delicious meals together, perhaps an outing to bowl together, and service.

Yes, service! While Notre Dame is receiving millions of dollars for renovation, what have we done in our own country for the three black churches that burned just last month near Opelousas, Louisiana? How are we living and learning with the poor in our neighborhoods? Do we do what Jesus told us to do: wash the feet of those in need; scour our places of ministry for the Lost One; announce with our laid-down lives the joy of the Gospel?

On Palm Sunday our brother, Eric Seguin, renewed his vows in the midst of all the friars of the Detroit cluster at Transfiguration Friary. His renewal was catalytic in renewing our own. Yes, we will see Him – in our well-worn Galilees, our back yards. The Cathedral we knew may have burned, but God can tease glory out of any destruction. And we testify to the little world around us that is looking for the living one among the dead: He is not here. Christ is risen! Alleluia! 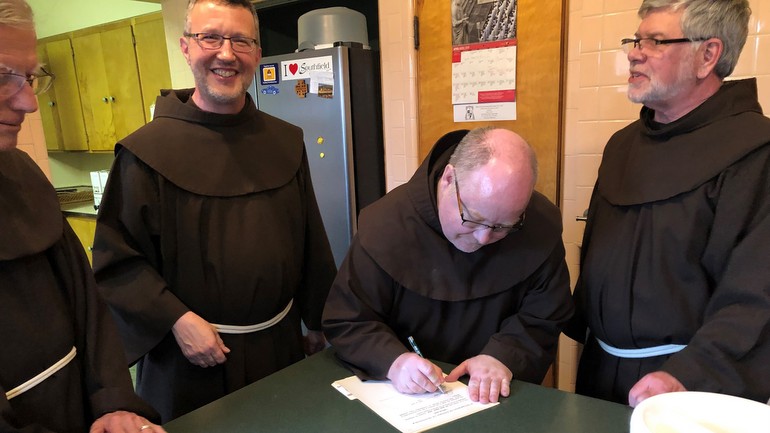 Franciscan Joy: Hope is the gift of Easter

The journey to contemplation