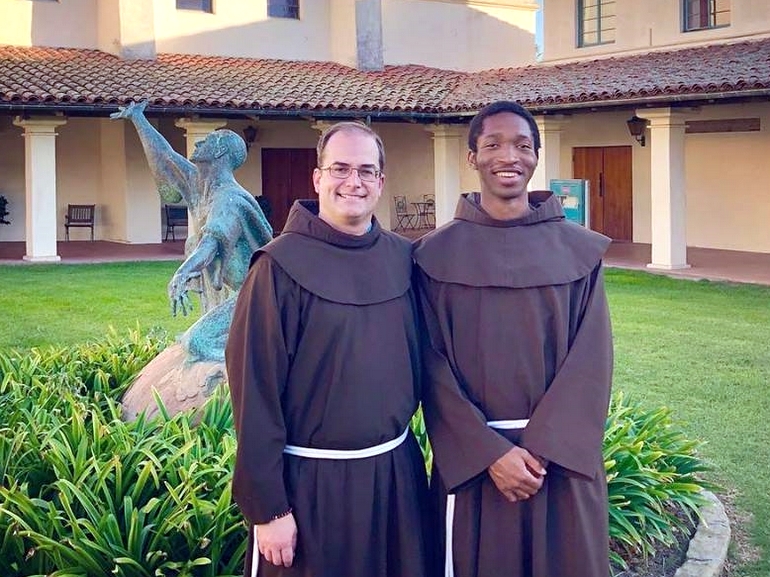 Matt Ryan and Raphael Ozounde at the Interprovincial Novitiate in Santa Barbara, California

Franciscan life in our Order begins with Initial Formation. 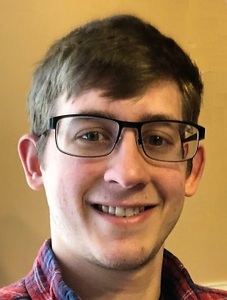 This week I have been in Colorado Springs with the Secretaries of Formation (including our own Carl Langenderfer) and some representatives of each level of Initial Formation. I serve as the Provincial Liaison to Initial Formation and hope to communicate to the other five Provincials some of the discussion that has gone on here. The focus has been on the smooth transitions between the various stages in what will become the new Province’s single formation program.

Just a reminder of our own men in Initial Formation. Joshua Richter has completed his year of postulancy and will return to visit some ministry sites of the Province and learn about our history. He will then be received into the novitiate at the Chapter of Mats in July.

Matt Ryan and Raphael Ozoude are completing their novitiate in July. If approved for vows, they will make their first profession on July 2. After a vacation they will come to the Chapter of Mats in Denver in July. They will then be in the Province for a few weeks before beginning the Post Novitiate experience at St. Joseph Friary in Chicago.

John Boissy will begin a staggered year of a Supervised Time in the Province by working and living with Page Polk and the St. Barbara friars this summer at the Franciscan Renewal Center in Scottsdale, Ariz. 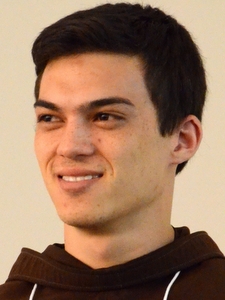 This internship will include some time of learning catechesis from their top-of-the-line program at the Casa. He will return to Chicago in the Fall to complete his bachelor’s degree at DePaul, with the hope of further time in Scottsdale during the Winter/Spring of 2020.

Eric Seguin is now living and working at Transfiguration Parish in Southfield, with Jeff Scheeler as a mentor. His initial supervised time was cut short due to visa difficulties. Now he will help out with the Poverty Program, as well as doing home visits, bringing Holy Communion to shut-ins and nursing home residents.

We are proud of our men in Initial Formation, but also of those friars who have gone the extra mile in accompanying these men. Carl Langenderfer has spent many years as a formator (including mine some 39 years ago!). He is now finishing his time as Secretary of Formation, having done a great job in helping steer us into a fully interprovincial formation. Frank Jasper will take over the reins in July. Tim Lamb has been the new Vocation Director, with a prospective postulant moving toward Postulancy in August. Ed Demyanovich lives with the friars of the Postulancy in Silver Spring, Md., inspiring and teasing the postulants, and laboring to keep the building in working order. I am grateful for these brothers’ service to our new brothers. 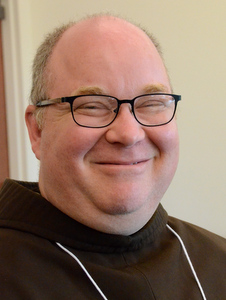 With the recent shift in formation in other centers, some friars have walked with the new brothers through a week or two at our own Provincial sites: Jamaica, Detroit and Cincinnati. They teach our history, explain our work, introduce them to our regular lives, and reflect on its meaning with the new men. There are other friars who serve on our Admissions Board and Formation Council. Thanks!

Of course, special thanks goes to the friars whose expertise is providing space for discernment and growth. These brothers from the other five provinces serve as formators for the new brothers at Holy Name College in Silver Spring, Santa Barbara Friary in California, and St. Joseph Friary in Chicago. They create a sacred opening for learning and growth in this Franciscan way of life.

I appreciate the many friars who have accompanied the new brothers over the 175 years of St. John the Baptist Province. It has led us into the adventure of our lives: a life of prayer, ministry with those in need, and a fraternity of brothers pledged to living the Gospel of Jesus in new ways in our world today.