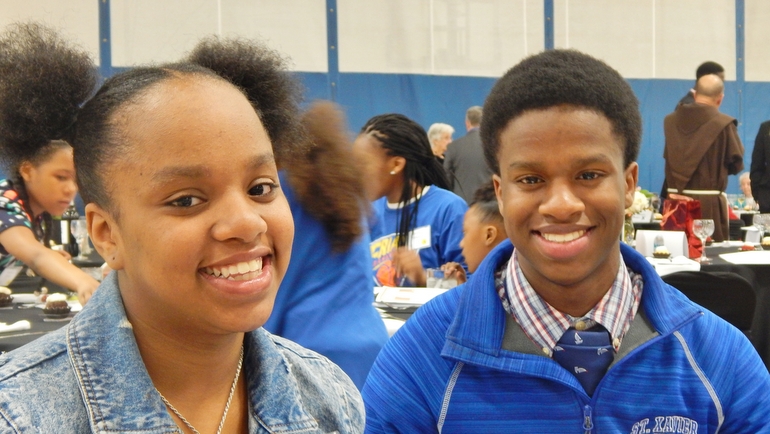 Friars Kids Jailyn and Douglas Thorne at the Community Dinner

There are a lot of all-stars in the room tonight. Some of them play basketball. 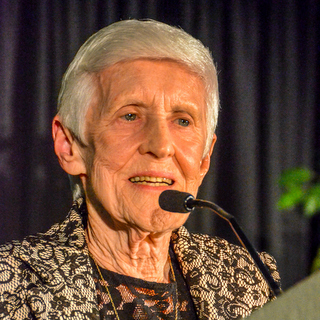 But most are supporters, coaches or staff of Friars Club. Four are honorees, people so selfless they give us pause about our own attempts at altruism.

All are here for a common cause, to raise funds that will ensure kids a safe and nurturing place to call their own. At the Friars Club’s 47th Annual Community Dinner, not everyone gets an award. But they probably deserve one.

On this night, April 26, they are gathered on courts converted into an elegant dining room, with poshly decorated tables in a space that normally swarms with kids shouting, dribbling, and shooting basketballs. Seated near the front are four folks to whom the evening is dedicated, people “who exemplify in their lives the Franciscan tradition of service to others.”

Among them is Sr. Rose Ann Fleming, SND deN, adviser to Xavier University’s athletes since 1985 and a pillar of its academic excellence. “Under her leadership, the Musketeers’ basketball team has showcased a 100% graduation rate,” according to the program booklet. 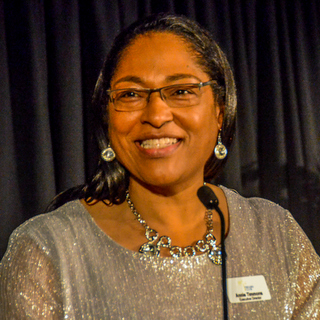 Informed she would receive The Friars Award for 2019, “I was dumbfounded,” she says. Rose Ann is an alumna of sorts, a former Board member whose nephews were Friars Kids. At the dinner she is reunited with Kevin Coker, a 6-foot-6 former Xavier player who envelops her in a bear-hug. Kevin credits Rose Ann with much of his success as a three-time member of the Big East All-Academic Team. He is somewhat biased when he says, “She’s awesome, isn’t she?”

Scattered throughout the audience are present-day Friars Kids like ninth-grader Douglas Thorne and his younger sister, Jailyn, who are hoping their presence will inspire generosity. Asked about their favorite activity, they respond in unison, “Basketball!”, and Douglas explains. “It’s a pleasure to play here, and an opportunity to meet new kids” from different walks of life.

The format for the evening is predictable: dinner; awards; fund-raising auction. But what usually unfolds comes straight from the heart. It’s a moving reminder of the good that goes on in an organization that has quietly pursued its mission for 159 years: enriching the lives of youth through sports, education and leadership programs. 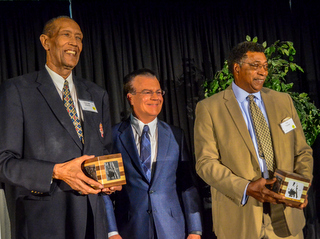 The host for the dinner, news anchor Rob Braun, considers himself family. “I’ve been here for most of my life, as was my father [TV personality Bob Braun] before me,” he says, then promises, “We have a big night and it’s gonna be fun.” Thanking a long list of supporters, he invites Provincial Minister Mark Soehner forward to bless the food. A video projected on the wall, a microcosm of Friars Club, shows kids being kids, engaged in unbridled fun – just as it should be.

After dinner Rob hands the spotlight to Executive Director Annie Timmons, the face and heart of Friars Club for 41 years. “She runs Friars Club,” says Rob. “In fact, she carries it on her back.”

Annie reminds the audience, “We’re here for two reasons: to honor some incredibly deserving people, and second, as a fund-raiser for Friars Club. Friars Club is a great place for kids. Sports is the hook, but the more they’re here, the more they develop life skills and positive values.” 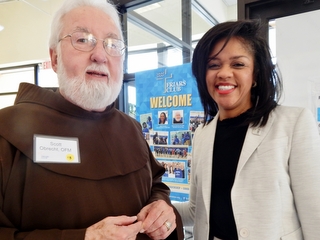 This year, Annie dedicates the evening to her late niece and goddaughter, Danyelle Echoles Byrd. A Hall of Fame basketball player at Northern Kentucky University, Danyelle died unexpectedly last year of a brain aneurysm at the age of 31. “I am asking tonight on behalf of my little Danyelle,” says Annie, the pain still evident in her voice. “I’m asking you to give.”

As the program proceeds, two tall, distinguished men troop to the podium, one after the other, to accept The Francis Award, “presented to those who demonstrate the Franciscan spirit through their community leadership on behalf of others.” Covington native Tom Thacker was a basketball standout at the University of Cincinnati and went on to play for the NBA’s Cincinnati Royals and Boston Celtics, and the ABA’s Indiana Pacers. His post-sports career was in teaching. Tom calls Friars Club “an organization that keeps kids on a good path to righteousness.”

George Wilson, another Bearcat basketball alum, played for the gold-medal-winning 1964 U.S. Olympic team before joining the Cincinnati Royals. An educator in retirement, he has devoted his life to at-risk kids. 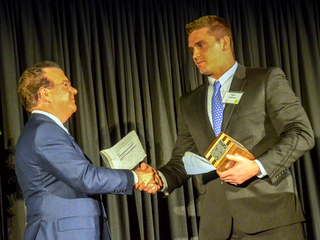 In a video intro for The Friars Award, Rose Ann is described as “a lawyer, educator and motivator” who has been “a persistent and passionate academic adviser to Xavier student athletes.” Years ago, she says, her three nephews played basketball here. One of them, Michael, told her, “I love Friars for the kind of people I was able to meet. I had friends not as advantaged as I.” For Michael, “Friars Club opened up a whole world of inclusion,” Rose Ann says. During her service as a Board member, “I was overwhelmed with the kindness and goodness of Friars and their staff.”

The final award for Player of the Year is presented to Sam Hubbard, a former Friars Kid, now a defensive end for the Cincinnati Bengals. This summer he will launch Camp Hubbard at Moeller High School to teach kids football skills and raise money for his scholarship fund. “Years ago, I was just another kid benefiting from Friars Club,” says Sam, who played in an intramural league. “My athletic career got its start here,” propelling him into football at Moeller and the Ohio State University. As a local boy, “It’s hard to describe the pride in running out of that tunnel [at Paul Brown Stadium] in my hometown every week.”

The auction that follows – with big-ticket items from generous donors – is spirited and productive, raising a substantial amount for Friars’ programs. Not everyone here manages to score a trip, a dinner party or tickets to a Broadway show.

Saying ‘yes’ to a challenge