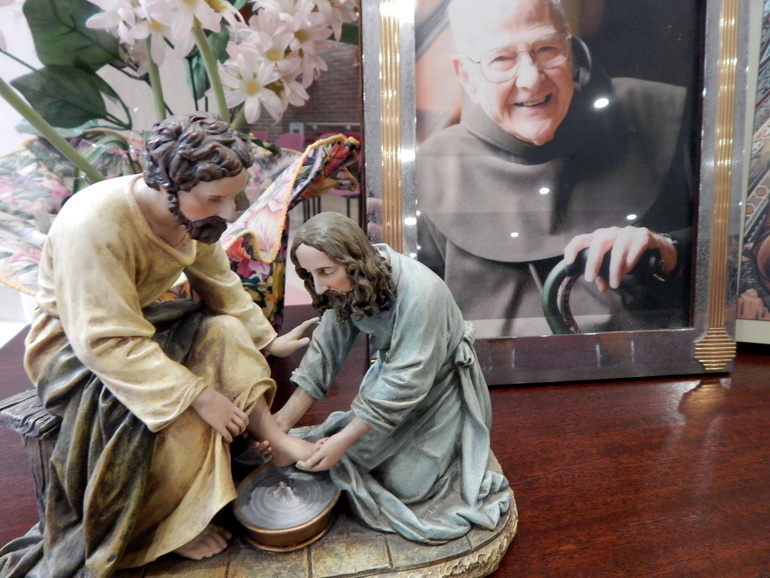 For Br. Jerry Beetz, Director of the Office of Senior Friars, the essential Cyprian was embodied in a small statue from his room showing Jesus washing the feet of an apostle.

Fr. Cyprian Berens packed a lot of life into his 95 years. 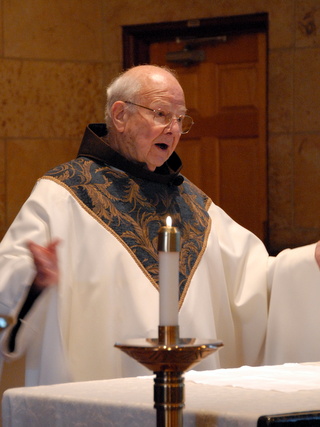 He was a pastor in Michigan’s Upper Peninsula and General Treasurer of the OFM Curia in Rome. He ran the province’s Communications Office and trained novices in Cincinnati. His influence was widespread and wide-ranging. “He really touched a lot of people’s lives,” said Beth Mosher, part of a Junior Third Order group for which Cyprian was spiritual director in the 1970s.

Living proof of his influence filled the chapel during his funeral May 17 at St. Paul’s Archbishop Leibold Home, where Cyprian lived happily the last 16 years of his life. But Cyprian lived happily pretty much everywhere he went, according to the friends, friars, fellow residents and family members who gathered to celebrate his legacy.

Fr. Greg Friedman, an intern when Cyprian was Communications Director, talked about preparing a homily for his mentor. “It was fascinating that as I heard from people about Cyp,” Greg said, “each described a different ministry as Cyprian’s favorite or the one he really loved doing.”

For Br. Jerry Beetz, Director of the Office for Senior Friars, the essential Cyprian was embodied in a small statue from his room showing Jesus washing the feet of an apostle. The figurine sat on a table at the funeral with a smiling photo of its owner. It spoke volumes about humility and servanthood. Cyprian was equally comfortable with Third Order teen-agers and Popes, with novice friars and the elderly residents of Leibold Home. 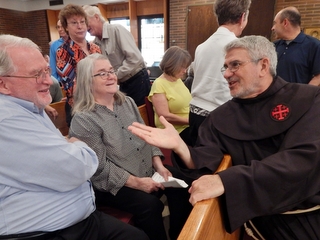 “One thing I remember most was this statue of Jesus washing feet,” Jerry said. “This man [Cyprian] had no socks. I never saw him wear socks. He had traveled and his feet, gnarled and tough, showed it.” What struck him, he said, was that “Cyprian not only washed people’s feet, he let others wash his feet.”

His impact on youth was powerful and permanent. “I always felt like I was royalty when I was next to him,” said a former member of the Junior Third Order. “He made you feel that way.” A dozen cousins, nieces and nephews shared memories such as, “I grew up with Father Cyp very much of an influence in my life.” In the years Greg knew him, “Cyp always talked to us about all of you and involved his family in his life as a friar.”

Laughter erupted as one of them shouted, “It’s SENIOR now!” 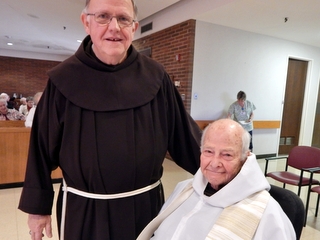 In his homily, Greg pulled together the colorful pieces of Cyprian’s life “as we might put together a puzzle” to show the full picture of how he “witnessed to the greatest of all stories: the story of Jesus and his life, death and resurrection. As a pastor and as a communicator, Father Cyprian Berens did that many times.”

In the obituaries he wrote, Cyprian told stories about friars “to share with others a witness of the friar’s faith, of his struggles, of his love of God, in order to help those of us among the living to grow in faith and in love of God.”

Today, Greg said, we cherish “those puzzle pieces that are our own memories from Cyprian’s life,” pieces that tell “the bigger story.” Which of those pieces was most loved by Cyprian, most significant to his story?

“Was it Cyp’s international work in Rome with the finances of our global fraternity?” where “he had to learn Italian and foreign bookkeeping on the job”? Of course, he was assisted by some saints along the way such as Mother Teresa, whom he met frequently, and Pope John Paul II, who washed Cyprian’s feet in a Holy Thursday service. “Cyp once recalled, ‘Pope John XXIII told me not to feel confined in an office as Curia Treasurer, counting numbers all day. He understood because he, too, was a Bishop’s secretary when he was younger.” 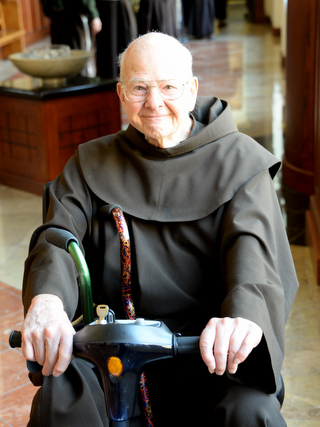 Fr. Cyprian cruising along on his scooter.

Greg said his “own best” story was working and living with Cyprian when he was Communications Director. “Cyp took special care of each man’s story and of the history of our province which he loved.”

When Cyprian was an international confessor at St. John Lateran in Rome, “In that time, it was the thing he most loved doing.” Of Cyp’s decade as pastor of St. Paul’s Parish in the Upper Peninsula, Dan Anderson wrote, “He often spoke of these years as among the happiest of his life.” And of Cyprian’s work at Leibold Home, where he was “deeply loved”, Greg said, “All you sisters and residents could well say that it was the best time of his life. And it was!”

The fact that every assignment seemed to be “his best” said more about Cyprian than any particular ministry. According to Greg, “As more than one friend or colleague said, ‘My own experience of Cyprian was that he was among the kindest and most compassionate people I’ve met.’” One friar told Greg how much Cyprian loved his brothers, saying, “The morning when I read the news of his death, though I never lived with him, I welled up with tears.”

What made Cyp so special, Greg said, looking at the entire puzzle, “was his conviction that in every experience of life we are sustained overwhelmingly through him who loved us,” as revealed in the readings chosen for the funeral. That conviction is “a living experience of meeting Christ in and through all that a grace-filled life reveals.” In his 76 years as a friar, Cyprian “shared in, and freely gave Christ to others in his compassionate relationships of ministry and life.”

Those whose paths converged with Cyprian’s – from the General Curia to a home for the aged – said they were lucky to be part of his remarkable story. 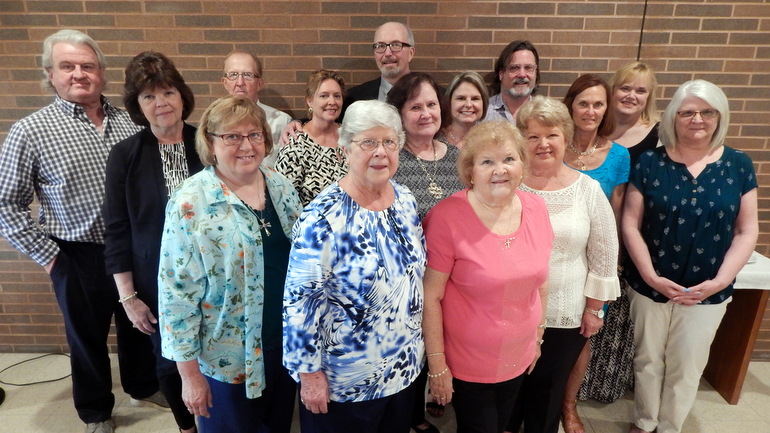 Novena to St. Anthony of Padua