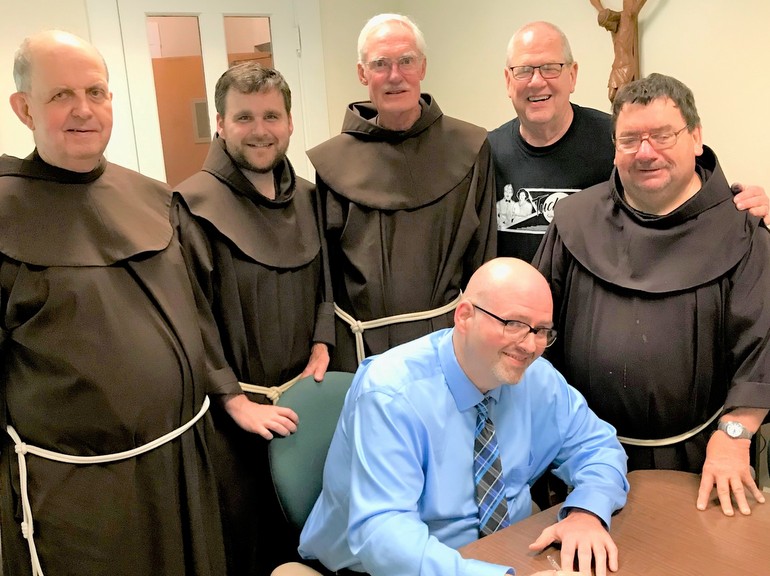 On May 18 and 19, The Postulancy Admissions Board met at St. Anthony Friary in Cincinnati. There were four men presented to the Board. Three were recommended to the Provincial for admittance to the 2019 Postulancy class which begins Aug. 14, 2019. On May 23, 2019, Provincial Mark Soehner approved the applications of Phillip McCarter, William Compton, and Timothy Amburgey. The forth man at the Admissions Board, David Abernathy, received a favorable report and is asking for admittance in 2020.

Phillip McCarter, 28, is from the Price Hill neighborhood of Cincinnati. He is a 2009 graduate of Elder High School. He and his family converted to the Catholic faith in 1999. He is currently employed at Advanced Distribution as a warehouse shipping clerk in Hebron, Ky. Since graduation from high school he has worked in other warehouse jobs including UPS.

William Compton, 23 years old, is from Tampa, Fla. He is currently employed at a Publix grocery store where he has worked since 2015. He and his family knew our late brother Fr.Rock Travnikar. He has been very involved in his Parish, St. Lawrence, as an altar server and cantor at Mass. He is also involved in volunteer community activities.

Tim Amburgey, 44, is from Lynchburg, Ohio, north of Cincinnati off US 71. He currently works as an evening shift supervisor at Deluxe Entertainment Services, which is involved in electronic motion picture distribution for companies like AMC theatres. He converted to the Catholic Faith in 2011 and was a Methodist. He is a member of St. Columbkille Parish in Wilmington, Ohio, but does go to other parishes in the city on Sunday. He has been very involved in civic organization in the past, including the Boy Scouts of America and the Lions Club. 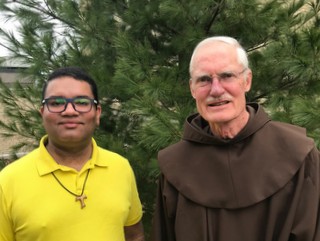 These men will be joined in the Postulant program at Holy Name College in Silver Spring, Md., by Brian Menezes, who was approved earlier this year. Read about Brian here.

Dave Abernathy, who is 45, lives in Freeburg, Ill., and works as a Police Officer in nearby Belleville, located in the southern tip of Illinois. He is the youngest son in a family of 10 children (five boys and five girls). Dave is a graduate of Western Illinois University with a dual major in Criminal Justice and Spanish. He is very involved in parish events when his work schedule allows. He applied this year in order to ensure his place so that he can work the coming year to earn a retirement as a police officer.

One soldier's story of Normandy

50 years ago when men landed on the moon, where were you?