He steered against the wind 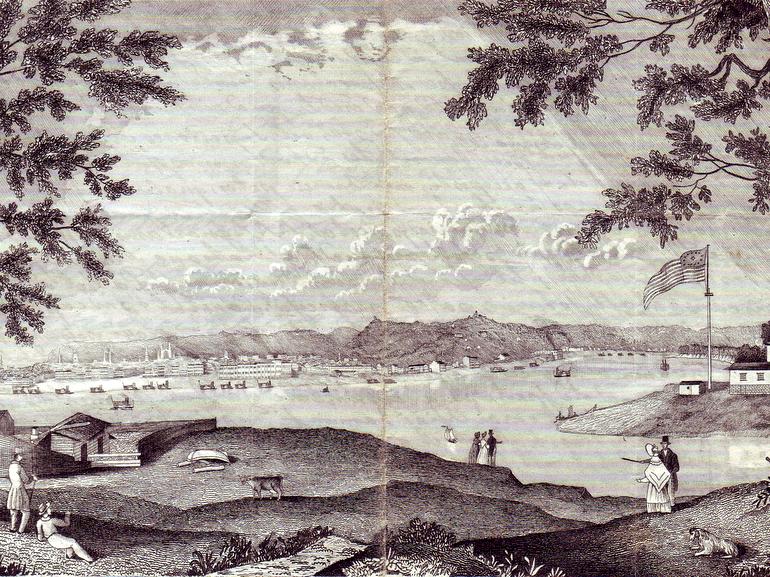 When I was a novice in 1980, we studied the history of St. John the Baptist Province. It is difficult to start almost anywhere else than the arrival of William Unterthiner in Cincinnati in 1844.

His courage and trust in God “giving His grace” continue to inspire me. The dynamic that I see in him is one of “reading the Signs of the Times” and adjusting the Franciscan life in practical ways that ignited the Gospel for others. Like the boat from Europe that brought the friars here, they needed to learn to “tack”, that is, to steer against the western wind in a zig zag manner. The new group of friars in Cincinnati were frequently criticized in not observing the Rule. This misunderstanding of the Tyrolese friars who had never experienced the American reality had to weigh heavy on him. The 1854 Chapter in Tyrol, Austria (our Mother Province), tried to recall the friars, since it did not seem likely to them that the Franciscan life could be lived in the United States.

Yet, Unterthiner stayed. Not only stayed, but thrived. He became an American citizen. He, Archbishop John Baptist Purcell and the Congregation for the Propagation of the Faith in Rome objected to the Chapter decision. When the Minister General overruled the Chapter decision, the friars were able to legitimately remain. Once again they needed to “tack” when the Tyrolese Province in 1857 tried to recall the friars, but again the Minister General overruled them. While still a small group, the Cincinnati friars proposed a Custody, and then became a Province in 1885.

This dynamic of Unterthiner to read the signs of the times and to tack in order to make headway against a strong gale force wind succeeded in allowing the Order to flourish in the many places God sent us over the years. God still gives His grace to those who ask. As we move into the headwinds of a new time, we trust that grace, that strength. We place our lives into God’s Hands as we help others to notice God’s Beauty: Ever Ancient, Ever New.

Read about the life of Fr. Wilhelm Unterthiner here.