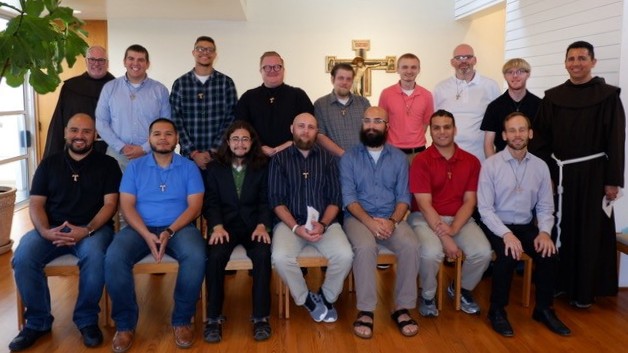 Fourteen men were accepted into the interprovincial postulancy program.

SILVER SPRING, Md. – They range in age from 22 to 45 years old and come from a variety of cultural, educational and employment backgrounds. The 14 men accepted into the 2019-‘20 interprovincial postulancy program Aug. 22 at Holy Name College have “a wonderful diversity,” according to friar Charley Miller. 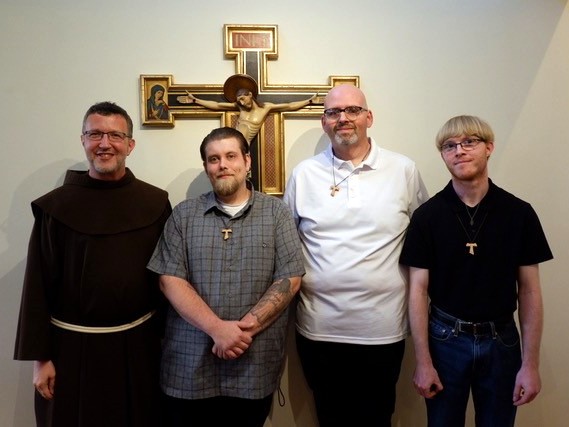 The postulants represent all six U.S. provinces participating in the Revitalization and Restructuring process. Along with Charley and other members of the postulancy leadership team, they were welcomed by provincial ministers, vocation directors, and the local community of friars.

In his homily based on Jeremiah and Jesus’ encounter with Zacchaeus, Holy Name Provincial Minister Kevin Mullen reminded the new postulants that their Franciscan call builds upon their core vocation as baptized Christians. He said that it “doesn’t separate us from other Christians, but calls us to stand with them and for them.” He predicted that their lives would be quite different from those of past and current friars – but that they would not be alone as builders of the future Church.

Asked to sum up the meaning of Francis, postulants responded with words like “radical”; “peace”; “joyful”; “disciple”; “helper”; “universal”; “devoted”; “compassion”, and “fraternity”.

Three of the new postulants led the music, and the celebration ended with a rousing rendition of We Are Called from 40 voices.

(Adapted from a story in the Sept. 11 edition of HNP Today. Thanks to Jocelyn Thomas and Charley Miller for their reporting.) 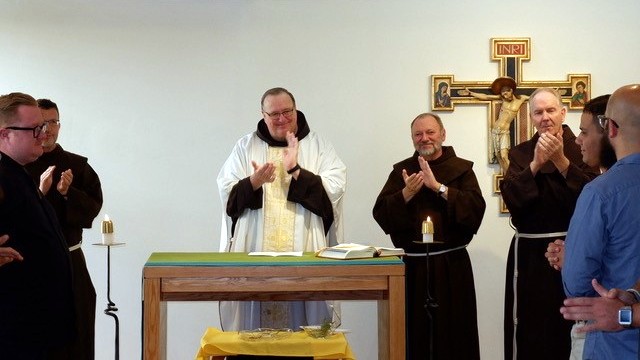