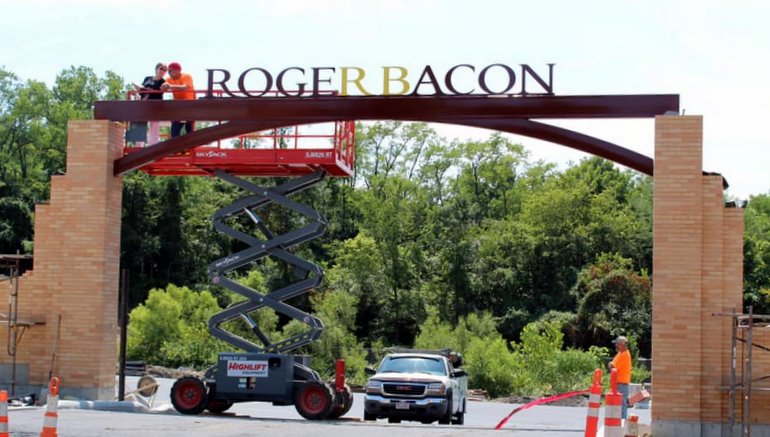 On Friday, Sept. 6, Roger Bacon christened the new with a bit of the old. A who’s-who of Roger Bacon legends, alumni, students, family, and friends returned to Bron Bacevich Memorial Stadium for the re-dedication ceremony.

A capacity crowd was on hand for the re-dedication after the completion of the first phase of an ambitious renovation project. President Tom Burke ’69 was joined at midfield by four Roger Bacon icons. Former principal Fr. John Bok, ’53; state champion boys soccer coach Mr. Dick Arszman ’59; Dr. Bernie Bacevich ’59, son of our legendary coach; and band director Wes Neal were all there to re-dedicate and bless our historic venue.

A reception before the ceremony reunited many athletic greats, administrators, distinguished alumni, and friends of Roger Bacon.

RB’s football team then took the field against Newport Central Catholic. Junior Corey Kiner led the way with more than 200 all-purpose yards and three touchdowns as the Spartans cruised to a 41-14 victory, taking their record to 2-0 on the season. It was a great night to be a Spartan! 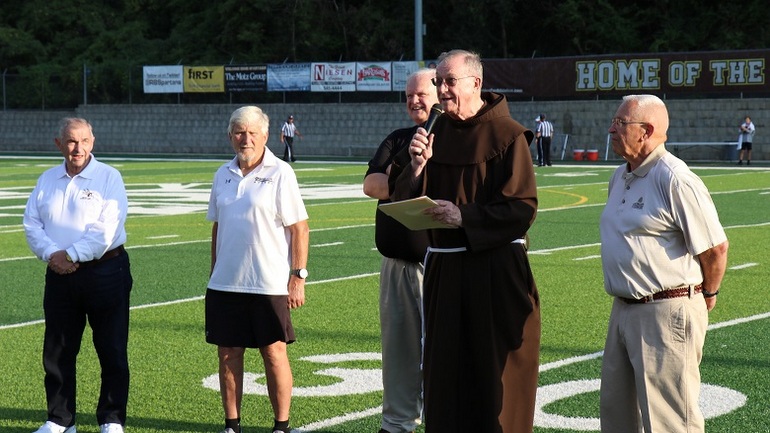