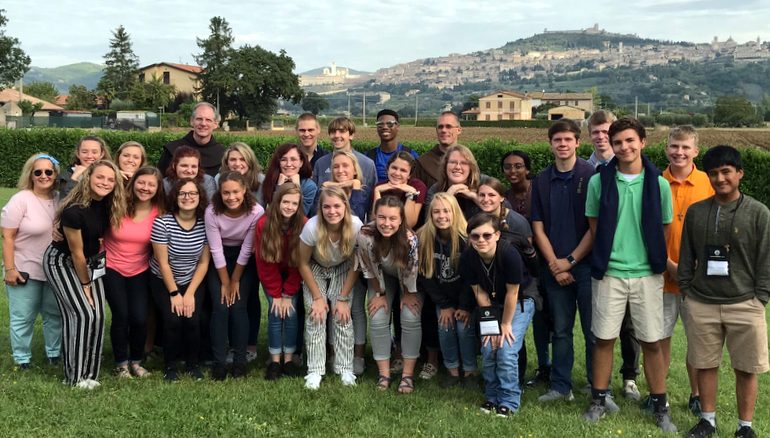 Roger Bacon’s Assisi Scholars gather for a photo with Assisi as the backdrop.

(Last month 23 seniors from Roger Bacon High School in Cincinnati set off on a life-changing journey, walking in the footsteps of St. Francis. Their week-long pilgrimage to Assisi and Rome was the reward for three years of academic and personal excellence. They returned with a trove of memorable moments. Here are some of them.) 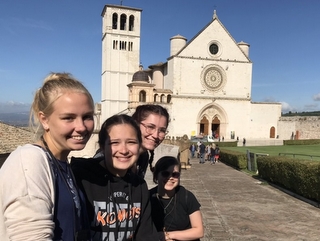 Lindsay Ballinger
The most valuable part of the trip for me was going up into the mountains and sitting in peace and quiet with all of our inner thoughts. We could be there with God alone and were surrounded by all his creation and admire all of its beauty and all the good things in our lives.

Kelly Brenner
My favorite part about the trip was when we were given time for personal growth in faith and spirituality. We were given a lot of time in silent reflection in different locations, and that helped me to look deeper into myself and really think about what my purpose was on the pilgrimage.

Sydney Cardwell
While in Assisi, Italy, we were given many opportunities to have personal quiet times in various churches. My relationship with God grew during these times, which has helped me since I’ve been back home.

Thomas DeWees
The most impactful experience I had in Assisi was going up to the top of Mount Subasio above Assisi and hiking around the friary on the side of the mountain. It was very peaceful and something I won’t forget. 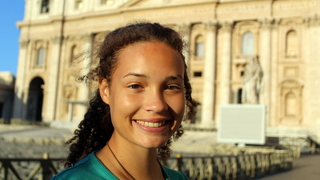 Haley Fulton
The most impactful part of the pilgrimage was sitting in St. Mary of the Angels Basilica by myself, thinking and praying in pure silence. That was the most calm I’ve been in a long time.

Mia Grooms
My most memorable experience on the Assisi trip was seeing the original San Damiano Cross in St. Clare’s Basilica. This cross gave me a sense of peace with the world and reflective time with myself to talk to God, as well as a humbling feeling, but also a sense of pride in my own worth.

Anna Janzen
The most impactful part of the trip was being able to walk in the same steps as St. Francis, St. Clare, friars, and the many pilgrims that came before us. I was surprised at the way our group grew as individuals but especially as a community together, because by the end of the week, I had so many new relationships and fostered new friendships that I would have never expected. 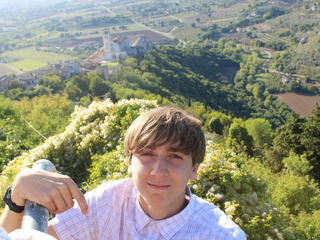 Charles Johnstone
The most memorable moment for me was being in the cupola on top of St. Peter’s Basilica and being able to see all of Rome.

Anna Juengling
Being able to walk in the footsteps of St. Francis and St. Clare allowed me to reflect on my own calling in life and how I can grow in my Catholic faith.

Rose Kaetzel
The most meaningful part of my experience on the Assisi Scholar trip to Italy was the opportunity to build closer relationships with the people within the program and make new friendships with my own classmates, the students from Oldenburg Academy, and the leaders.

Bryan Koch
The most impactful moment was being in St. Francis’ Basilica and seeing how important and impactful St. Francis was to the Catholic faith. 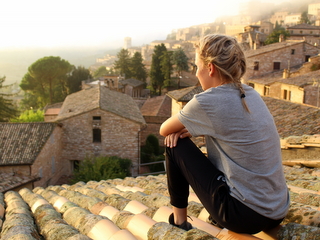 Miriam Kolis
The Assisi trip was a real time for bonding within our Assisi Scholar group. Having the chance to travel to Italy to truly let go and enjoy life without other burdens was a privilege that we worked very hard for over the last few years.

Josiah McGee
The trip as a whole was a much needed spiritual journey. In the different churches and historical sites we visited, it allowed me to reflect on who I am and what things I can do to make myself a better individual.

Reiko Hargis-McGuirt
The most meaningful part of our trip to Assisi was how close we all became on our pilgrimage. Returning home does not mean our pilgrimage is over; it’s only just beginning.

Annabelle Merz
The friendships I formed and the people I grew closer to was the thing I will take most from this pilgrimage. The experience of touring the holiest places in our faith with my peers is something I will forever value. 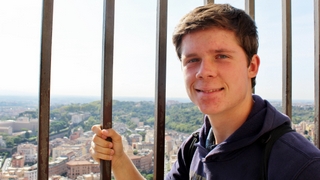 Patrick Mulcahey
The most memorable part of the Assisi trip for me was praying in front of the San Damiano Crucifix. Realizing that Francis actually prayed in front of this cross was an unbelievable experience.

Megan Shooner
The most memorable experience was going to the dome of St. Peter’s. It was a long trek, but worth the view to see Vatican City from the highest point.

Lucas Strunc
Assisi was a surreal experience. My favorite times were the nights we spent outside, having fun and taking in the experience.

Rebecca Mae Spears
The most impactful part of the trip to Assisi was serving for the Mass at St. Clare’s chapel. I had never served before and I was very anxious about it, but during the Mass I really felt like God was speaking to me through serving.

Pablo Veran
One thing I would take away from the trip is going to the roof of the hotel building and getting to see the beautiful view while spending time with my closest friends.

Ryan Wissel
The most memorable part of the trip was when we went up to Mt. Subasio. I thought it was really fun and nice to get to be by myself for a little while and think about whatever came to mind.

Wongelawit Yohannes
On the Assisi Scholar trip, we further grew as a community by learning about St. Francis and building strong relationships with one another. 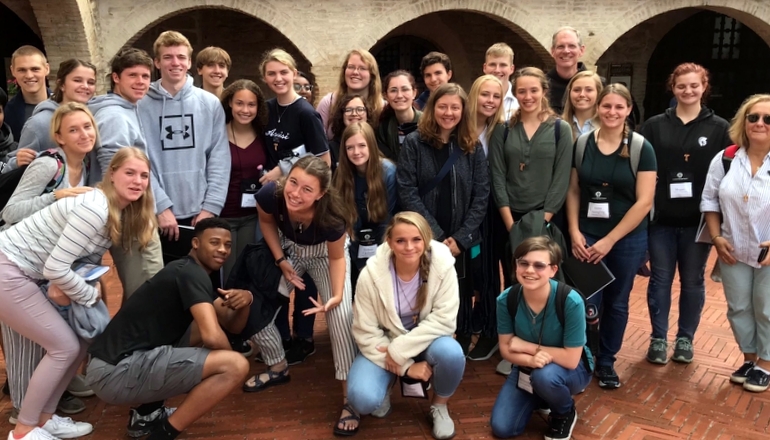 The Assisi Scholars at San Damiano