Find your part in the Christmas scene 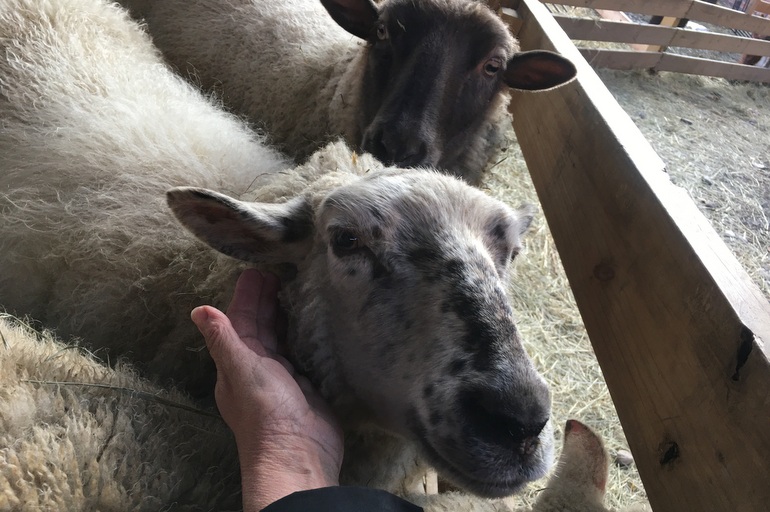 The gentle sheep welcome visitors and enjoy interaction at the Live Nativity in the courtyard of St. Francis Church.

My office looks out over a courtyard here at St. Francis Seraph Friary. In the courtyard there is the annual exhibit of a live nativity scene. Yes, live! If you live in Cincinnati you can stop by and get a chance to actually pet the sheep or goats or donkey, if they let you. This year, they all seem friendly and eager for human interaction. 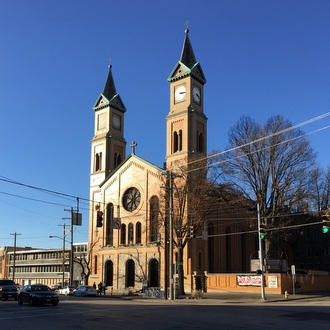 Visit the Live Nativity at the St. Francis Seraph Church in the heart of urban Cincinnati.

It takes a lot of work to get all that together, which Br. Tim Sucher faithfully – even gleefully – does. By the end of October, he’s out there with a crew, measuring, pounding, putting together a very realistic crèche scene. No wonder we call him “Father Christmas”. He even has a large number of Christmas crèches next to St. Francis School at Moerlein Brewery, which are a marvel to see.

This year on Dec. 1st Pope Francis went to the mountain village of Greccio, Italy. In this ancient town he delivered an Apostolic Letter called, “Admirabile signum”—which means, the “Enchanting Image”. In it he spoke about the importance of capturing the Christmas scene as something to be seen by all – at least in the house, or office – or on a grand scale, like at this Cincinnati friary, by the people of Cincinnati.

In 1223 St. Francis himself went to the very same village Pope Francis would visit 796 years later. St. Francis went on the night of Christmas accompanied by the friars and the people of Greccio, holding burning torches. There he had set up a scene that included a donkey and ox, sheep and a manger full of hay. As they celebrated the midnight Mass, a baby appeared in the manger for many to see. And St. Francis was so excited that he seemed to bleat like a sheep the word “Beth-lele-hemhem”. Pope Francis’ letter can be read here. He, too, is excited to move into the scene of Bethlehem. He invites all believers to find their part in this incredible gift of God.

For St. Francis the fact of the Incarnation filled him with great joy. I hope this year it will do the same for you and your friary, your family, your friends. Just think how our own lives have been turned upside down by this one holy night. Check out a Christmas crèche, and look at what lengths God will go to win our love. 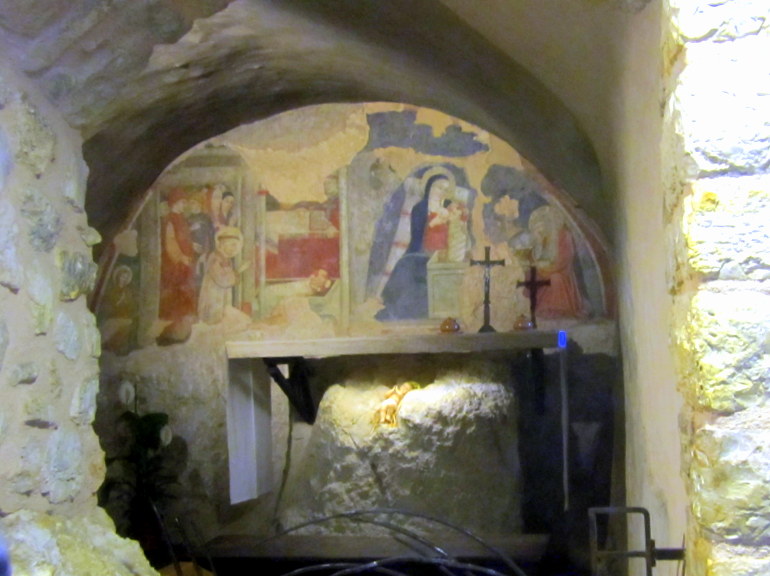 This grotto in Grecchio, Italy, is where St. Francis held the first nativity celebration in 1223.

Away in a manger