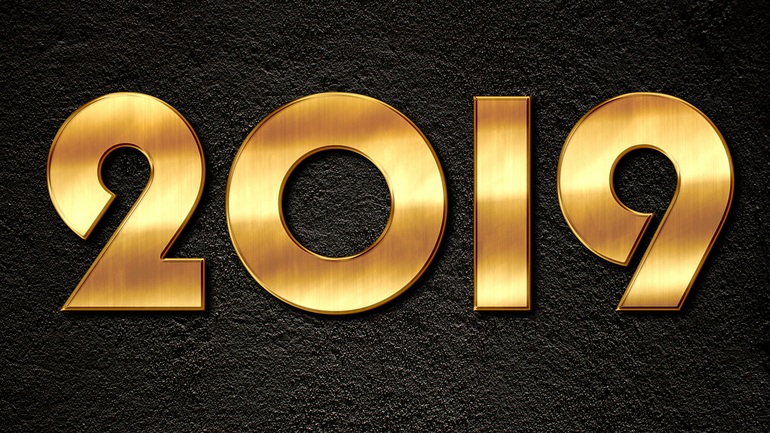 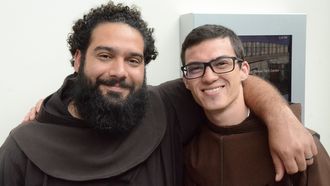 Roberto Serrano, HN, with John Boissy, SJB, at the Chapter of Mats 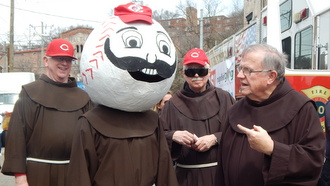 Who was that mysterious friar in the Opening Day Parade? 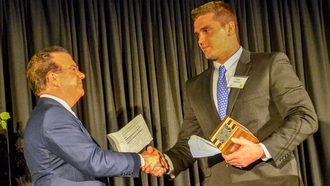 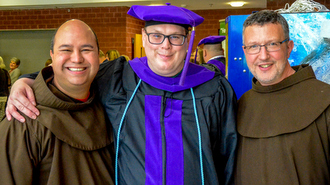 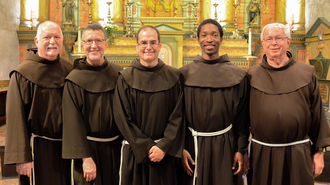 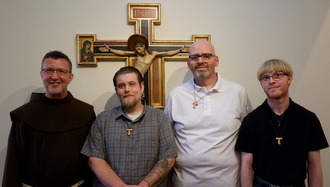 5-9: Mark Soehner attends the CMSM National Assembly in San Antonio, Texas.
10: 17 friars attend the Transitus of Clare service with the Cincinnati Poor Clares. Mark Hudak presides over a full house on their feast.
15: Minister General Michael Perry is hospitalized in Chicago after a bicycle accident. Anticipated return to Rome is in eight months.
22: SJB Postulants Phil McCarter, Tim Amburgey and William Compton are received into the postulancy in Silver Spring, Md.
25: Carl Langenderfer and Humbert Moster are guests of honor at the 175th anniversary celebration of St. Mary’s of the Rock parish in Batesville, Ind. 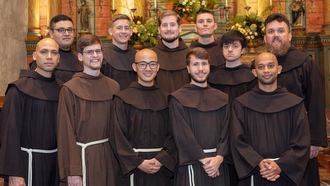 Novices at the Rite of Investiture 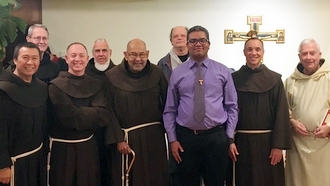 Brian Menezes is welcomed into the Postulant fraternity

1: Brian Menezes is welcomed into the Postulant Fraternity in Silver Spring, Md. Brian had a delay with his visa as a Canadian citizen.
11: SJB is one of six provinces featured in Franciscan Friars Coast to Coast (Arcadia), a pictorial history complied by archivists and edited by Jack Clark Robinson.
14-21: Pat McCloskey attends a celebration for 550 years of Friars Minor in Lithuania and 30 years of renewed ministry, representing the province and the ESC in his role as Executive Secretary.
15: Sr. Anthony is officially welcomed into the Poor Clares of Cincinnati, having transferred from the Memphis, Tenn., monastery that closed.
16: Administrator Tom Speier welcomes guests to Holy Name parish in Cincinnati for a celebration of Black Catholic History Month.
17: Jeff Scheeler arrives in Rome for “visitor school” in preparation for his work as General Visitor to the Maltese Franciscan Province. 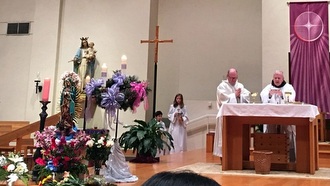 The Feast of Guadalupe at St. Clement

Murray Bodo’s expanded edition of his book, Mystics: Twelve Who Reveal God’s Love, is featured in the December edition of the OFM’s Fraternitas.
11: Joachim Lux dies; his funeral is held Dec. 16 at St. Margaret Hall.
12: St. Clement Church celebrates its first Spanish Mass for the Feast of Our Lady of Guadalupe.
20: Bill Ollendick dies. His funeral takes place Dec. 24 at St. Clement Church.