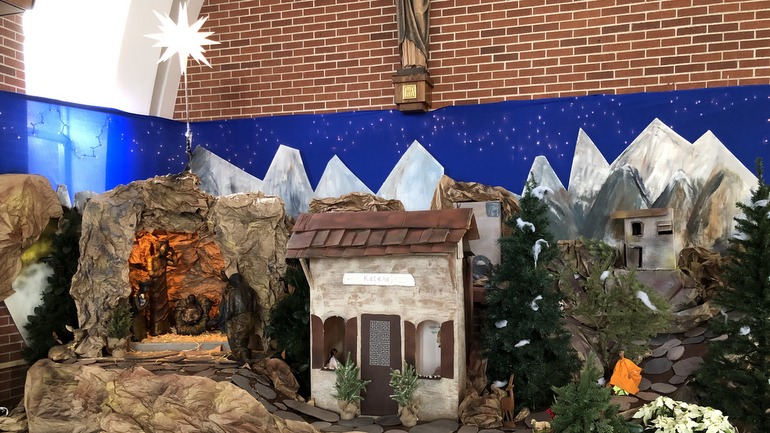 A new creation every year 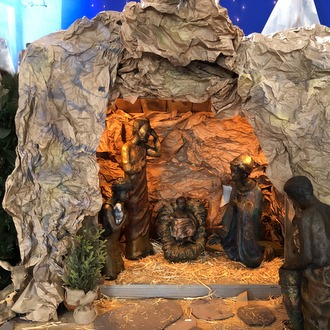 The nativity is in a cave

“It’s kind of like a spiritual journey,” friar Robert Seay says of his annual Christmas project, the design and construction of an elaborate nativity scene. This year’s creation at St. Mary of the Angels Church in New Orleans was more like a nativity village, as Robert and a team of helpers expanded the usual theme to depict the broader setting of the birthplace of Jesus. “We built a cave, and an inn, and you can see people inside,” he says.

Most years Robert starts developing an idea, usually executed with painted cardboard or paper products, a couple of months before Christmas. “I’ve always been able to get someone to help”; this year a carpenter, his wife, and friar Juniper Crouch all pitched in. Photographer Juniper chronicled the construction from a pile of boxes to the finished display.

Robert figures he’s created more than 50 of these scenes over the years, starting when he was in brothers’ school. It’s always a variation on the original theme – with a twist. “I could never stand to do the same thing every year.” 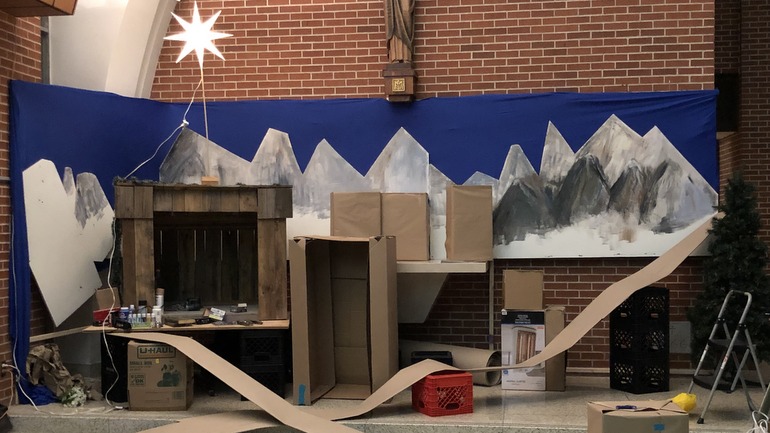 The boxes that will become the creche

Away in a manger