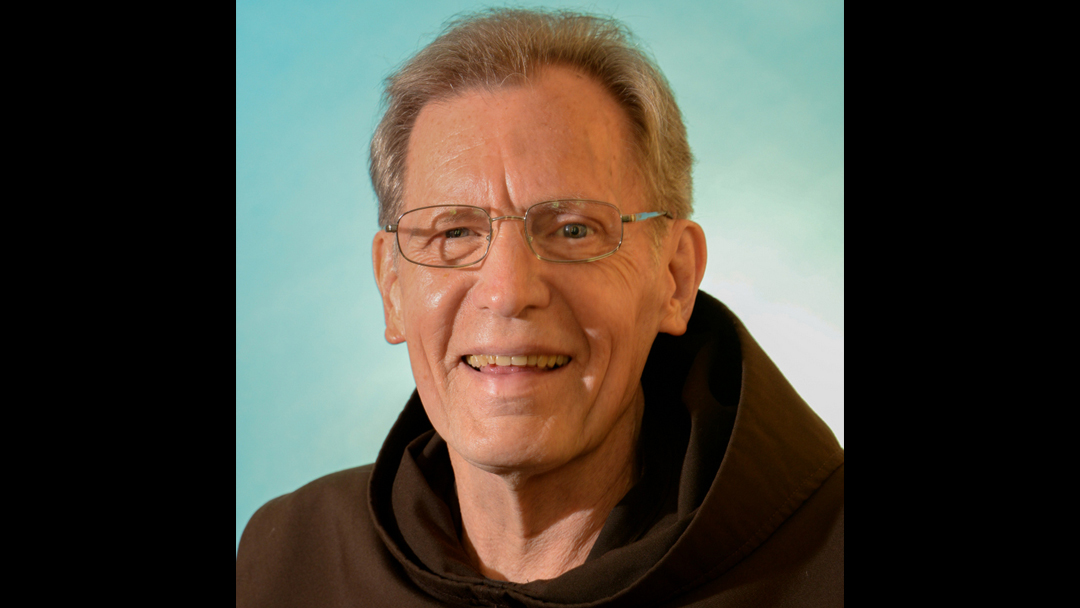 When he walked in and saw a baptism, “I thought I was in the wrong church,” said a friar attending the funeral reception for Fr. Bill Ollendick, OFM. But no, by some quirk of fate, St. Clement Church was serving dual purposes on Dec. 24, with the entry reserved for a young man’s baptism and the rest of the church given over to the funeral visitation for friar Bill. 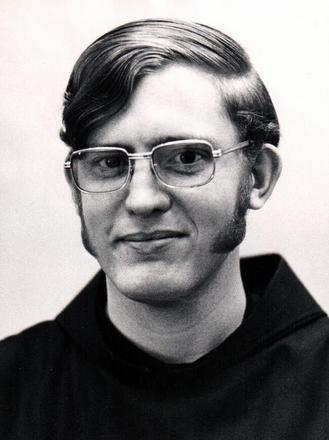 Fr. Bill as a young brother

It was something to see. Just inside church, a St. Clement second-grader in a white suit with a gold tie was surrounded by family gathered for his baptism. At the opposite end of the church, the 91-year-old mother of Bill, a friar who had died unexpectedly the week before, was greeting mourners next to her son’s casket.

Talk about the circle of life.

Both groups were surrounded by red and white poinsettias and miniature Christmas trees that reinforced a festive theme. “There’s new life and new life,” presider Fr. Mark Soehner said, referring to the baptized boy and the friar whose life had ended so suddenly. It added to the poignancy of Bill’s story, captured nearby in a display of memorabilia. In a photo frame engraved with the words, “Dreams Do Come True” were four photos, two showing 9-year-old Bill playing priest with his family, two from his ordination at the age of 51.

For 32 years Bill was a Franciscan brother, serving as a cook, a teacher, and working in pastoral ministry in Louisiana, Arizona, New Mexico, and Ohio. Still drawn to the priesthood, he then entered a lay pastoral ministry program in 1992 and eventually completed the M.Div. program at Catholic Theological Union in Chicago. In well-ordered albums at the funeral were dozens of photos of Bill and his beaming parents on the day of ordination, June 23, 2001. He spent eight years as an associate in four parishes before the joyful day in 2009 when he was installed as pastor of Transfiguration in Southfield, Mich. 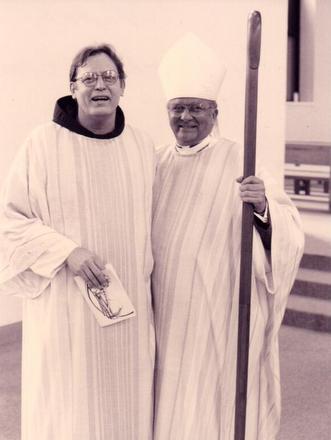 Bishop Carl Moeddel with Bill at his diaconate ordination

The realization of his dream was short-lived. Five years later Bill could barely move, debilitated by a rare, cancerous tumor on his spine. After surgery and the subsequent long and excruciating recovery, he could stand upright and walk with a cane – but would never be the same. His last official ministry as Parochial Administrator at Holy Name Parish in Cincinnati lasted only three years before his health declined in 2017 and he officially retired. Admitted to the hospital with chest pains in December, Bill died just days later of heart failure. For his mother, Mary Jane, this was a blow no parent should have to endure.

“It’s hard,” she said of the loss of her son. “When I saw him at the hospital, he seemed in good health. But when God wants him, he wants him.”

Looking out over the church, Mark welcomed Mary Jane, her remaining children (Marian, Ralph, Robbie and Paul), and Bill’s many nieces and nephews. On such a sad day, he said, there is reason to celebrate, and reason to rejoice. Like the young man who had just been baptized, “Bill is in a new life.”

The first reading, “For everything there is a season” from Ecclesiastes, was familiar and comforting. The Gospel given by homilist Fr. Bill Farris was from Matthew: “Come to me, all you who are weary and burdened.” Everyone who remembered Bill Ollendick’s physical struggles knew how sadly appropriate it was.

Bill Farris, who succeeded Bill Ollendick as pastor of Transfiguration, talked about the coming of Christmas, just one day away. “As this Advent season closes, we measure what’s left in hours and minutes. Yet as Christmas dominates, we must also make room for another mystery – the Paschal mystery. We turn to the flesh that suffered and died that we might live.” 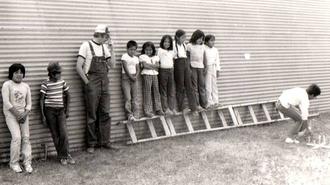 The setting might seem odd, he said, a casket surrounded by poinsettias. “Many of us were planning to spend this time preparing to celebrate.” He looked to the Paschal candle, which speaks of the world Jesus knew. “It was a cold, uncomfortable world” into which the Savior was born, “not in great fanfare, but simply, humbly, quietly.”
Today, he said, “We celebrate the passage of Bill to our Lord,” who has a welcome for us as well. “We celebrate the great commitment Bill had. His body had been burdened and weary.”

When Bill Farris came to Transfiguration, he found a basement full of Christmas decorations amassed by his predecessor. “He had this energy behind Christmas that meant so much to him. He had the whole friary decorated to the hilt.” What’s more, “The longer I was there [in Southfield] the more I appreciated how in his midlife years he took on studies for a priestly path.” The ministry at Transfiguration was no less challenging. 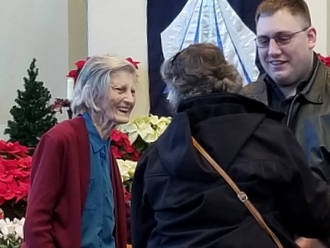 Bill Ollendick arrived two years after the parish was created by the merger of four communities. This was “not a smoothly functioning parish at all,” said Bill Farris. “It was deeply, deeply frustrating to Bill.” At the same time, “He was beginning to lose his health and energy to a tumor on his spine. Parishioners said it was difficult for them to see him struggle down the aisle on his walker.” But in accepting his frailty, “He developed an empathy for others who knew what it meant to suffer. He shared a generous willingness to share the time he was given for his ministry. He also cared for Br. Luke Simon,” an aging friar “who was weakening week by week.” Even after an auto accident that would have discouraged others, “Bill kept going.”

He made the most of his relatively brief time as a priest. “Celebrating the loving generosity of Bill adds something, deepening the beauty of this time,” Bill Farris said. Now, “He shares a gentle yoke and final rest with Jesus.”

After Communion, Mark consoled the family, still rocked by the suddenness of their loss. “We know it’s a hard time,” he said. Because Bill loved this season, “He wanted to be home for Christmas. And now he is.”