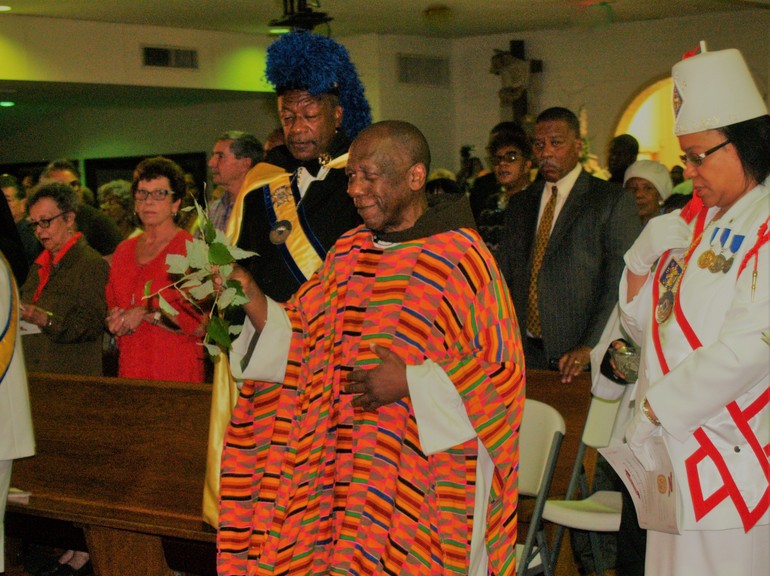 Psalm 150 instructs us to praise God in his holy sanctuary: Give praise with blasts upon the horn; praise him with harp and lyre; give praise with tambourines and dance. In other words, we should approach God with a sense of joy and thanksgiving. 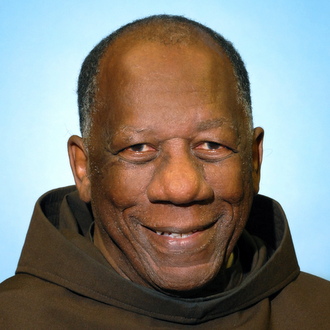 This joyful approach is often found in the worship service of the Black Church. There is a sense of joy in wanting to be in the presence of the Lord, not from obligation, but to give thanks and praise just to BE
.
For example, when I was pastor at Our Lady of Charity Church in Brooklyn, N.Y., our Sunday Mass could last three hours or more. This was because everything that happened throughout the week culminated in a grand celebration of thanksgiving. I remember that one Sunday the worship time was a little shorter than usual and some of the parishioners were quite upset at being short-changed!

The liturgy was joyful and meaningful as we took time to speak of the daily life of our Brooklyn community and of conditions in the world. For example, each Mass started with a prayer for the liberation of South Africa in the era of Nelson Mandela, and for freedom in the countries controlled by Russia. A global audience was impressed by the spirit in our liturgy and worship as our choir ventured to Rome for several performances in the 1990s. We made a joyful noise in the Basilica of St. Peter’s in Rome. They were so impressed that our Music Director, Roger Holland, was asked by the Master of Music at the Basilica to return and perhaps teach there.

The Church assembly is a place to be joyful even in the midst of trial and tribulations. It is a place where brothers and sisters can raise their hands and hearts to give jubilant praise to an almighty God – a God who looks beyond their faults and sees their needs. 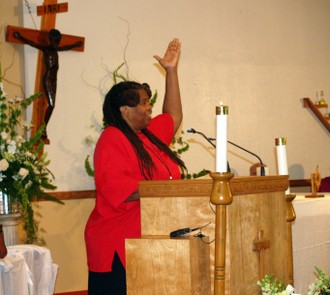 This feeling was evident when I served as pastor at St. Paul the Apostle in Lafayette, La., where the Franciscan influence had a positive and effective impact. When a traditional statue of Joseph at the church was replaced with a statue that had African features, a young man expressed the joy of inclusiveness, saying, “Father, I feel good and accepted.” In gratitude, he gave the statue a hug.

It was always special when the choir at St. Paul was asked to sing; they ministered with such a powerful, exuberant spirit. During the time of Hurricane Katrina, members of our congregation opened their hearts, helping with relief efforts for those affected by the devastation. The choir happily donated their time to give concerts in New Orleans to bring a spirit of hope to those who were suffering.

I write this from a 100 percent knowledge of the Black Church, being an African-American who was raised with a variety of denominational experiences. The Church has always been a viable source of human dignity in the black community. It’s natural that in the worship service, the music, the preaching and movements create a sacred atmosphere for a spiritual encounter with God.

As it says in Psalm 150, verse 6: “Let everything that has breath praise the Lord.” The joy that one finds in the Black Church may be just that, as everyone gives praise. And the joy can be found in the song the choir is singing that tells me everything will be all right.

(Fr. Robert Seay, OFM, is retired and living at St. Mary of the Angels Parish in New Orleans, La., where he provides sacramental assistance.) 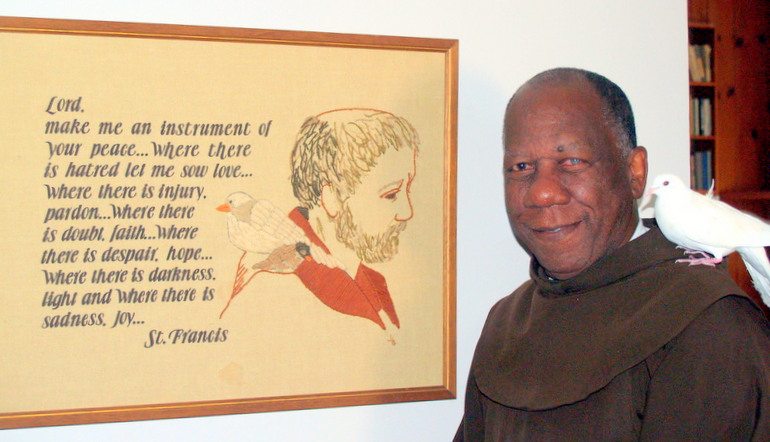 Fr. Robert Seay with the Prayer of St. Francis

Our man in Malta