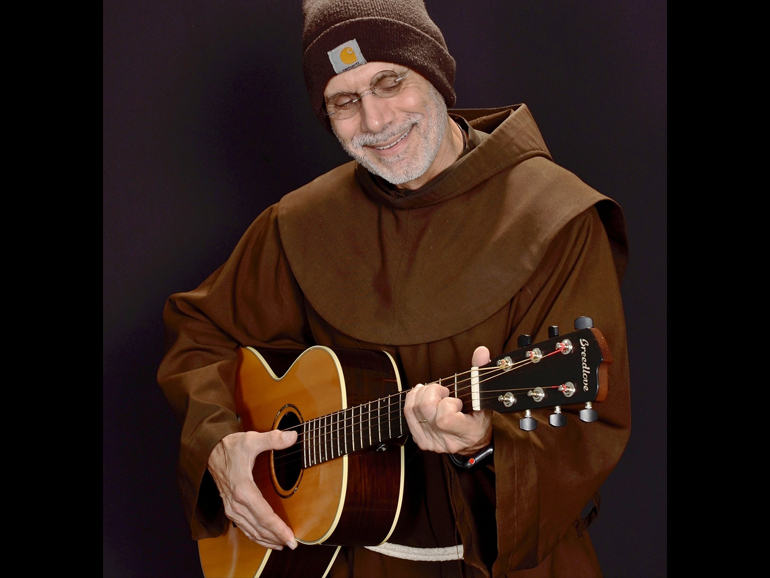 A friar is hoping to dial down the rhetoric

At a time when discourse is so divisive, friar Al Mascia would like to restore some civility.

And he’s taking his cue from Thomas Merton, John Keats, Walt Whitman, Francis of Assisi and Kermit the Frog.

Their words provided the impetus for a campaign he hopes will “help mitigate the vitriol that’s out there, the reluctance of people to open themselves up to the beliefs and opinions of others.” Al is addressing the issue the best way he can – by writing and singing songs.

His project, which combines 11 music videos, a CD and a concert in the making, is “The Old Frog and the Quiet Pond”, a name borrowed from a reflection by Trappist Merton. Al’s goal is “to advance the priorities of peace and civility” and reduce “the grave incivility” that plagues our nation, the lack of respect for beliefs and opinions other than our own.

“It’s an enormous and ambitious challenge,” says Al, co-founder of The Song and Spirit Institute for Peace in Berkley, Mich. As chair of the province JPIC Committee, he was moved by discussions about “the disappointing division” that exists in America. “It breaks my heart to witness what’s going on in our nation right now, and especially in the upcoming year,” when politics and ideology are front and center. “I think we’re being very uncivil with each other.” Take the name-calling tweets between presidential candidates, for example. “I mean, c’mon! When the president is speaking on the news and you have to bleep out some of the language, what does that say? Sometimes I think we’re living in an alternate universe.”

Al’s project coincides with a year-long initiative launched Nov. 1, 2019, by the U.S. Conference of Catholic Bishops. Through “Civilize It: Dignity Beyond the Debate”, they’re asking Catholics “to pledge civility, clarity and compassion in their families, communities, and parishes, and call on others to do the same.” It starts with recognizing that “every person is a beloved child of God who possesses inherent dignity.” The campaign is reinforced by resources that include a prayer and pledge for civility, pastoral aids and Golden Rule 2020, an ecumenical effort encouraging dialogue instead of division. 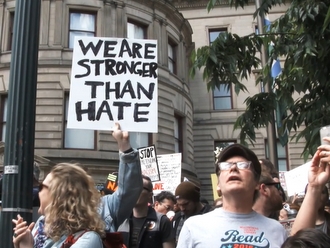 Al took a different approach. “It’s the opinion of some people – and mine – that one thing that might help defuse some of the polemics might come from the arts, from poetry, from music. My hope was to produce music videos, and when I had enough content together to produce a program, go around and take it on the road to promote the material.”

How does that help? Al quotes singer-songwriter Cat Stevens, who once said, “You can argue with a philosopher, but you can’t argue with a good song.”

Al thinks “music speaks to a different part of the individual. It has the ability to open places that venues like debates and campaign trails and media reports cannot – it has a different entry point. A song can access a different part of a person’s essence. The stuff I’m writing and producing has archetypal elements that are pretty powerful and can help us to, if not understand, at least feel greater connectedness” with each other and our world.

“Some of our current divide is due to spiritual malaise. Because of over-secularization of our culture, people are hungry for the transcendent, and without that we are ill-equipped to deal with one another as children of God and worthy of respect. We don’t have the opportunities to deal with the transcendent and mystical anymore.” 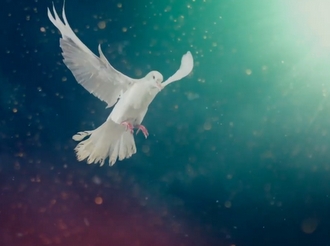 Image from the Song of Hope video, based on a Keats poem.

His music video for the song The Old Frog and the Quiet Pond is one example, based upon Merton’s experience of nature as “a glimpse of the cosmic dance”, with the sights and sounds of a pond teeming with life. As Al sings, “There comes a time when you have to put the brakes on. When life itself is just more than you can take on.” It ends with a quote from Kermit the Frog: “Take a look above you, discover the view. If you haven’t noticed, please do. Please do. Please do.”

Among the tunes inspired by poets is Song of Hope, drawn from a Keats poem about maintaining hopefulness despite the challenges of modern life.

The song I Love My Job speaks to our inability to find the delight in everyday life. “It was inspired by a young man I got to know while doing grocery shopping at Kroger,” Al says. “His job was to collect shopping carts. For him it seemed more of a mission than a job and he always seemed very joyful.”

Underlying many of the songs is the idea lived and espoused by St. Francis. Understanding starts with listening, putting “the other” first, as in, seeking not so much to be understood, as to understand.

The song Civilize It! encourages all people to engage in respectful discourse.

Al is surprised by the response he received after posting links to his music videos on Facebook. Since the Vocation Office for the Irish Friars shared a video, he’s gotten 50 to 60 “Likes” a day from around the world. “Lutheran Franciscans are reaching out, the Poor Clares and other Franciscan Sisters, a whole bunch of Seculars, the OFM-JPIC office in El Salvador, a Russian Orthodox Bishop, a handful of Franciscan hermits, social workers in Uganda and a surprising number of young people who want to be friends. I never expected to draw the interest of so many people, and interesting people at that.”

Al aims to take his civility campaign on the road with a live, interactive program. It will require “practice, practice, practice” in performing the songs, and enough money to mount a series of concerts. For that he has established a GoFundMe campaign through Song and Spirit that has so far raised $7,500.

The message will be “that hope exists in the face of potential despair. I think there are a lot of people despairing out there, and I would love to imagine this project will remind us that hope remains eternal.

“Like I write on the website, I’m just trying to do my little part, just a friar who can write songs and make little movies.” 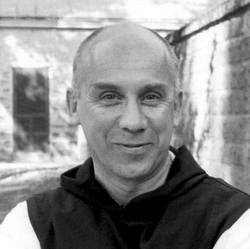 “When we are alone on a starlit night, when by chance we see the migrating birds in autumn descending on a grove of junipers to rest and eat; when we see children in a moment when they are really children, when we know love in our own hearts; or when, like the Japanese poet, Basho, we hear an old frog land in a quiet pond with a solitary splash – at such times the awakening, the turning inside out of all values, the ‘newness,’ the emptiness and the purity of vision that make themselves evident, all these provide a glimpse of the cosmic dance.”

The road to understanding