The road to understanding 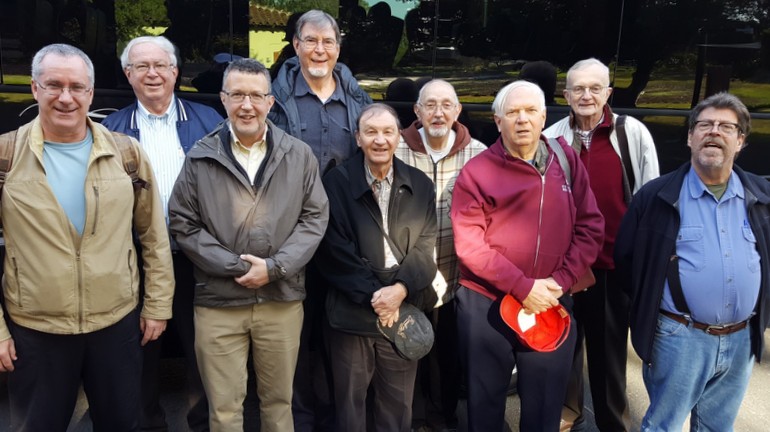 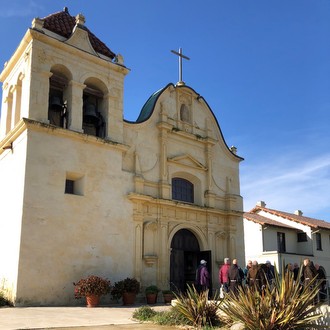 Cathedral for the Diocese of Monterey

I was the most reluctant of pilgrims to go on a Pilgrimage to the California Missions. As provincial, I travel all the time and was just yearning for a week where I could wake up in my own bed and have a bit of a routine. But as provincial, I had agreed to attend one of the interprovincial pilgrimages that were offered.

The purpose of our travel was not to be tourists. The purpose was to have a healthy mix of friars from different provinces move into “liminal space” of a pilgrimage, and be open to God’s Spirit teaching them about a New Province.

Perhaps because I confessed my reluctance to our group on the first night of the pilgrimage, God was able to work overtime with me. As we traveled by bus to the various missions, the bus became a prayer and personal sanctuary. We learned and then sang the Angelus to a new tune for all of us. We had time to journal, to pray the Rosary, to have silent prayer. The directors set a tone by asking for silence, then after five minutes, singing our Angelus. I could feel the deepening of the group after that. 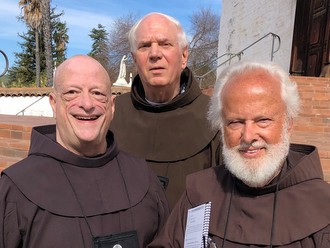 After some time on the road, we would break into conversations over things we were seeing and experiencing. We got to know each other over the lunch break, or the evening meal. These very simple building blocks of sharing life together allowed for each brother to talk about his life history, or favorite ministry, the latest movie, some way of “getting to know you.” Some disagreements were heard. But so were new insights. We spent one evening trying to name what other provinces should know about the culture of our province of origin. Another night was spent reflecting on how the insights from this pilgrimage could help us in forming a New Province.

One of our directors was Andy Galvin, a Native American from the Ohlone people. His ancestor, a great, great, great, great grandfather, was forced into a baptism in the 1790s. According to Andy, this contradicted the missiology of St. Junipero Serra, who demanded the friars only invite people to consider a new way of life. Andy is now curator of the museum at the Mission Dolores in San Francisco. Most participants expressed the importance of his insights about the interaction of the cultures of New Spain with the many native cultures. The importance of listening deeply to one another emerged as a critical value. This value will help us create something new for our world and times from our own limited cultures of Franciscan living. 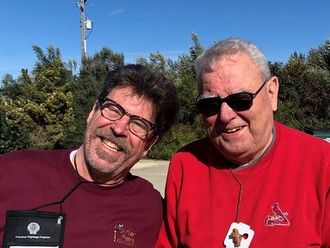 Andy was also an example of reconciliation. Despite the violence done to his ancestor by later friars, Andy was the one who worked hard in the canonization process of Junipero Serra. He was chosen to process the relic of Serra during the Mass of Canonization. He is proud of his Catholic and Ohlone culture.

The issue of clarity about our vision and mission as a New Province was heard during our discussions. I brought that with me as the provincials recently met in Chicago with the team from Plante Moran. Provincials affirmed a vision that we believe the world and Church are begging for. What is the world and church calling us to now, in this time? This vision will be unfurled for further honing by our friars at Chapter 2020.

Although I was a reluctant pilgrim at the beginning of this journey, I emerged as a vibrant pilgrim. I really was changed by noticing how our ancestor friars developed their new way through accomplishments and pitfalls. Our future as a New Province is bright. Like the California Missions, that future will have its highs and lows, its successes/failures. It will require a willing coalition of friars for whom sacrifice and love of God’s people is a part of the life of the Friars Minor in a New Province. 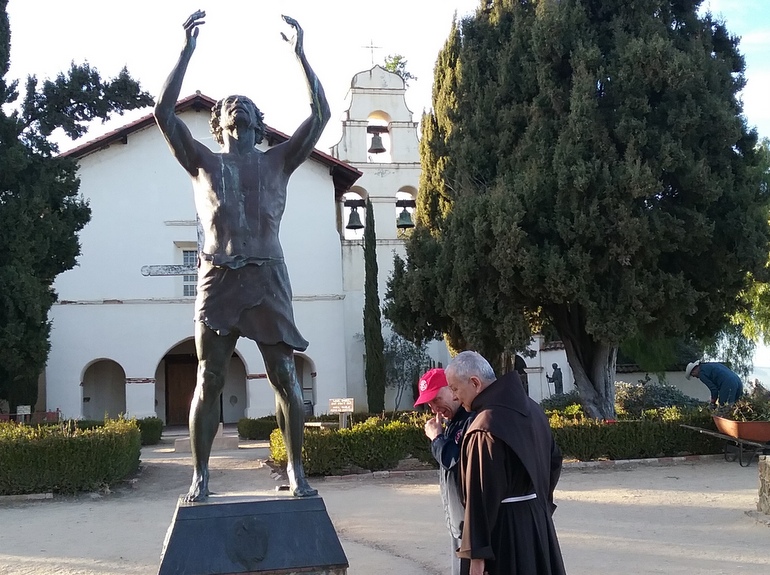 Lessons from the past

For me there were many highlights from last week’s California Missions Pilgrimage. One was being with and sharing on various levels with friars from other provinces, including a 92-year-old friar assigned to Alaska.

Another was the way in which the Pilgrimage staff was able to take events from St. Junipero Serra’s life and show how he dealt with several life changes, from being a professor in Spain to a seminary teacher in Mexico City; moving from missions in Baha and then to the missions in the new territory of California. They compared it to present-day friars and the challenges facing us with becoming one province – having to change locations, ministries and familiar surroundings.

The pilgrimage was educational, fraternal and inspiring.

Know that we care