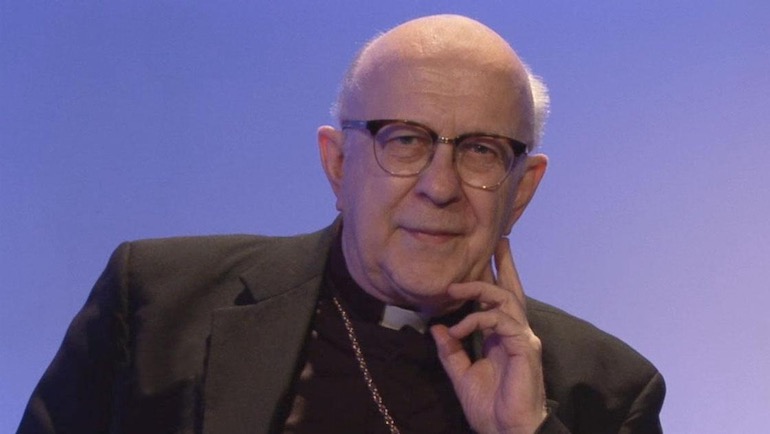 A friend of the friars

He was more than the longest-serving Bishop in the country and the former President of the United States Conference of Catholic Bishops. In many ways a friar in spirit, Archbishop Daniel E. Pilarczyk was also a popular and prolific contributor to St. Anthony Messenger Press (now Franciscan Media). When he retired in 2009 after 27 years as spiritual leader for the Archdiocese of Cincinnati, he was named an Affiliate of the Province of St. John the Baptist. After his death on March 22 at the age of 85, we asked SJB Provincial Ministers to share their memories. 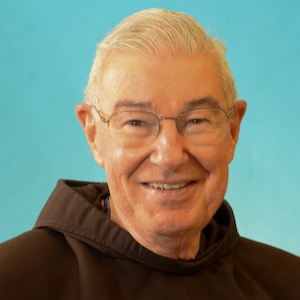 As Provincial Minister I felt Archbishop Pilarczyk’s support and help in various situations. He was also very helpful to our ministry at St. Anthony Messenger Press, writing several books for us. We asked his imprimatur for books and also for each issue of Catholic Update.  A number of times he received complaints from Rome on something SAM published and that had an imprimatur. He would sometimes call me and Jack Wintz down to his office.  His irritation was not with us but with “some secretary or censor” in Rome who found fault with what the Archbishop saw as orthodox.  Once he said, “Let me reword that one sentence and send it back to them.”  I admired him as a theologian and as Archbishop. 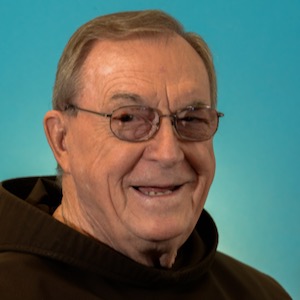 As the auxiliary bishop in charge of education, Archbishop Pilarczyk was responsible for hiring me as director of St. Rita School for the Deaf.  President of the Governing Board, he was very supportive of our school.  He was able to run a meeting as well as any person I ever knew.

As Provincial I found him to be totally fond of and supportive of the friars and our ministries.  He preferred that we religious take care of our own problems if any surfaced.  He was not a micromanager but was there to assist if needed.  I think he was an outstanding bishop.  I believe that all the religious superiors in Cincinnati during my time in leadership, both men and women communities, appreciated how Archbishop Pilarczyk supported us while giving us room to follow our charisms without his interference.  I personally cannot praise him enough. 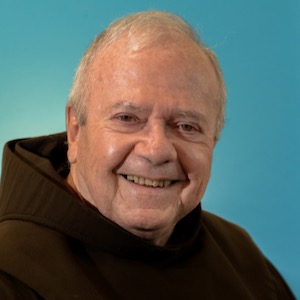 I believe Archbishop Pilarczyk respected our life as religious and valued the contributions each community made to the local Church – although he was never one to be effusive in expression. He was friendly, but business-like. In facing difficult times, he did what he had to do with humility and grace.

I have a recollection of the Archbishop at St. Clement’s 150th anniversary Mass in the year 2000.-I was concelebrating as Provincial with John Turnbull, pastor. The Archbishop was the presider. Seeing the sunlit, contemporary interior of the church, the archbishop exclaimed to John, “This is one we got right.” That observation reflects his vision as a Vatican II bishop. He was extremely intelligent.  And, I believe, wise.

The way he retired to Little Sisters of the Poor impressed me.  From an outsider looking in, he was just one of the community. I feel bad that because of the virus crisis he won’t have all the ceremony that a bishop of his status would ordinarily have at his funeral, e.g., lots of concelebrating bishops. Somehow, I think this will be just as he would want it. 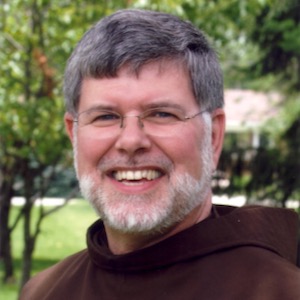 I recall that when we incorporated him in to the province (Feb. 9, 2009) that we invited him for a meal at St. Francis Seraph Friary in Over-the-Rhine. We were looking for some kind of simple, maybe comical gift that we could present to him. We ended up giving him a tiny pair of sandals, the kind that are used as a fob for a keychain. It went over well; he thought that it was hilarious.

I recall another time after he had retired that I called him to ask him if he would give a presentation at some event, perhaps a Chapter. When he answered the phone I heard very loud classical music playing. He excused himself to turn down the sound, and he then commented that this was how he was spending his retirement – listening to classical music. 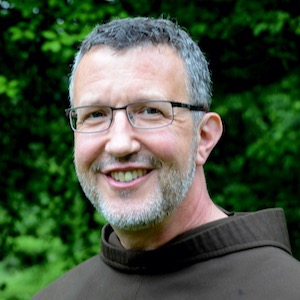 I didn’t have the direct experience of working with him with me as provincial minister and him as Archbishop. He was a friend to the friars but also a man of great vision, a person who stood up for dynamic translations when others did not. He had a PhD in the classics; he was a master at translating Latin.

This past Christmas I had what is their Midnight Mass at Little Sisters (Archbishop Leibold Home in Cincinnati), and Archbishop Pilarczyk concelebrated. Although he couldn’t stand or anything else, his mind was as sharp as a tack.

Before the Mass the Archbishop was in his wheelchair, and the Sisters had trouble putting on his alb, so I had to vest him. After putting on the alb – it was one in which the back was cut out – the next thing was to put on the beanie and cross. It was difficult to put that cross over his hearing aid. Dressing the Archbishop was an intimate and awkward thing to do. He was making jokes through all of this.

At the end of Mass he told me, “That was a very powerful homily,” which, just hearing that from the Archbishop, made me feel like I was being ordained all over again.

I never had an opportunity to dress my own father because he died at the age of 65. With the death of Archbishop Pilarczyk, I would say we’ve lost our spiritual father for the diocese.

Legacy as an author

Archbishop Daniel Pilarczyk’s expertise as an author and educator is showcased in these two books available from Franciscan Media:

Sharing the Word provides a brief reflection on an Advent lectionary reading, a suggested action for the day, and a short prayer to help us slow down and savor this season of waiting and hope.

Being Catholic: How We Believe, Practice and Think
2006

In Being Catholic, Archbishop Pilarczyk teaches in clear, concise language the basic beliefs and practices of Catholics and what shapes a Catholic’s thinking.

Living with The New Normal