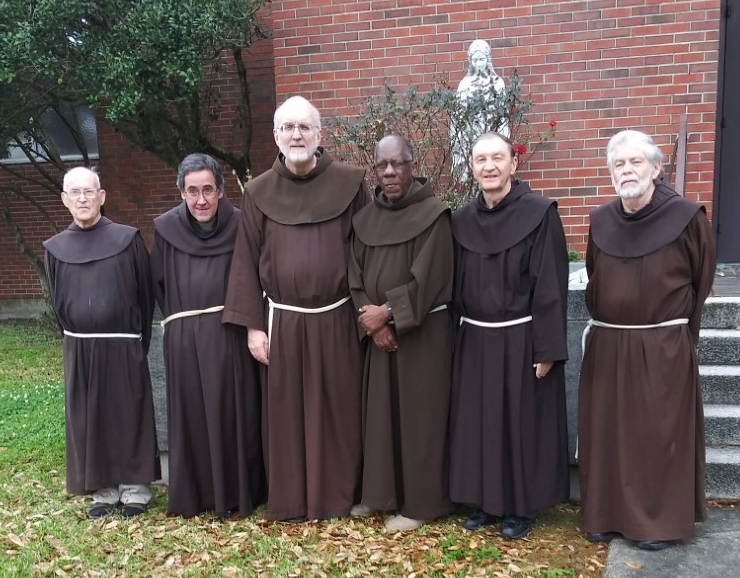 At St. Mary of the Angels Parish in New Orleans, they’ve weathered their share of disasters. In 2005, flooding from Hurricane Katrina devastated the church and friary. “The thing about Katrina,” says John Stein, “was that you could see the enemy.” This time it’s different. Fast becoming known as a hotspot for the coronavirus pandemic, Louisiana is experiencing the fastest growth of new cases in the world, according to the New York Times. “Already today we’ve had 500 new cases in New Orleans,” John said Thursday morning, “and it’s not yet noon.” 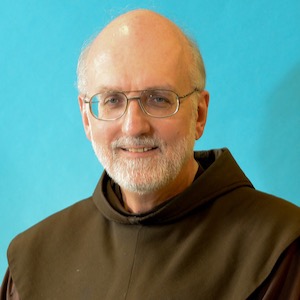 As Guardian of St. Mary of the Angels Friary – and someone with multiple risk factors – John is taking things one day at a time. Monday came the news that Archbishop Gregory Aymond tested positive for coronavirus. Wednesday night Mayor LaToya Cantrell said the convention center may house up to 3,000 patients who no longer need ventilators. “It’s like a huge MASH unit,” says John. “One of the hotels will be a place to shelter the homeless,” getting them off the streets and away from rodents. With restaurants in the French Quarter closed, “There’s a huge problem with rats who can no longer find food in dumpsters.”

For the six friars hunkered down at Mary of the Angels in the Upper Ninth Ward, life is much the same as for others who are sheltered in place. “We try to do the ordinary things,” says Robert Seay, who spends a lot of time on the phone checking in on folks. “I’m doing some writing. Of course you can’t go out, and I’m a ‘going’ person.” Juniper Crouch shops for groceries once a week and makes most of the meals while their elderly cook stays safely home. “I’m doing OK,” says Dan Barrett, who still takes long walks, careful to observe social distancing.

Earlier this week, “I had a little something,” aches and a fever, says Andrew Stettler, quarantined in his room since Sunday. The symptoms have subsided, but he’s keeping to himself until his temperature is normal for 24 hours.  “I’m watching myself like a hawk,” says John, who is self-isolating over concerns about diabetes, hypertension and his age (he’s over 60). “It’s kind of like being in novitiate again.” In those days, “We couldn’t go anywhere; we had total isolation. What did I do then?” There was reading in the morning and a work period in the afternoon, a pattern he’s repeating. 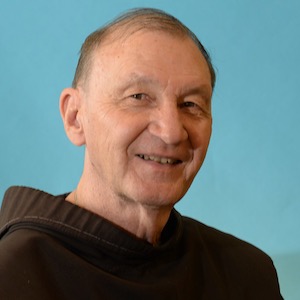 “It’s an invisible enemy, but the enemy is there,” says Pastor Joe Hund, who knows of two confirmed cases of COV-19, both cousins of a parishioner. “I believe many of us have it in a milder form, and our immune systems are strong enough to fight it off.” In an older parish, the grandmothers caring for grandchildren are “super-anxious” about infecting the youngsters, Joe says. With Bingo shut down, they’re even more isolated. Especially sad is the fact that “I had to lay off three musicians because our Sunday collection went down to zero.”

Mass goes on, without a congregation – they plan to livestream – and graveside blessings have replaced funerals. “It’s going to be an interesting Holy Week without the rituals we’ve been used to,” Robert says. What, for example, do you do about Palm Sunday? “Someone will probably come up with an innovative way to distribute palm branches. I was thinking about a drive-through.” It makes him wonder, “Are these outward signs of the rituals important?”

Experts predict that COV-19 will “max out” in New Orleans the first week in April. “It’s a city that’s closely knit and dense,” Joe says. With separation prescribed as prevention, “It’s hard for New Orleanians to keep their distance,” John says. “But people seem to be doing what they’re supposed to. I can’t remember the last time I was within 6 feet of someone.”

At this point, “We just go on with life,” Joe says. “I don’t feel threatened; I still feel safe.”

John is likewise optimistic. If you follow the basic rules, “You’re gonna get through this thing.”

Watch video of their masses and get updates on their website: https://smaneworleans.org 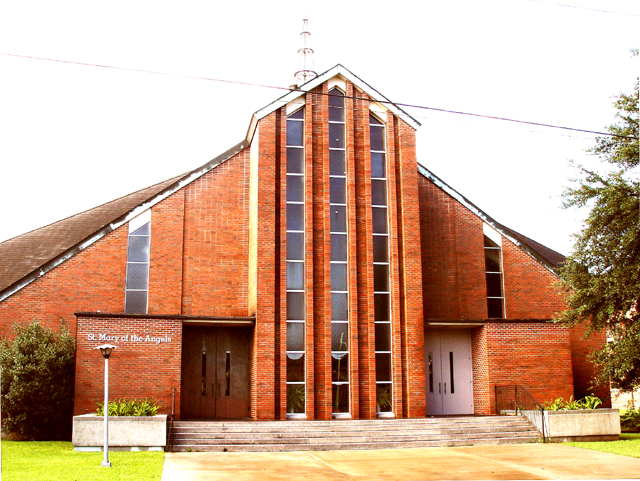 St. Mary of the Angels is eerily quiet these days.

Living with The New Normal