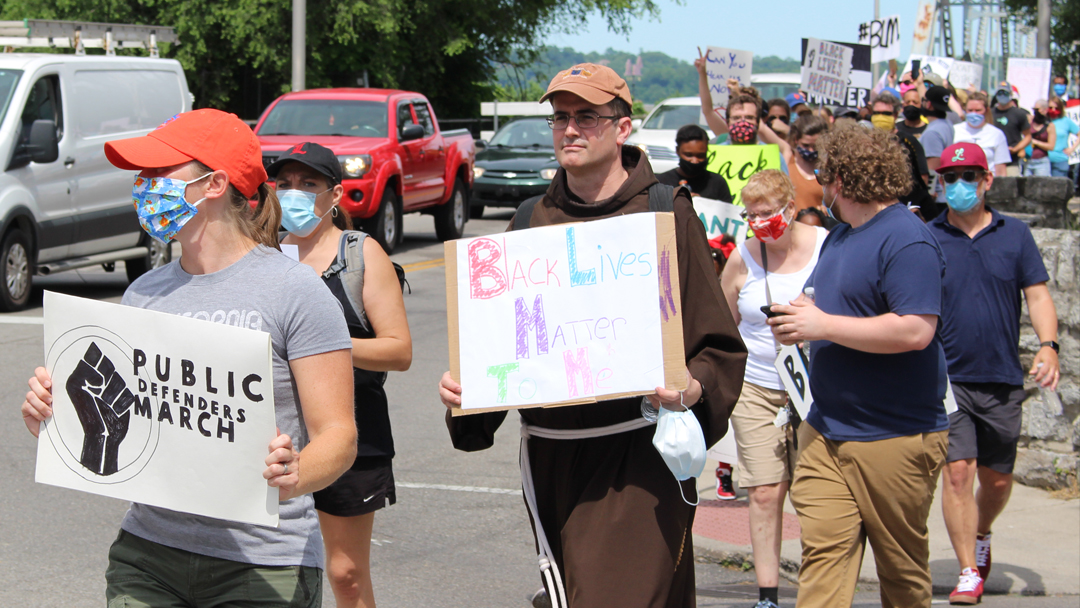 As Br. Matt Ryan sees it, “There’s a systemic problem when a segment of the population is disproportionately poor and disproportionately incarcerated.” He’s speaking from the perspective of a former public defender with 13 years of experience in Northern Kentucky. Newly arrived in Cincinnati for ministry based at St. Clement, Matt saw a Facebook post about a march organized by former colleagues to protest the deaths of George Floyd and other African Americans and to support the statement, “Black Lives Matter”.

Monday, June 8, he joined other “Black Lives Matter to Public Defenders” protesters as they marched from Newport, Ky., to Covington, stopping at the Campbell County and Kenton County courthouses to take a knee for nearly nine minutes, the length of time Floyd was restrained with deadly force. “Right now the African American community is hurting,” Matt says, “and it’s important to walk with them.”

He was encouraged by the positive reception marchers received. “We didn’t hear any negative comments, and many people honked in support as they drove by.”  The Northern Kentucky march was part of a nationwide protest mounted Monday by public defenders.

Besides supporting his former co-workers, “I was able to bring my former public defender life together with my Franciscan life,” Matt says. 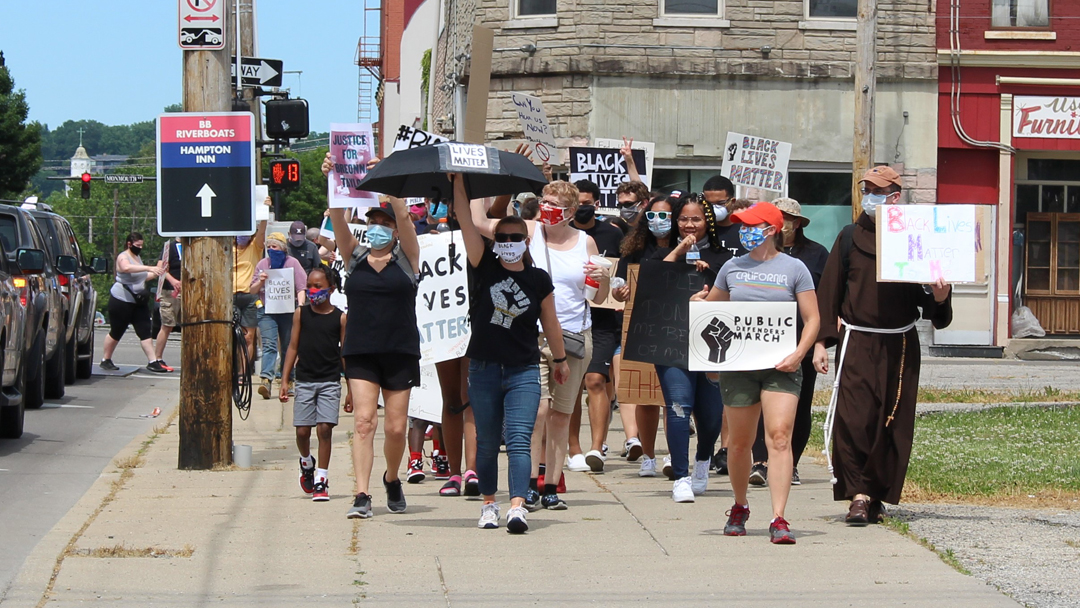 The march was part of a nationwide protest mounted by public defenders. Photo by Connor Wall/River City News

A moment of crisis, a chance for change