Called forth to Jamaica 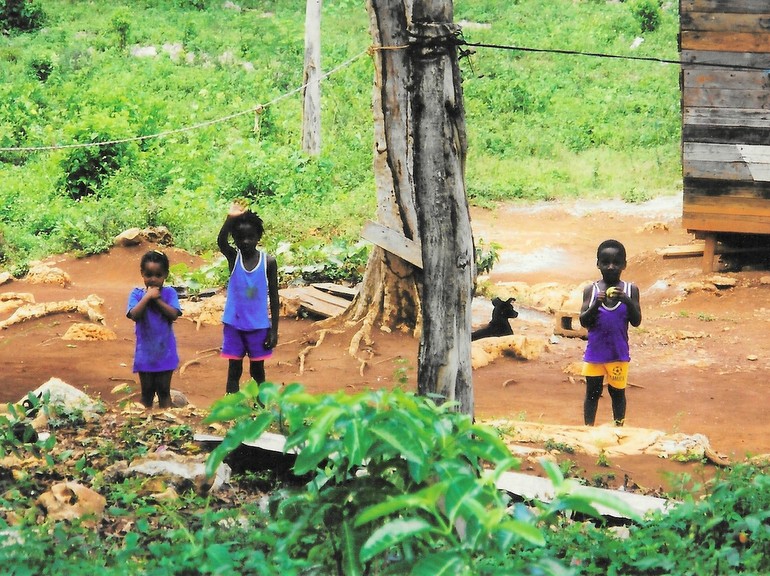 There was another Jamaica, away in the hills, down bumpy dirt roads

In Jamaica, “Ya mon” is a Patois term used to describe something as being “just fine or OK.” The friars of St. John the Baptist Province gave a resounding “Ya mon” at the 1999 Chapter when they voted to take on Jamaica as a new foreign mission. 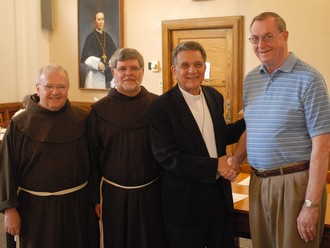 Provincial Minister John Bok and the Provincial Council began serious discussions about having a new foreign mission in the late 1990s. In searching for a mission, they were looking for a place where people lived in poverty, English was the main language, there was a need for personnel in the diocese, and it was a manageable distance for most friars to travel back and forth. In the process of making a decision, the Provincial Council assigned teams of two friars to visit various English speaking countries in the Caribbean; among them were Grenada, Belize, the Bahamas and Jamaica.

Jeff Scheeler and I were asked to visit the Diocese of Montego Bay with Bishop Charles Dufour and Mandeville with Bishop Paul Boyle. It was an eye-opener for both of us. In Montego Bay, we visited a home for children with AIDS. The next day the child we visited had died. There was a clinic near the chancery that a group Sisters ran which provided medical service to the poor.

Bishop Dufour was eager to have the friars. There were very few priests and religious in Montego Bay – something like 12-15 in the whole diocese – and much poverty. He gave a tour of places where he thought that we could serve, and invited members of the parish in Savanna-la-mar to meet with us and tell us about life in Jamaica. There were small towns with chapels to visit and people to meet.

We were struck by the lush green, the beautiful clear water, the warmth even in November and the dirt roads. We also remember thinking that there were two Jamaicas: the beautiful resorts often closed in behind walls and gates with plenty of food and drink, and the simple villages, often tucked away in the hills, down bumpy dirt roads, with people of clearly less means.

Comparing notes of all the countries visited, it was decided that the greatest need for the service of our friars was in the Diocese of Montego Bay. Negril was chosen as the first place we would go. There have been a lot of changes since our missionaries arrived in September of 2000, but 20 years later, the friars are still there, serving the poor.