Before ‘Fratelli Tutti’, there was Ubuntu 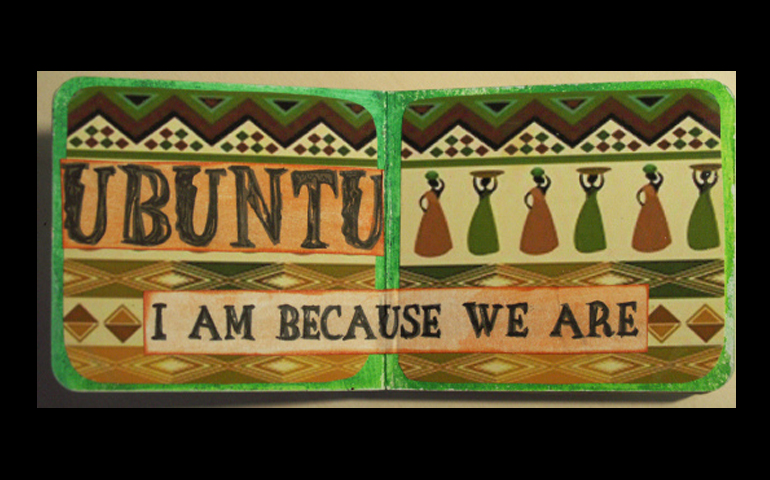 A Kenyan artist’s representation of the concept. 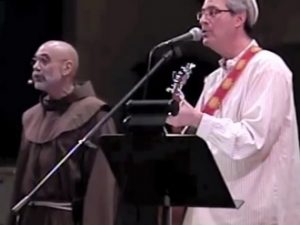 After the release of Laudato Si, Al Mascia and Steve Klaper turned Pope Francis’ encyclical on creation into this memorable music video.

Five years later, with the recent release of Fratelli Tutti, “The songwriter in me started wondering about whether or not to do the same with this one,” says Al, a co-founder with Steve and Mary Gilhuly of The Song and Spirit Institute for Peace in Berkley, Mich.

But Al had a nagging sense of déjà vu – with good reason. “I was reminded while reading another article on the new encyclical that I had already written that song – almost 10 years ago!” The message of Ubuntu, the song to which he refers, is strikingly similar to that of the pope’s latest encyclical about the connectedness of mankind. Maybe that’s because they were influenced by the same sources. 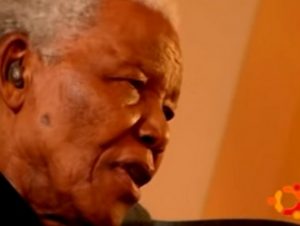 Nine years ago, the song Ubuntu was performed by Al and Steve at St. Clement Church in Cincinnati as part of a “25th Anniversary of the Spirit of Assisi” concert tour. In writing Fratelli Tutti, the pope said he was inspired by the concept of Ubuntu, an African humanist philosophy espoused by human rights activists Nelson Mandela and Archbishop Desmond Tutu.

According to Al, “I came across the word through the writings of Nelson Mandela,” who once explained: “In Africa, there is a concept known as ‘Ubuntu’, the profound sense that we are human only through the humanity of others; that if we are to accomplish anything in the world it will be due to the work and achievement of others.” Mandela defined the tradition in this 90-second video.

Al’s memory of Mandela’s words was triggered by the Oct. 6 article in National Catholic Reporter, “Fratelli Tutti Is Just Another Way of Saying Ubuntu,” by Jesuit priest Agbonkhianmeghe E. Orobator. In it, Orobator, a theologian and president of the Jesuit Conference of Africa and Madagascar, talks about a phrase in the South African Bantu language that translates as: “A person is a person through other persons” or, “I am because we are”. 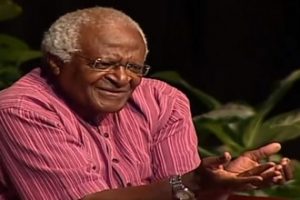 “Ubuntu… speaks of the very essence of being human,” according to Archbishop Tutu.

Similarities to the pope’s message are obvious. In Fratelli Tutti, Francis says: “Each of us is fully a person when we are part of a people; at the same time, there are no peoples without respect for the individuality of each person” (Paragraph 182). In other words, we are fratelli tutti – “brothers and sisters all” (8).

As for Al’s interpretation of Ubuntu, “I actually wrote that song one night when Mary Gilhuly, Steve Klaper and I were overnight guests at St. Francis Seraph Friary in Cincinnati. We were there to address the Provincial Council regarding some matter having to do with Song and Spirit. This would be, I’m thinking, around the time Song and Spirit was in the midst of commemorating the anniversary of the Spirit of Assisi. That anniversary is what got me thinking along the lines of Ubuntu,” the concept Mandela had described.

We haven’t heard the last of Ubuntu from Al. “I wouldn’t be surprised if a more professionally done music video like the one we did for Laudato Si is forthcoming,” he says. “Yeah, it probably is.”

(Al and Steve performed the song Ubuntu at St. Clement in this 2011 video recorded by Br. Chris Meyer, OFM.) 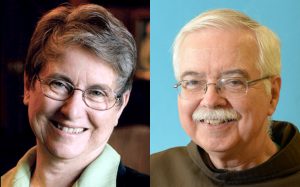 Days after the encyclical was signed, Margaret and Pat starting planning a free, digital-only series for the Introduction and for each of the eight chapters. “God willing, the series will be available by Thanksgiving,” Pat says.

“It will offer a summary, select quotes and questions for group discussion and/or individual reflection/journaling. Though it is digital, each guide will probably be two sides of an 8½-by-11 sheet and can be printed for those who prefer that.

“We hope this series will be hosted on many Franciscan websites throughout the United States and beyond.”

Margaret and Pat were students at the Franciscan Institute in the late 1970s and early ‘80s. “Our time in Rome also overlapped,” Pat says. “We’ve been friends for many years.”

We’re all in this together