An encounter with Francis, the Friar Truck 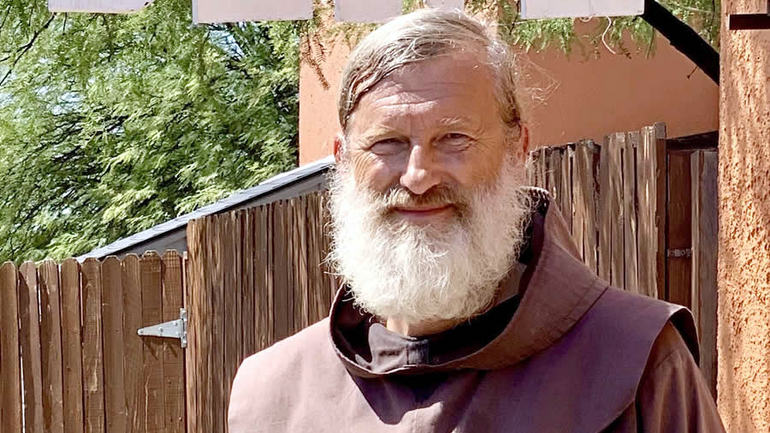 (A chance encounter on the road, as reported by Br. David Buer, OFM, founder of Poverello House, a ministry for homeless men in Tucson, Ariz.) 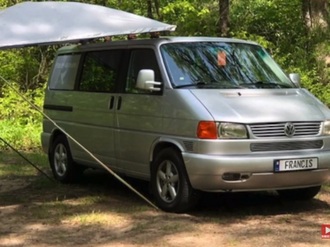 Fr. Oscar Rodriguez Flores, OFM, from the Central American province has moved in with us for the next six months to experience our Ite Nuntiate life here in Elfrida, Ariz.

So I’ve been giving him a variety of experiences in his first several weeks with us. Last Wednesday was my turn to shop at Costco in Tucson for our Poverello House ministry for homeless men. It is a two-hour drive, with the last hour on Interstate 10 heading west.

We are social distancing, so Oscar was in the backseat and I was driving. As I’m passing a van I notice a sign on its back door about “Friar Truck” and I notice the license plate is “Francis.” As we’re passing, then I notice on the side, “Pax et Bonum.”

Who could this be? After passing, I pull in front and slow down. The van passes us and I try to motion attention to the driver. It didn’t work. So then, I pass the van again and it looks like the driver is alone and has a habit on, so when I get in front, I slow down again. When the van passes us again, I finally get the driver’s attention and he sees that we are in our habits. So then, I pass him again and motion for him to get off at the next exit and the van follows me. At the ramp stop light I jump out of the car and tell the driver, “Let’s pull over to the gas station.” We’re all wearing masks, so I don’t recognize the driver until we get to the gas station and introduce ourselves. That is when I learned it was Al Mascia! 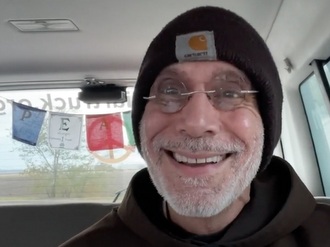 We invited him to go shopping with us and gave him a quick tour of Casa Maria Catholic Worker (getting to meet Brian Flagg, CW extraordinaire) and then our Poverello House. When one of our homeless guests learns that Al is a musician, he opens up a small pouch and gives him a broach consisting of a music score, with two pearl-like stones for notes. Al said he was quite moved by the gift. Then Al was on his way to Phoenix for his performance gig.

It was unbelievable. How wonderful that he has this itinerant ministry.

Yours in Christ and Francis,
David Buer, OFM

Finding our way to forgiveness