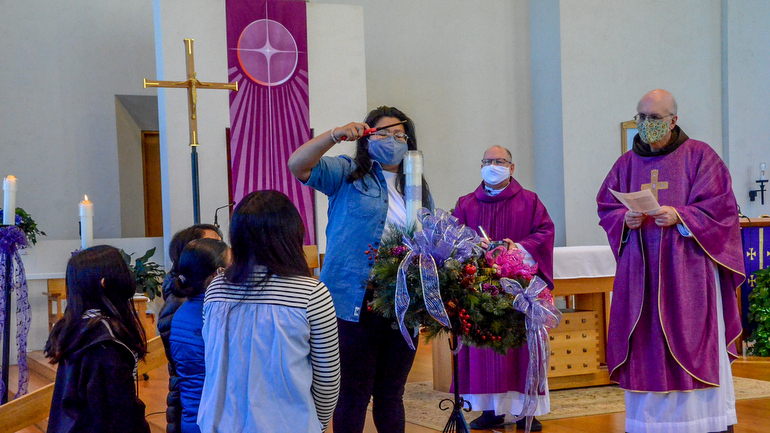 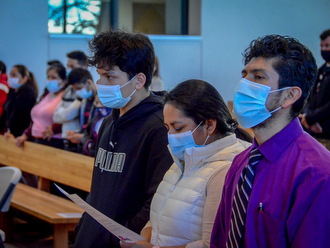 “They are the warmest, most welcoming people I have ever seen in my life,” she says of the largely Guatemalan Hispanic community that has become part of the parish. “There’s a sense of full participation” in church. “If something needs to be done, one person looks at another person and says, ‘I’ll do it.’ Everybody chips in. For them, it’s nothing to come to church to pray on the weekend, then to come for teaching before and after Mass, to be at Church two or three times. They truly do turn to their faith first for everything.”

A year after celebrating its first Mass in Spanish, St. Clement has expanded the scope of its ministry to Latino families who bring with them “a sense of reverence and devotion that’s just different” – and often inspiring. Colleen, Director of Faith Formation, and her husband, Deacon John Gerke, Pastoral Associate at St. Clement, have been there every step of the way.

Since that first Spanish Mass last Dec. 12 for the Feast of Our Lady of Guadalupe, St. Clement has added a 12:30 p.m. Sunday Mass, weekly Rosary and Marian devotions, faith formation in both languages, baptisms, weddings, funerals and quinceañeras (coming-of-age celebrations) – all in Spanish. 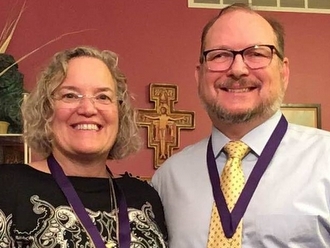 Colleen and John Gerke have been involved with the ministry since the beginning.

It’s a full-circle moment for St. Clement, founded in 1850 as a Franciscan center of worship for German immigrants who settled St. Bernard, north of Cincinnati. “Our parish was started to serve immigrants,” says John. “German – that’s the language they spoke.” For the Gerkes, welcoming Latino families to present-day St. Clement seemed natural and appropriate.

It started with students. “For the past several years, due to the work of Principal Jeff Eiser and his wife, Rosie [raised in a Mexican-American household], the Hispanic proportion of St. Clement School has greatly increased,” John says, as families who worshiped at San Carlos Borromeo Parish in nearby Carthage started sending their children there. Today the school is almost evenly divided, approximately one-third white/Anglo, one-third African-American, and one-third Latino, “the majority of families whose parents or grandparents were from Guatemala.”

Two years ago when the Archdiocese closed San Carlos, the center of Hispanic ministry in Cincinnati, families were encouraged to transition to St. Boniface in Northside. But, “A number of parents and children from these Latino families came to Jeff and Rosie, Pastor Fred Link, and other members of our parish staff,” John says, “and expressed a desire to be able to worship in Spanish in the same parish that their children attended school.” For St. Clement and Pastor Fred, it was a time of deep discussion, and even deeper prayer. Consulting with the Hispanic Ministry office of the Archdiocese, “They began to discern the will of the Holy Spirit, and weigh our capabilities to minister to people in Spanish.” 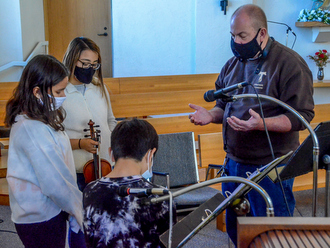 It took about a year to get the community at St. Clement on board. “The majority of people thought it was a great idea, but there were some pretty strong objectors as well,” according to John. “One parishioner said it would slow the assimilation” of Latino families into the community. “There were some who left the parish.”

Ultimately, “We decided because of timing, we didn’t feel like we could wait until we had the thing fully perfected before we started Mass in Spanish; we were afraid we would lose all these folks. So we started with a Mass in Spanish on the Feast of our Lady of Guadalupe” in 2019.

Slowly, they assembled a team they would need to maintain the new ministry. “A fellow by the name of Danilo Lopez [from San Carlos parish] who had his kids at St. Clement School decided to invest himself in Hispanic ministry at St. Clement” and is today, with wife Judith, their Hispanic Ministry Liaison. Pastor Fred and friar Pat McCloskey, who is fluent in Italian, could conduct Mass but not preach in Spanish. 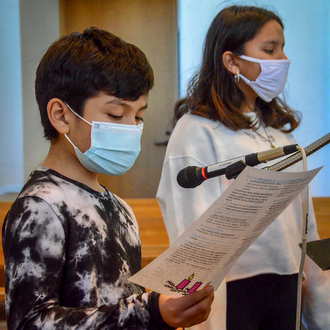 “There’s a sense of reverence and devotion.”

In addition, “Eric invited some of his folks from Bellarmine to invest themselves at St. Clement to serve as catechists and help with immigration issues,” John says. In the beginning, “Phone conversations were brutal,” as he and Colleen struggled to connect with Spanish-speaking parishioners. “Now between English, Spanish and Spanglish, I’m able to communicate and get them started. The overall perception is that most of the folks who are coming to us for spiritual care or connection are well aware of the fact that we’re not fully bilingual, and they feel honored and respected we’re trying to learn their language.”

Before the pandemic lockdown, 60 to 70 people attended the Sunday Spanish Mass, and the parish offered sacramental formation in Spanish. “Then the Ohio bishops decided to stop public Masses for a while. We tried to meet people’s needs by doing daily video reflections” from rotating contributors: three days a week in English, two days a week in Spanish. “Sunday Mass had to wait,” John says, “so we opened the door for Eucharistic adoration and installed an outdoor Way of the Cross in the side yard of the school. If families wanted children baptized during the lockdown, we baptized them.” 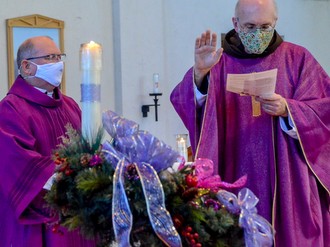 The Hispanic ministry was encouraged by parents of children at St. Clement School.

A couple weeks after public Mass restarted, St. Clement resurrected its Spanish Mass. Now they’re back to pre-pandemic levels of attendance. Last weekend, a new era began as Fred Link retired after 11 years and St. Clement welcomed Franciscan E. J. Stein, formerly with Holy Family Parish in Galveston, Texas, as its new pastor. “E.J. has a lot of experience with Hispanic ministry,” John says, and is comfortable preaching in Spanish.

This year, because of Covid-19 concerns, the Dec. 12 celebration of the Feast of Our Lady of Guadalupe will look a bit different. Masks and social distancing are required at Mañanitas, the pre-dawn gathering of praise and worship. Mariachi music is out this year, and the treats that follow the gathering – conchas (sweet rolls), tamales and atole (a grain-based beverage) – will be served to go. For many Latino families, adherence to such traditions is central to their faith.

“There’s a sense of reverence and devotion that’s different, probably out of their own experience,” says Colleen, who is inspired by the example of these new parishioners. “They are Catholic; this is their core. It goes into everything else – their family life, their social life, their work life. This is who they are.” 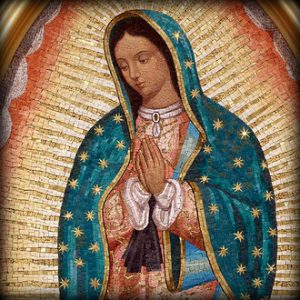 St. Clement Church will open its doors at 4 a.m. on Saturday, Dec. 12, for the 5 a.m. observance of Mañanitas for the Feast of Our Lady of Guadalupe. Masks and social distancing are required. Following morning worship, traditional treats will be served to go. The ritual blessing of vehicles will be a drive-through event in front of the church at 4536 Vine St. between 10 a.m. and 11 a.m. and following the 6 p.m. Mass. The evening Mass will feature readings for the third Sunday of Advent. Services will be livestreamed at:
https://www.facebook.com/stclementcincinnati