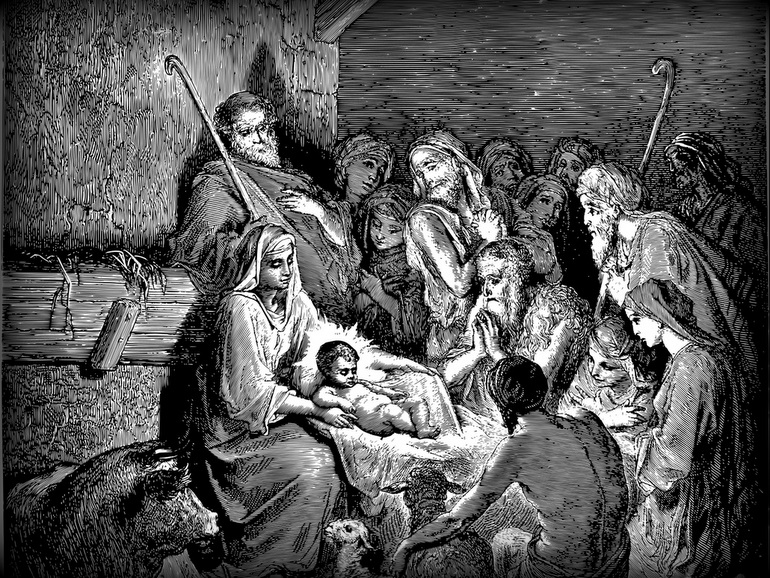 Most Christmas cards that I’ve received with personal messages make a reference to the unusual year we are in, as well as this difficult Christmas. It’s definitely a different kind of Christmas here in 2020, although we continue looking for the “perfect” Christmas that contains a lot of influence from childhood dreams. Every year there is the burned-out lightbulb on the string of lights, a burnt cookie or two in the batch, a loony relative who can’t stop talking about himself. What makes this year different is that we are still in the middle of a pandemic, and many people (over 300,000 as I write) have died in the U.S. alone due to Covid-19. There will be an empty chair at many tables this year, many will decide not to travel unnecessarily; others will struggle to hold one more conversation within their small “pod” of people to whom they are already exposed.

St. John the Baptist in prison.

In this Advent season, John the Baptist asks from prison whether Jesus is the “One who is to come” or not. I wonder whether John was hoping for a more political messiah who would sweep away the dross with his winnowing fan and free John from his prison cell. The Messiah would destroy the oppressors from Rome, or Herod, sweeping him into the fire with all the other chaff of his court. Instead, he got Jesus, who was eating with tax collectors and sinners. Jesus gave strength to the weak, courage to the timid, forgiveness to the sinner. John learned in prison that Jesus was healing the blind and the lame and raising the dead – the One for whom this weary world was waiting. Jesus’ way of spreading the Kingdom was more about attraction than denunciation. Even John learned to accept what was less than his idea of perfection.

This year we probably won’t have the perfect Christmas—if there ever really was one. For Mary and Joseph, it seemed like nothing went right: a worldwide census, the long journey to Bethlehem, the lack of space at the Inn or in people’s hearts. Smelly shepherds who brought their work with them would be the first to visit. This Christmas let’s welcome Christ in his distressing disguises. Let the little or big sadnesses, inconveniences, small humiliations, even the burnt cookie, remind us of how difficult it was for that Family called Holy. When things don’t turn out the way we thought they should, perhaps that’s the gift we’ve been waiting for: an opportunity to share that intimate frustration with God, Who is drawn to us like a magnet, eager for any heart that will give Him room. Then, heaven and nature will sing.

Provincials’ Letter Regarding US Capitol Attack