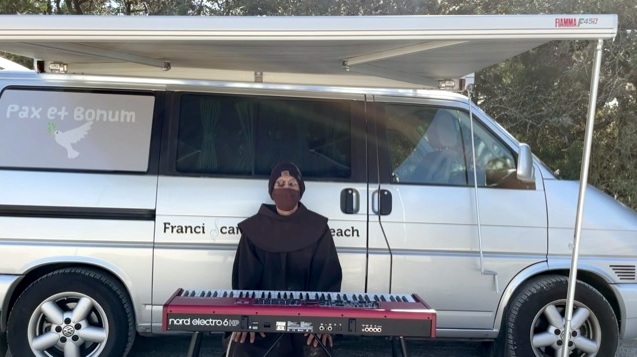 Br. Al Mascia and The Friar Truck ready for an outside musical performance. 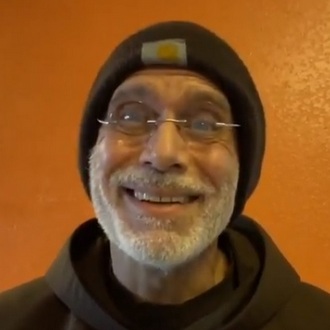 The whole purpose of this 5,000-mile road trip—from Michigan to California and back last month—was to spread as much joy and positivity as I could, using music as the principal medium. The plan was for me to travel and live in an old VW bus called Francis the FriarTruck, stopping at random outdoor locations along the way, playing music for whoever happened to be around!

While this indeed did happen, so did a lot of other things, some welcome and some not. Like, when “Francis” broke down on the interstate or when I absent-mindedly exited a campsite store without paying for the item I had in hand. The store clerk, coming to my site only moments later, reminded me that “such things are illegal here in Texas”. How embarrassing!

So, it feels like I’ve had enough experiences to last a lifetime! While it’s certainly true, I have a headful of “takeaways” to consider as well. Here are just three of the many:

When more is less

Preparing to spend almost an entire month on the road as an itinerant musician, living in the small quarters of a van, meant giving a lot of thought to what I chose to take along for the ride. Some choices were easy ones. Like, making sure I had everything I needed to prepare my own meals and, more importantly, my morning coffee! What equipment and technology would I need to accomplish what I’d set out to do? And, what extra clothing, besides my Franciscan habit, would I need to bring along with me? Some decisions wound up being spot-on. While others, well, not so much! 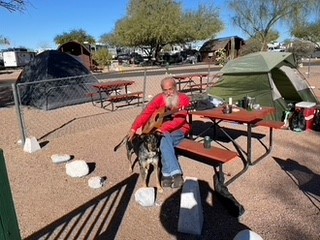 You see, musically speaking, my eyes were bigger than my stomach. I had brought along so many music books and charts they had to be packed in a box of their very own. You know, the kind you can buy at the U-Haul store! Having only 40 square feet of living/storage space to work with, that’s a lot of real estate. I also brought along too many instruments. While the piano keyboard wound up sounding pretty good out of doors, at the end of the day, it was overkill. I believe I could have done just as well with only my guitar. In fact, one of the more moving and memorable experiences of the trip was the night I spent listening to an old cowboy gently playing his guitar at a neighboring campsite.

What I didn’t bring enough of was suitable clothing for the distinct and various climates I’d be traveling through. Before taking off, I had committed to wearing my Franciscan habit exclusively for the duration of the trip. So, how much more clothing could I possibly need to bring along? Well, a lot more! Just because I’d be traveling south of the Mason Dixon line, didn’t mean the weather would always be warm and sunny. It was, after all, November. So, I wound up having to go to a local Army Navy store in Texas to buy some winter apparel. As it turned out I would experience snowfall “down south” well before my brothers “up north” in Michigan did.

The takeaway: Don’t let the “romantic” eclipse the “practical”!

But I can save a little money! 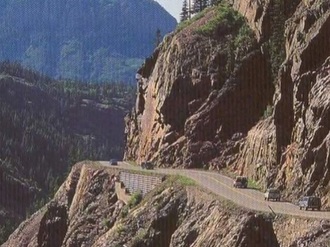 Upon heading back to Michigan from Arizona, I decided to try and save a little money by taking my Garmin GPS’s suggestion to avoid all “toll roads”. Just trying to be a good Franciscan, or so I thought to myself. Consequently, I was directed away from modern interstates to the rocky and mountainous switchbacks of the Salt River Canyon.

Now, I don’t like heights and, like my father was, I’m prone to a little bit of vertigo, so I was definitely not in my element. Had I known ahead of time that this attempt at frugality would result in my having to navigate a very narrow roadway at nosebleed elevations, with just a few stones and an occasional wimpy guardrail between me and the canyon floor, I would have happily paid the tolls! As if that weren’t enough, the winding, hilly and sometimes quite bumpy driving resulted in one of the FriarTruck’s axle rod bolts snapping off and repair bills far exceeding what the toll road expense would have otherwise been.

The takeaway: Being penny-wise and pound foolish is never a good idea!

A true Hail Mary pass:
Praying from the gut! 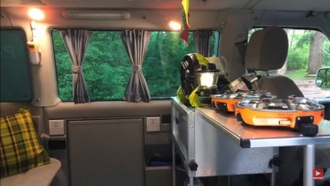 Supplies in the well-stocked van did not include warm clothing.

Along with all of the music and instruments, I’d also packed two of our Franciscan breviaries and a copy of Thomas Merton’s A Book of Hours. I just wanted to be able to pray as I’m used to, no matter the fact that I was all alone while traveling thousands of miles in a van. I assumed I would attend Mass at whatever church I passed, all putting the question of “how am I going to pray while on the road” to rest.

The reality turned out to be quite different. All of the churches I came into contact with were discouraging in-person worship and encouraging the online kind because of the coronavirus. So, that’s how I “went to Mass”; from inside the Friar Truck and on my little laptop! One church had even gone so far as to remove its Mass Times from the roadside marquee altogether.

But pray I did, with some of the more authentic and heartfelt prayers coming while driving the FriarTruck and under duress. Like the time a big rig driver, growing impatient with my slow and overly cautious maneuvering, kept trying to pass me when I was absolutely certain there was insufficient room for him to do so while keeping both of us alive. At the time I was quite scared, all the while doing my very best to remain physically calm while on the road. Suddenly, and as if from the very depths of my being, I began shouting out Hail Mary after Hail Mary as the big rig driver, undeterred, insisted on passing me a mere hair’s breadth away. At least that’s what it felt like to me!

The takeaway: You will pray differently when you’re scared!