The journey to the mountain top 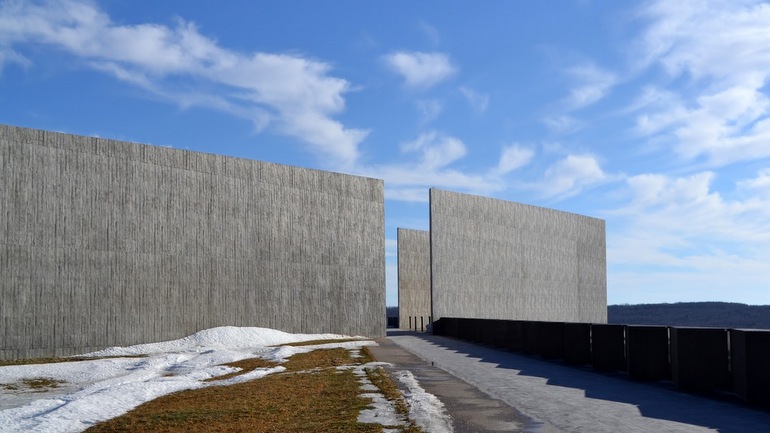 The Flight 93 National Memorial, a tribute to those who gave their lives to protect others.

Eighteen months ago, in the first week of my sabbatical, I visited the Flight 93 Memorial in southwest Pennsylvania. It was simple and tasteful, without a lot of raucous red-white-and-blue hucksterism. It memorialized not the terrorists but the brave men and women who took a stand in a doomed airplane to protect our country against assault. How ironic that 19 years later the very building which those patriots may have saved was finally overtaken, not by foreign, but rather by domestic terrorists!

Several weeks after visiting the Flight 93 site, my pilgrimage took me to Wounded Knee in South Dakota, where in the late 19th century another group of brave men, women, and children took a stand against terrorism. At Wounded Knee the terrorists—the United States Army—won. Even today that windswept hill is desolate. A simple stone in the graveyard of an Episcopal church marks the burial place of some of the victims of the massacre. Wounded Knee is but the most well-known of many instances in the 400-year genocide carried out against the indigenous peoples of this country. The stark solemnity attests to the evil – and to the call to justice.

Five months later, as my sabbatical was drawing to a close, I visited the Lorraine Motel in Memphis, Tenn. I was a theology student at St. Leonard that April night 52 years ago when Walter Cronkite broke the news of Martin Luther King Jr’s assassination. Few events are as seared into my memory as that one. Hope vanished. Today the motel where he was killed is a memorial to hope. “I have been to the mountain top,” he said just 24 hours before his death. “I have seen the promised land.”

With Dr. King, with the passengers of Flight 93, with the mothers and fathers and children at Wounded Knee, we have to recommit ourselves to the promised land. The forces of hate are strong, even in our own hearts, and the mountain is steep. Regardless of party or race, income or education, we have to continue the journey to the mountain top with all women and men of good will.

In our memories, forever young