Why we remember Anselm Weber 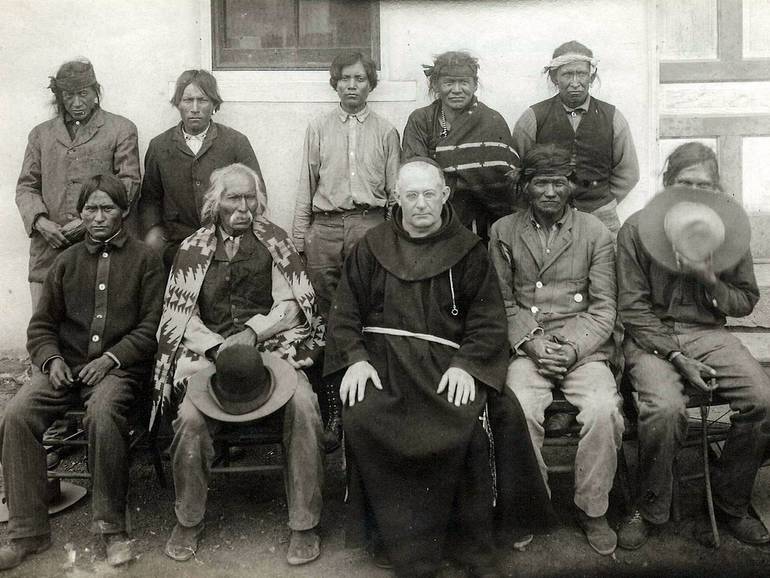 100 years after the death of a pioneering missionary

Maybe he knew he was living on borrowed time. 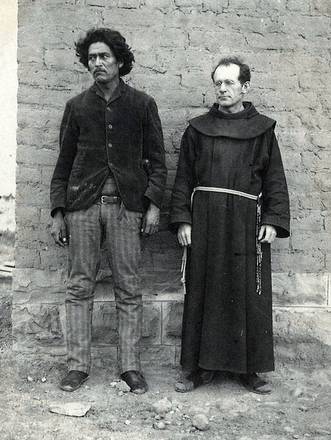 That might explain the relentless pace at which friar Anselm Weber drove himself for 23 years as a missionary to the Navajo people. The paper proof of his achievements fills 14 file boxes on the shelves of the Franciscan Archives in Cincinnati. Anselm, known as “The Apostle to the Navajo”, wasn’t the only heroic missionary to the Southwest from St. John the Baptist Province – not by a long shot. But given the ailments that plagued him for years, what he attempted and accomplished on behalf of those he served from 1898 to 1921 is remarkable. As his health failed, his work load did not diminish, even in the last years of a slow and painful decline.

One hundred years after his passing on March 7, 1921, at the age of 58, why should we remember Anselm Weber?

“He was amazing,” says friar Murray Bodo, a native of the Southwest and biographer of Anselm’s fellow missionary, the anthropologist and linguist Berard Haile. “Anselm’s energy was indefatigable; he was constantly working for the Navajo people” to protect their rights and interests. A devoted student of their culture, “He worked hard to preserve the sovereignty of the Navajo Nation. He went to Washington, to Congress, to plead for the preservation of the integrity of Navajo lands and prevent encroachment by the railroads and others.” Anselm’s letter-writing campaigns on behalf of various causes generated enough correspondence to fill seven of those boxes at the Archives. 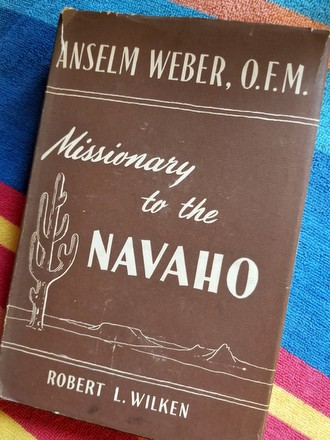 Recruited by Mother Katharine Drexel in 1898 as one of the first friar missionaries to Arizona, “Anselm Weber provided the Indians with their strongest defense against cultural breakdown,” wrote Robert L. Wilken, author of Anselm Weber, O.F.M.: Missionary to the Navaho, a painstakingly compiled biography of the pioneering friar (Bruce Publishing, 1953). Wilken described Anselm’s approach to evangelization:

“Conversion of the Navaho tribe he and his confreres viewed as a long-term process that would proceed from a previous winning of hearts and minds through ‘tangible signs of the whites’ good will,’” which began with understanding the ways of “The Diné” – The People. It contrasted sharply, Wilken said, with the U.S. government’s attitude of “neutral toleration, which sometimes bordered on opposition”. Learning the Navajo language to “preach and communicate was more practical than forcing English on the community.”

According to a profile of Navajo interpreter Frank Walker in the May 1945 issue of Desert magazine, Anselm Weber “played a great part in crystallizing his [Frank’s] fine code of honor and ethics. Frank trekked endless miles over dim trails that led to the end of Navajoland” with Anselm, who, decades after his death, was “still revered by the Navajo as the good and kindly ‘e’nishodi chischilli” – the “curly-haired long robe.” 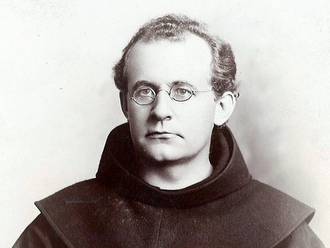 As Wilken explained, “He worked for the group independence by promoting tribal ownership, opposing family allotments on reservation lands, and by gaining for the prolific tribe vast new land areas to support their sheep.” All this, while pursuing his priestly duties, working to establish mission posts throughout the territory, studying the Navajo language and translating a catechism for children, riding hundreds of miles to promote a boarding school at St. Michaels, Ariz., writing regularly for church and mission magazines, becoming a part-time surveyor, and serving as a peacemaker when tribal and government tensions came to a head.

But time was not on his side. When Anselm died in 1921 at the Mayo Brothers Clinic in Rochester, Minn., he had yet to fulfill his goal of establishing a “medical apostolate” for the Navajo people. Jesuit A.M. Mandalari of The Church of the Immaculate Conception in Albuquerque, N.M., sent his condolences: “The Apostle of the Navajo, and the pillar of missionary work in this part of the country, has gone to his reward.” 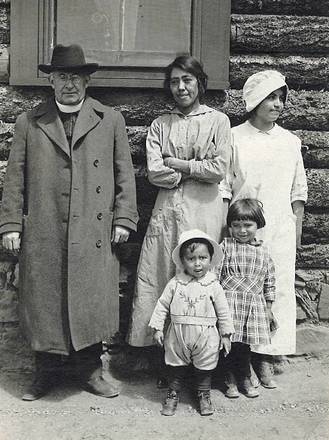 Fr. Anselm Weber and a Navajo family at the Fort Defiance, Ariz., mission

Newspapers reported his death with effusive headlines like the one from the Daily American Tribune in Dubuque, Iowa:

They quoted U.S. Indian Commissioner Cato Sells, who said, “His passing is a great loss to society, and the Navajo Indians will greatly miss their long-time and faithful friend.”

Learning of Anselm’s death, Agnes Chester, a former student at St. Michaels School and niece of Navajo Head Chief Chee Dodge, wrote: “Oh dear me, my heart is broken. We all weep at once….now the white people can do what they please with us because our Father is gone. Now, too, the white people can do everything they please with our lands, because our dear Father looked after everything.”

And with his passing, she believed, there would be “No more like him.”

(Thanks to Archivist Ron Cooper for his help with research and to Greg Friedman for his timely reminder.)

If he were alive today 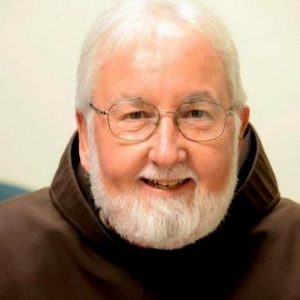 In the early 1990s, while in the FMU, I remember reading the book, Anselm Weber: Missionary to the Navaho. Before doing so, I was not aware of the difficulties and challenges, both culturally and spiritually, those early friars faced. Despite these challenges, I was impressed with how the friars became such an integral and respected part in the lives of the Navajo people.

I know that Anselm Weber was very much involved in securing land rights for the Navajo people. He worked with, and was trusted by, both tribal and government officials. In his many trips to Washington, D.C., it is said that he helped secure close to 1.5 million acres of land for the Navajo people.

Reflecting on Anselm Weber and all that he accomplished back then, I cannot help but wonder how much more he could have done if he were alive today. My guess is that he mainly communicated by snail mail, travel and many meetings throughout the reservation.

Today, he would have his cell phone hooked to his cord, email access, text and Zoom. He probably would meet with the tribal leaders at a local chapter house and have a Zoom meeting with officials in Washington. There is a good chance he could have gotten another million acres. I believe Anselm left a legacy of Gospel living, of care for creation and love for the Navajo people – a legacy the friars continue to build on today. 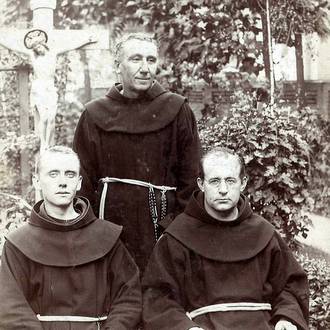 1. One of the first three SJB friars recruited to the Southwest in 1898 by Mother Katharine Drexel, Anselm Weber was sent because superiors believed a change in climate would do him good. Workaholic tendencies as a teacher at Cincinnati’s Gymnasium had broken his health, and he seemed to be on the verge of a nervous breakdown. The change did not have the desired effect. Anselm suffered nervous seizures that “continued to plague him periodically for the rest of his life,” said biographer Robert Wilken. “Nervous exhaustion forced him to spend Lent of 1909 at St. Joseph’s Sanitorium in San Diego, Calif.”

2. Tales of how Anselm and fellow missionaries Juvenal Schnorbus and Placid Buerger learned the Navajo language – word by word – are true. Apparently they absorbed many vocabulary words from the Navajo by pointing to objects in a Montgomery Ward catalogue. In 1910, Wilken says, Mother Katharine subsidized the printing of the Navaho-English Catechism for children, “which was the cumulative product of Anselm Weber’s twelve years of preparation and experience.” 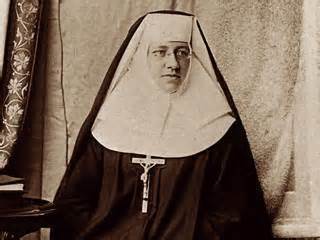 3. “Out of that first presence of friars at St. Michaels grew 14 missions where the Navajo lived,” says missionary friar Bruce Hausfeld of Albuquerque, N.M. “In its heyday, we had friars at every one of the missions. I’m sure Anselm had something to do with that.”

4. Converting the Navajo people to Christianity was a long-range goal of early missionaries, as Wilken said. Anselm was content “to plod along, laying the groundwork and clearing the way”, planting the seeds for eventual conversion by educating the children and gaining the trust of Navajo leaders.

5. A savvy communicator, Anselm championed causes through letter-writing campaigns on issues involving Navajo schools, land grants, archaeology, family squabbles, leasing of land, and assistance from his superiors in Cincinnati. “He displayed rare success in the technique of volume production of propaganda letters with which he bombarded and wore down those individuals who were in his central control in his province in the Franciscan Order,” Wilken wrote. 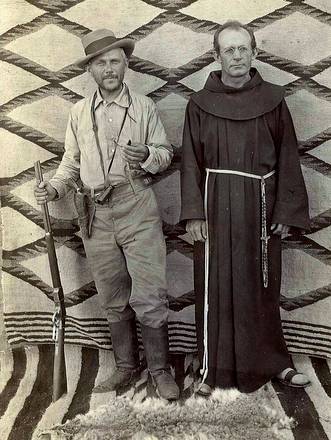 6. Spending three days with a surveyor in 1899, Anselm learned the basics of the trade, later swapping an Indian blanket for a field compass, rods and tape which he used to draw boundaries for railroad right-of-ways and settle land disputes involving the Navajo.

7. On file at the Franciscan Archives are more than 30 legislative bills Anselm promoted in Congress on behalf of the Navajo people between 1912 and 1916. “Jokingly, he was reputed to have spent as much time in Washington as on the reservation,” as it says in SJB’s Necrology. In July of 1907, Anselm met with President Theodore Roosevelt and members of the Dept. of the Interior regarding extension of reservation lands.

8. A nervous habit reportedly led to a run-in with a temperance crusader. “When under tension,” said biographer Wilken, Anselm smoked 10 to 12 cigars a day. At a public gathering in Kansas City, Mo., during a trip east, “He lost a freshly lit cigar” when the legendary Carrie Nation “ruthlessly slapped it out of his mouth. Always calm, the rather stern-faced priest slowly turned to size up his crusading assailant.” To the crowd’s approval, he pulled out and lit another cigar. 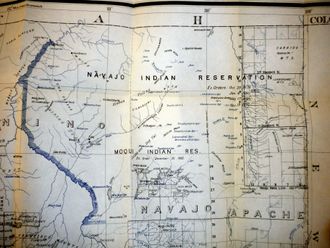 9. In 1914 he authored a 20-page pamphlet, “The Navajo Indians: A Statement of Facts”, to defend the acquisition of new lands by the Navajo. “In 1904, Navajo people living off the reserve came to me with their requests,” Anselm had earlier written. “Mexicans and white men invaded their territory and dispossessed them of their homes and lands. I could not evade their plea and refuse to help my Navajo brothers. Of course, this work was the responsibility of the government, but the government did nothing….” Anselm is credited with adding 1,439,160 acres of land to the Navajo reservation in his 23 years in the Southwest.

10. He was reportedly working up to 20 hours a day when he was diagnosed with kidney cancer in 1917. After his kidney was removed at the Mayo Brothers Hospital in Rochester, Minn., Anselm returned to St. Michaels. But the cancer recurred, and with it came more operations, radium treatments and cauterization at the Mayo clinic over the next three years, as well as procedures in Los Angeles, Gallup and Albuquerque, according to Wilken and provincial files. Four days before his death on March 7, 1921, Anselm was still working, “drafting plans for lease, purchase and consolidation of railroad sections beyond the extended reservation.” 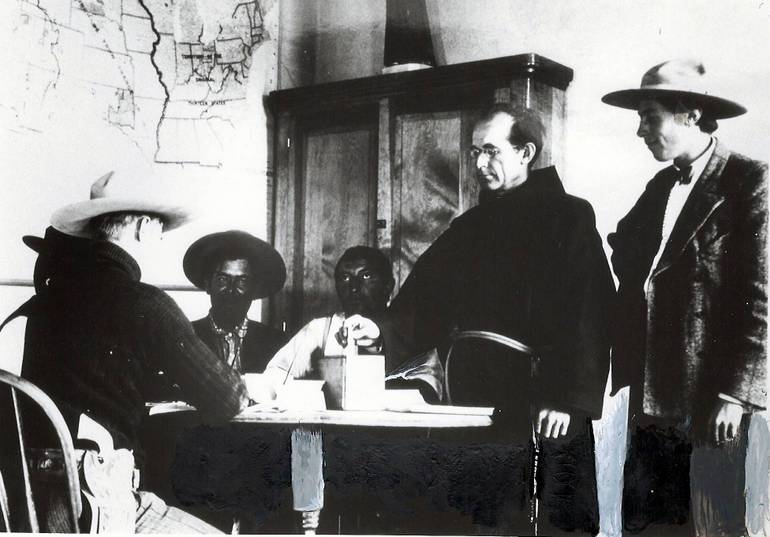 'This is our life: to pray for the world'