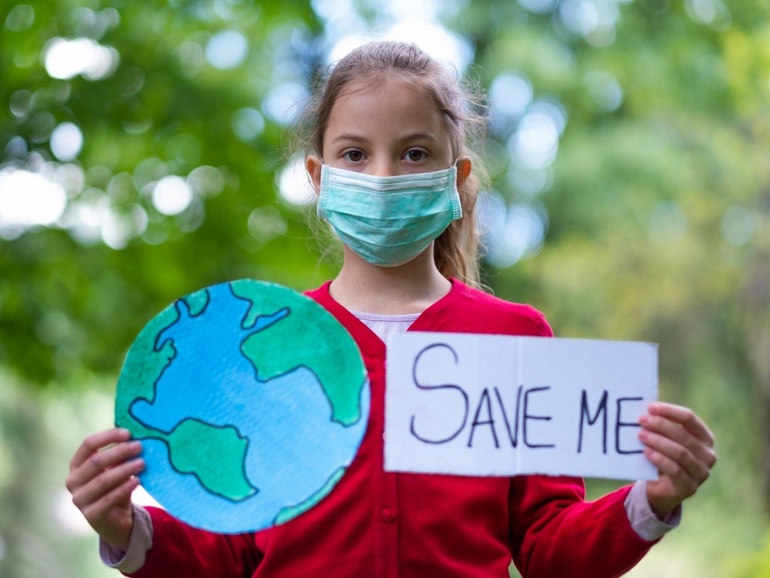 Recently I stepped into the shower only to find a gigantic spider looking for a meal. Rather than risk that spider scrambling up my arm and into my hair only to bite me on the head, I squished it with my slipper. He didn’t belong there, was my rationalization. Too dangerous to try to take outside on a slip of flimsy paper.

As we celebrate Earth Day, and read the recent encyclicals of Pope Francis (Laudato Sí and Fratelli Tutti), killing a spider without thought becomes a moment to reflect upon. I was raised with a CCD understanding of levels of species. We went from a rock to a plant to insects to animals to humans to angels to God on a very specified ladder. Those with “less intelligence” were considered less consequential. While I would not go on a campaign to eradicate spiders through squishing, I was always in my ethical right to do so when they came across my path. I was taught however to never cause them pain by heating them with the sun and a magnifying glass, for example. But for the most part, insects weren’t even thought of as having pain.

Science has recently showed us the very intricate and rational and beautiful patterns of insects, plants, and the very earth itself. We live in a world where our relationship with all other creatures, and even the earth itself, can be seen as interconnected. St. Francis by the year 1224 was praising God, the Creator, through the relationship of brother and sister with all the earth’s creatures. They bear the signification of God. They shine with inner aspects of the Most High. Francis’ intuitive and mystical vision is only now seen in its great importance.

Our earth is threatened by our un-reflected ways of squishing what seems to be below us. Pope Francis reminds us in Laudato Sí to become aware of these interconnections. You can now see with the melting of icebergs and glaciers, with the regular and vast wildfires, with the frequency of tornados and hurricanes, the result of global warming. All of this is happening in what Pope Francis calls “our common home”.

Developing a sense of the earth and all creatures as the common home we share is its own conversion. President George W. Bush even said that we are addicted to oil! That coming from a man whose family made its fortune off of the oil industry. In Laudato Sí, Pope Francis quotes Pope Benedict XVI, who said that “eliminating the structural causes of the dysfunctions of the world economy and correcting models of growth which have proved incapable of ensuring respect for the environment” (#6) was the way to save the planet. Now that’s beyond most of us. But I’m betting that all of us know the importance of recycling, of reducing Styrofoam use, of conservation. What is not beyond us, is how we vote for those who propose laws to protect the planet and its resources.

Our relationships with other people also bears some reflection as well. Unconscious racism has caused us to have a lack of concern for people around the planet who are our brothers and sisters. We can ascribe negative judgments on people caught in a cycle of poverty or addiction or immigration, e.g., lazy, they prefer that, and even that some people are not “worthy” of care. This extends even to the unborn. Pope Francis in Frattelli Tutti asks us to look all people through the lens of the Good Samaritan. “There are only two kinds of people: those who care for someone who is hurting and those who pass by” (#70). Sometimes, in a non-reflective way, we have considered some people from a particular group as beneath us on the ladder. These attitudes need to become more conscious in us, so that we can choose to act as brother or sister.

I haven’t run into a spider in the bathroom since. But I’m keeping a piece of paper and a jar as a way to safely release it back into the planet. I’m grateful that spiders keep down the population of mosquitoes. Oh, wait, maybe that’s another deeper level of conversion for me!

(Fr. Mark Soehner, OFM, is the Provincial Minister of the Province of St. John the Baptist)

Response to the verdict