Challenge and opportunity for novices 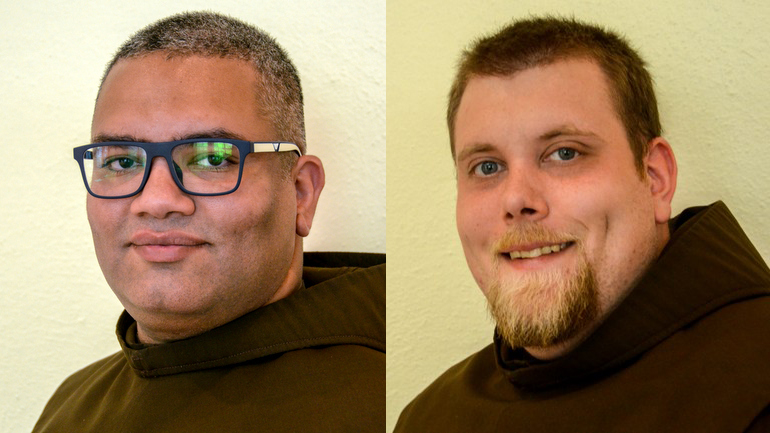 Phil McCarter and Brian Menezes of St. John the Baptist Province are among nine men who will be part of the first wave of novices in the new Brothers Walking Together formation program starting in mid-August. When novices make their first vows and leave the interprovincial novitiate in Santa Barbara, Calif., they will spend nine months living in a culture that is different than the environment with which they are familiar and comfortable.

“While they will be engaged in ministry during this time, they will primarily be learners – experiencing what it is like to be in a minority in a culture, to be challenged to move ‘outside the box’ into new ways of thinking and living,” according to SJB Provincial Minister Mark Soehner. “An important element of the process will be taking time to reflect on their experiences,” whether they are serving the homeless in the inner city, assisting immigrants on the southern U.S. border or working in the missions in Jamaica.

Among the friars from US-6 provinces who will accompany the novices at their assigned sites is Tim Lamb of St. John the Baptist Province. Tim will be leaving his role as Director of Vocations to join the ministry in Negril, Jamaica.

The novices who will be pursuing this new adventure in faith – and their assigned destinations – are: