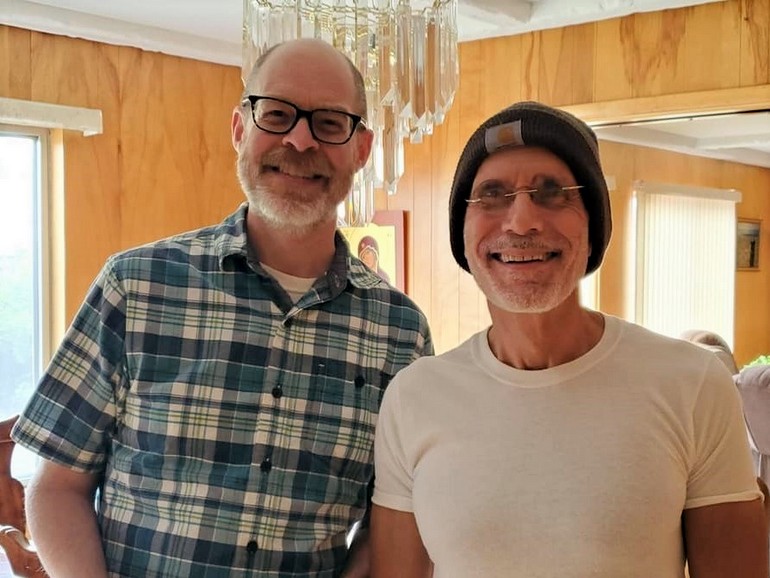 Like all good hosts, they went all out for Memorial Day.

The residents of Duns Scotus Friary pitched in to make it as memorable as they could. That meant planning a home-cooked meal, with “about 50 million trips to the grocery store,” says grill master Michael Radomski, and a cleanup inside and outside that extended to trimming the trees in their Berkley, Mich., yard. 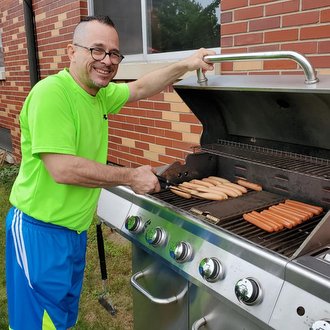 As the photos convey, it was special, and it was worth it, the first major maskless social gathering of Detroit-area friars in a year-and-a-half. “We’re in the habit of getting together for the holidays at different houses,” Michael says of the group. “We have a very tight cluster; we’re very supportive of one another” and are well aware they’ve weathered the Covid crisis better than many communities. Now fully vaccinated, “We’ve been very conscious that while people have been suffering, we’ve been blessed.”

Other than two who had previous commitments, brothers from three friaries were all on hand Monday, including the newest member of their group, John Barker of St. Benedict the Black Friary.

The cookout and conversation lasted for five hours, starting with snacks, through a dinner of grilled burgers, sausages and hot dogs, baked beans, coleslaw, guacamole and potato salad, capped off with store-bought ice cream. Cooking was a team effort, Michael says, “and everybody had a hand in it,” as well as the cleanup that followed. “It was nice to have the friars together and make sure they had as good a time as we could give them.”

For those separated by months of masks and awkward distances, “normal” never looked so good. 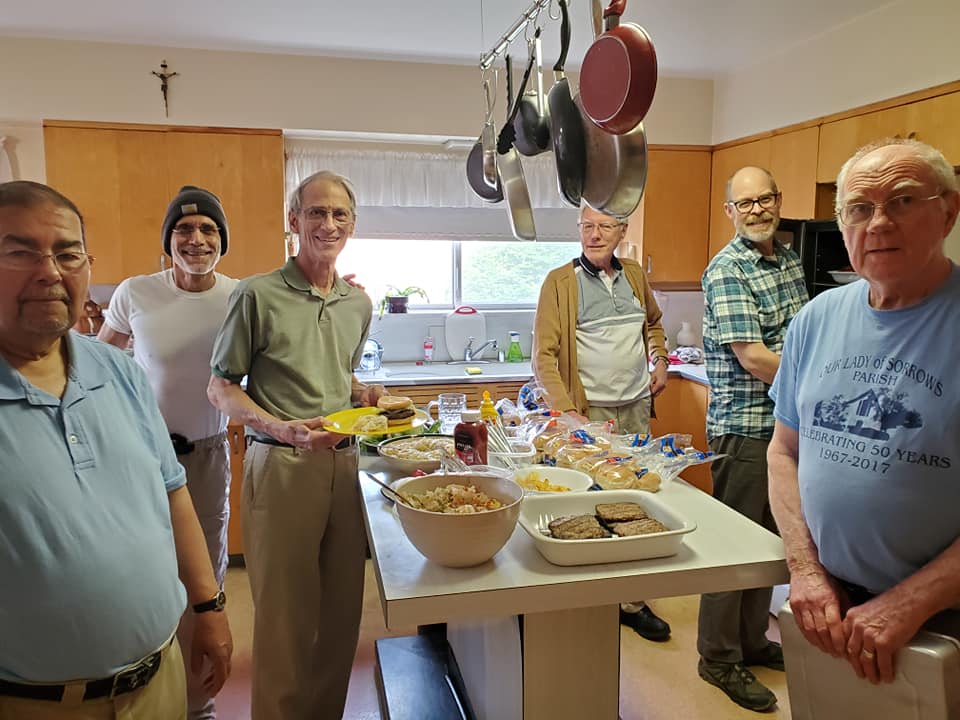