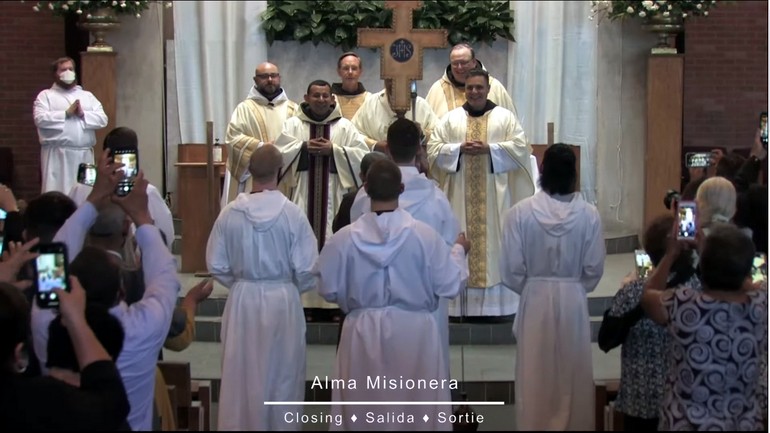 From the video: Juan and Javier are all smiles.

Everything about the May 29 ordination of Holy Name friars Javier Del Angel De los Santos and Juan de la Cruz Turcios was hopeful and exuberant, from the cultural tapestry against which it was set – Spanish- and English-speaking communities participated – to the celebrant, Cardinal Wilton Gregory of Washington, D.C. Video of the Mass at St. Camillus Church in Silver Spring, Md., is posted at: https://www.youtube.com/watch?v=-kuqkeZulQk .

The first blessing bestowed by the new priests was followed by the long and heartfelt hugs they gave each other. 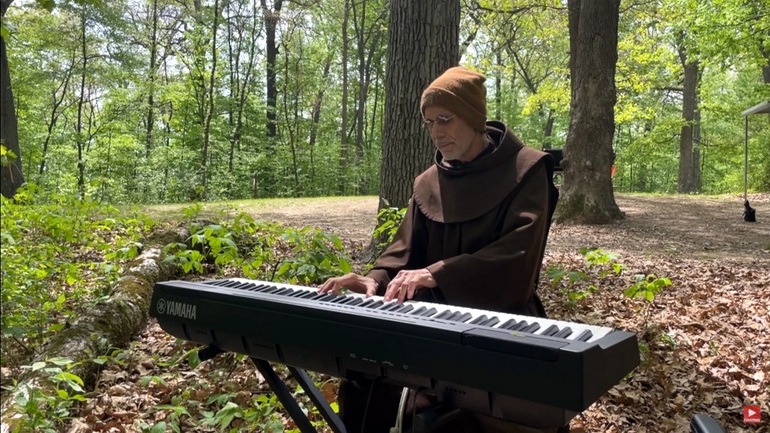 It was a birthday treat for Br. Al Mascia

It was a birthday to remember for Br. Al Mascia, who celebrated on May 20 by taking his piano keyboard into the Michigan forest to play one of his favorite pieces of classical music, The Prelude and Fugue in C Major by Johann Sebastian Bach, “with only the beautiful trees as my audience!” he says in his latest installment of The Friar Place: You can hear Al’s performance at: https://www.youtube.com/watch?v=7EwOwHWRTpw

“While there was no applause when I finished,” he says, “the standing ovation was awesome!” 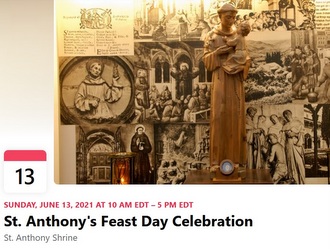 This year, as in 2020, the celebration of St. Anthony’s Feast Day will be livestreamed from the National Shrine of St. Anthony in Cincinnati. Mass times are at 10 a.m. and 4 p.m. (EST) on Sunday, June 13, and the novena prayers and Benediction will start at 2:30 p.m. (EST).

Those unable to be there in person can make plans by visiting: StAnthony.org/live.

Join the online event at: http://ow.ly/t2Ql50EW4FC 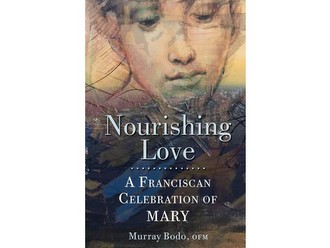 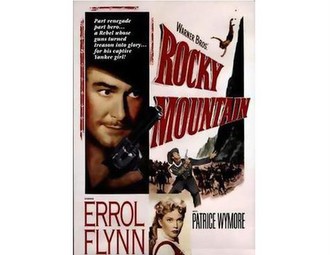 And speaking of Murray, remember his Jubilarian story about growing up in Gallup, N.M., where so many westerns were made? One of those films was Rocky Mountain, shot in 1950 when Murray was a pre-teen. Its star, Errol Flynn, made a lasting impression on Gallup’s younger movie fans. “Errol Flynn was really nice to us kids,” Murray recalls. “He used to come to a bar on the poor side of town where we lived to play table shuffleboard and have a couple of beers after a day of filming. He and two or three actors would stay about an hour or so, and we kids would stand on each other’s shoulders to watch them play through a small window. He was the only one who would stop on the way out and talk to us kids, briefly, but always jokingly and kindly.” 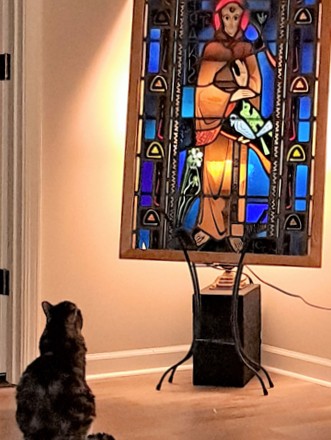 Bella has a spiritual side.

Obviously Bella, the cat who stayed behind in Bloomington, Ill., when owner Fr. Ric Schneider moved to Cincinnati, has not forgotten her Franciscan roots. Ric recently received this photo of Bella doing her daily devotions to her favorite saint.