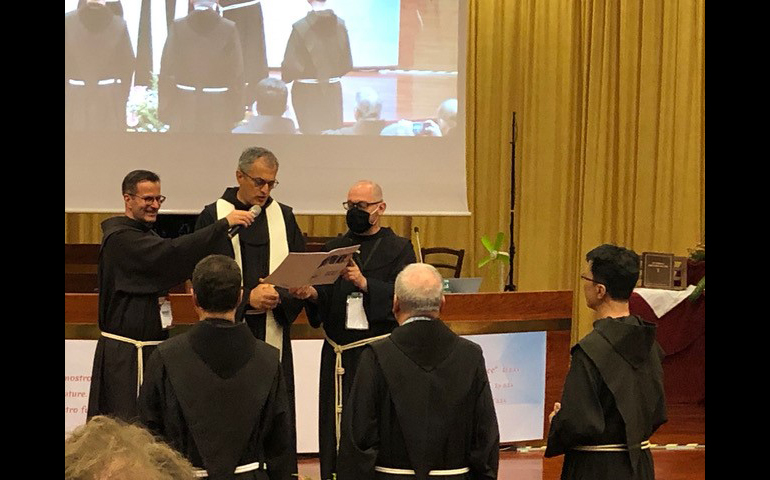 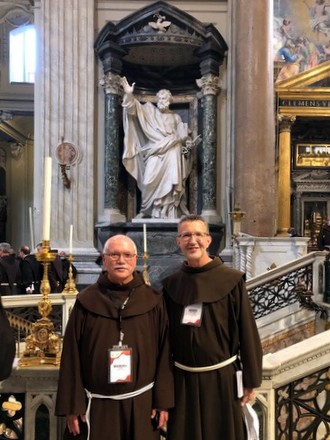 The morning was dedicated to electing an entirely new slate of General Definitors. The straw ballot required that each capitular vote for eight different friars, keeping in mind the different Conferences. These Conferences are smaller groupings of the Provinces; sometimes they are geographic, at other times they coordinate with a common language used. Each conference had proposed two candidates, but the capitulars were not bound to follow those. They could elect any friar in the world to serve on the General government, called the General Definitorium. These men work to advise, consult and give approval to the General Minister and the General Vicar, who run the day-to-day actions required throughout the world for the friars.

The new Definitors elected are:
–  Cesare Vaiani for the European conference that primarily uses Italian for its language;
–  Konrad Grzegorz Cholewa to represent the Provinces that speak a Slavic language;
–  Jimmy Zammit for the English Speaking Conference, which includes all the Provinces of the U.S., Canada, England, Ireland, Malta and Lithuania;
–  John Wong for the Provinces of Asia-Oceania;
–  Victor Luis Quematcha for the African Conference;
–  Albert Schmucki for the German-speaking group
–  Two friars were elected for the South American Conference, which includes Mexico to Argentina. They are Joaquin Echeverry and César Külkamp. Quite a few of these men were not members of the Chapter, and so, needed to be notified by phone. A couple of these friars who were close to our vicinity flew in for the rest of Chapter.


On this evening of the Feast of St. Bonaventure, we took a trip to St. John Lateran, which is the head of all the churches connected to the Roman Catholic Church. There, as we prayed Evening Prayer, we lifted up the intentions of the Pope and all the bishops in union with him. We were treated to a beautiful dinner in the beautiful setting of the courtyard of this gigantic Roman Basilica. 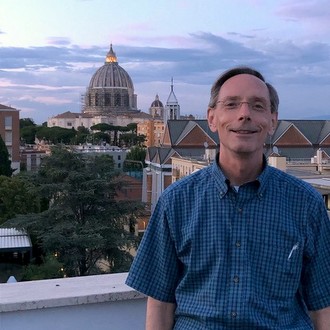 At the beginning of this day we had a letter from the Pope to the Chapter congratulating Massimo, our new Minister General, but also expressing his own concerns in our world that he felt could best be met by the Friars Minor. We almost cheered as we realized these were exactly the ones that we had been working on! We were disappointed, however, because we also learned that we would not be able to go to visit the Pope personally, as he was still recovering from his recent surgery.

Both of these days were filled with the tedious, but necessary, work of crafting our response to changes in the world and the Order today. For most of Chapter members, these days were difficult. It required a lot of attention in different languages, and with different cultural challenges, for us to put together a way of being Friars Minor for the next six years.

Larry Hayes, representing Holy Name Province, created draft proposals on our Franciscan Identity, Fraternal Life, Formation, Missions/Evangelization, and Justice, Peace and Integrity of Creation (JPIC). The chapter members would then offer their suggestions, clarifying and muddying the situation. Larry and his commission would then return either later in the day or the following day with better phrased proposals. Each one was eventually voted up or down. 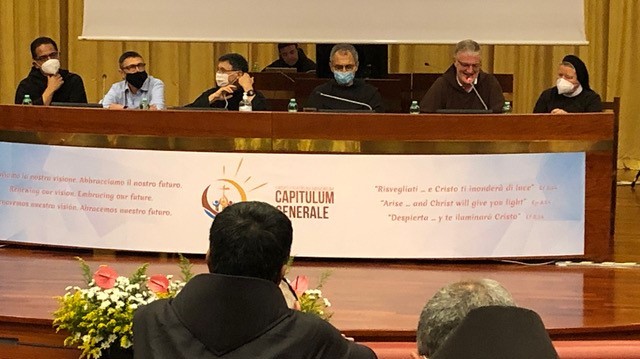 Also, the text that summarized the themes that the Members of Chapter had been discussing was written by Daniel Horan, known by many friars from CTU (where our Province does theological training). Dan’s ability as a systematic theologian became evident in even the initial draft. There were minor suggestions of revision offered to him. He gratefully accepted them.

This would be our last full day of work, and work we did! There were many proposals that went through modifications, and were then re-presented for voting. All in all, while tiring, it also provided clarity for the Order in the many directions that we were asking it go. 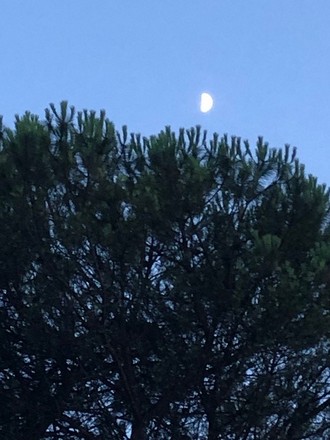 A beautiful view of the moon after Evening Prayer.

After lunch a group of friars went to the airport to get an “official” Covid rapid test that would be required for those boarding planes soon. I was one of those. The process unfortunately took almost two hours, and we were running late. I was concerned because I had presented a proposal to increase the number of delegates to the Chapter for those Provinces that had more than 300 members (with the new US Province in mind). The goal in this was to make the Chapter proportional to the number of friars and yet, not to flood the Chapter with delegates. As things previously stood, a small province with just 40 members would get a vote. But a big province with 800 members would also have just one vote.

This day at Chapter ended after Evening Prayer with a bus ride into Rome to visit the Order’s Hotel, called Il Cantico. John Puodziunas as Economo General was instrumental in helping it get off the ground. He had arranged everything in what turned out to be a very beautiful night.

We ended today on the high note of celebrating the Sunday Eucharist together with the Minister General. There was a festive lunch, followed by the sadness of saying goodbye. Promises were made to keep in touch. My main takeaway was the realization of the enormity of this Order, our worldwide different concerns, but also the easy way we became a real fraternity, a feeling of belonging to the same family, in just a little over two weeks. No doubt, I will offer some further reflections on this as they come to me. Now, I’m in the midst of packing and mulling over this incredible experience.

Fr. Mark Soehner, OFM, is the Provincial Minister for the Province of St. John the Baptist.

View more photos on our Flickr album: Fr. Mark at the General Chapter

A food pantry for a community in need