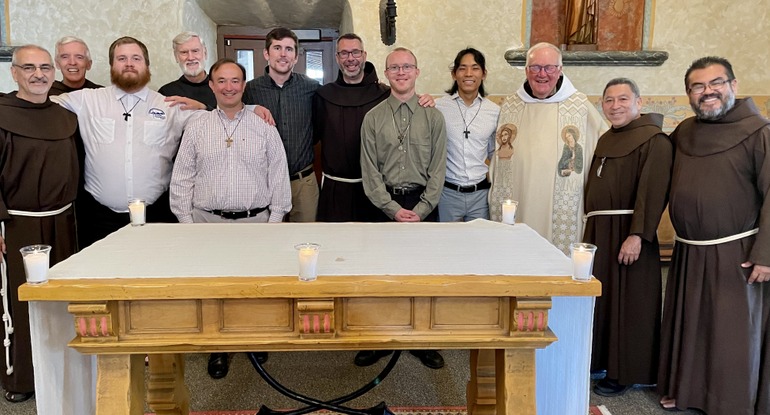 Five candles were lit, one for each of the novices.

“What do you wish from us?” they were asked.

“We wish to share your life of brotherhood,” was their response. So began the exchange in which five men were received into the interprovincial novitiate on July 15 to begin their journey of learning and testing.

It was Vicar Provincial Martin Ibarra of Santa Barbara Province, delegated by the US-6 provincials, who introduced the novices to the novitiate team and the community of professed friars who live and minister at Old Mission Santa Barbara, Calif. 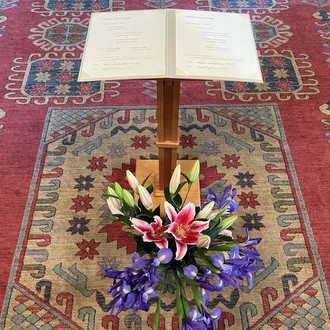 At the beginning of a Eucharistic liturgy led by Br. Daniel Lackie, five candles were lit, one for each of the novices as a sign of the presence of the Holy Spirit in their lives, and also as light for the world, in the service of suffering humanity and for the entire creation. After a beautiful homily by Br. Larry Gosselin on Bonaventure and God’s beauty found everywhere, the new director of postulants, Gino Correa, spoke about the beauty he found in each of the candidates.

Martin then called the candidates by name, presented them to the professed community, and asked them what they wanted from us. The candidates answered that, moved by divine inspiration, they wished to be accepted in our Order, brotherhood, and way of life, to be tested by carrying the yoke of our Lord Jesus, following in the footsteps of Francis of Assisi.

The formation team then accepted the new novices, who from the hands of the professed friars received the lit candles, placed them at the altar of the novitiate chapel, and signed the roll books of their provinces. The witnesses were Brothers Kevin Schroeder and Angelo Cardinalli, the most senior members of the community. After the signing of the books, there was an emotional recognition of the new novices by the professed friars, and the Eucharist continued with the Prayer of the Faithful. The sign of peace exchanged later was charged with great affection. Friar Gene Pistacchio and his guitar provided wonderful music. The singing came from the heart.

The reception was followed by a festive pre-prandium and dinner. 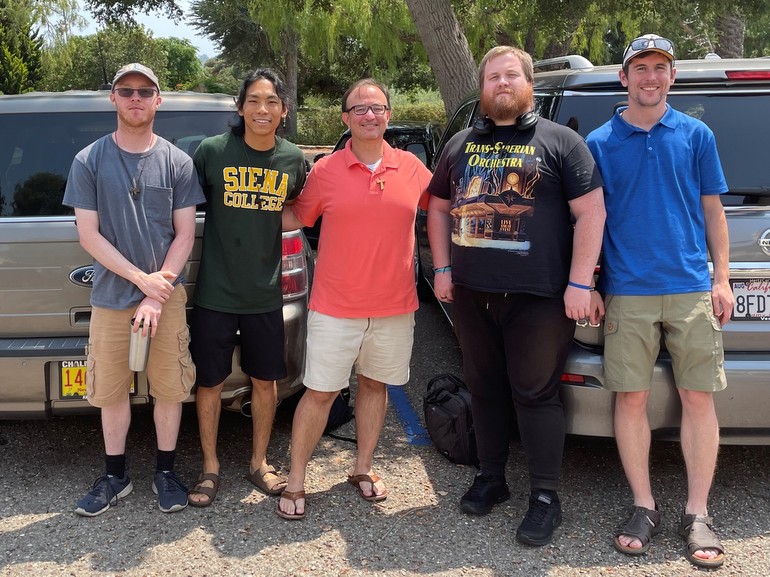 The five novices are ready to begin their journey of learning and testing.