From 2014: Communicators of the English Speaking Conference (I’m the short one) with Federico Lombardi, center, at Radio Vaticana. 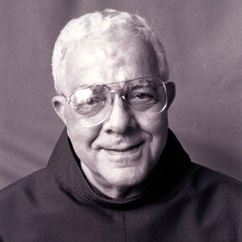 It was Joe who recruited me 25 years ago. He had somehow been roped into running the Communications Office for St. John the Baptist Province, when he much preferred preaching and guiding friars through formation. Joe never liked this job. But I loved it.

In 1996, a lunch with Joe resulted in an interview at the friars’ motherhouse in Over-the-Rhine. That led to a job offer three days later. After almost 25 years as a newspaper reporter and editor, I made a leap of faith, accepted that offer and became the successor Joe had been praying for – or so he told me, more than once.

I knew little about Franciscans, even though religion was part of my beat at the Cincinnati Enquirer. All I knew was that Joe was a friar, and if they were all like him – he radiated kindness and incandescent spirituality – then things would be fine.

My reporter’s instincts were right. It was a great move for me and, I hope, a good one for the friars. Now, after 25 years and hundreds of newsletters, it’s time for me to move on. But this isn’t a reflection on retirement. It’s me looking in the rear-view mirror and thinking, what an amazing journey I’ve had because of this privileged position. 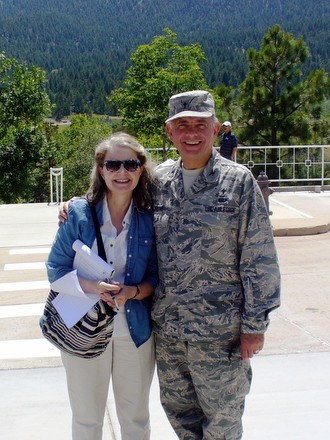 Toni with Chaplain/Col. Bob Bruno at the Air Force Academy in Colorado.

I once sat in a circle of communicators in Rome, interviewing Federico Lombardi, the spokesperson for Pope Francis. Handing sandwiches to homeless people, I saw the despair in their eyes as I walked with friar Michael Radomski on the rounds of his backpack ministry in Detroit. I met some of our best and brightest young people at the Air Force Academy in Colorado when Chaplain/Col. Bob Bruno was stationed there. I shared the relief of exhausted immigrants – mothers and children – when they were greeted with smiles and applause at a Franciscan parish hall in McAllen, Texas. I followed Sisi the therapy dog around Roger Bacon High School as she snuggled her way into the hearts of students and faculty in Cincinnati. And I often wondered: How many writers have the opportunities that I’ve had?

I’ve enjoyed Franciscan hospitality from Jamaica to California, from Ireland to Louisiana, from Texas to Alberta, Canada. I’ve profiled countless friars around the world: preachers; teachers; craftsmen; chaplains; missionaries. They trusted me to tell their stories, a responsibility I never took for granted.

Now, because of a post-pandemic shift in priorities and because it feels like the right time, I’m ready to retire. I pray that whatever comes next will be something that matters.

I know I’ve been blessed in my work: five decades of great jobs with great people. And I owe some of the most memorable moments to Joe Rayes, rest his soul. The first friar I ever met, he was a good and gracious man who never stopped thanking me for taking this job off his hands.

The friars express their gratitude to Toni’s creativity, professionalism, and loyalty in Farewell Toni Cashnelli

The friars and staff of the Province of St. John the Baptist honored Communications Director Toni Cashnelli at her retirement party, July 29. Toni received The Francis Medal, an honor reserved for extraordinary service. The Francis Medal was established to give “concrete expression to the spirit of St. Francis.” Toni’s certificate reads:

On the occasion of her retirement after 25 years of faithful and faith-filled ministry as Provincial Director of Communications, her journalistic skill and probing curiosity have helped us see ourselves and helped others share the Franciscan Message of Joy.

She has enriched our lives and given concrete expression to the Spirit of St. Francis of Assisi.

Photos below of Toni’s retirement party. 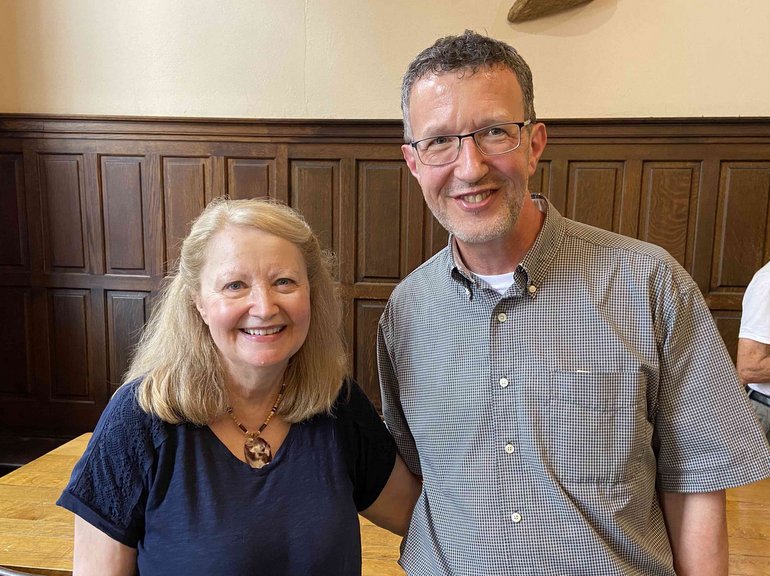 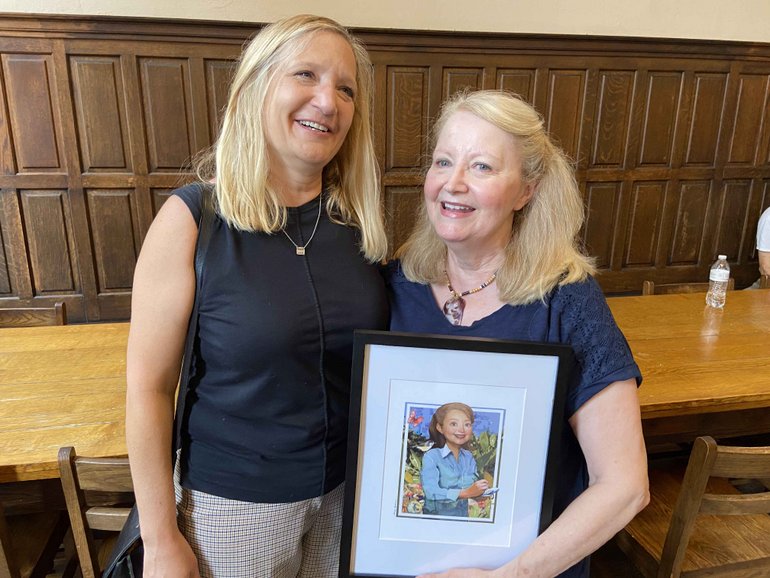 Artist Brenda Grannan presents Toni with an illustration commemorating her career with the Franciscans. Photo by Andy Holland. 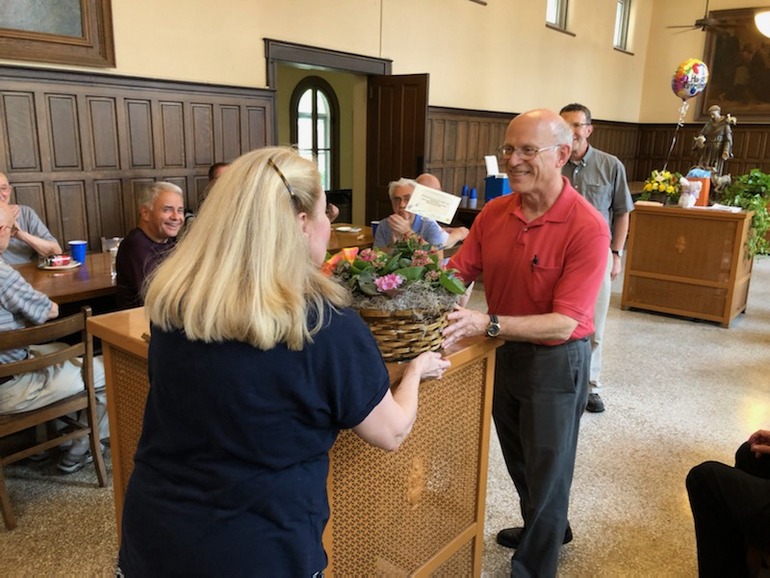 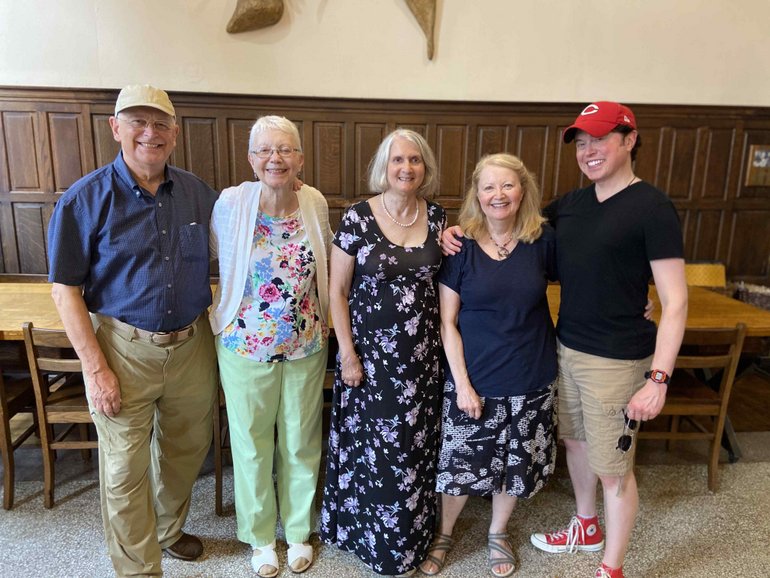 Toni’s family was present for the festivities. Photo by Brenda Grannan

Woodworking and the Franciscan life