Woodworking and the Franciscan life 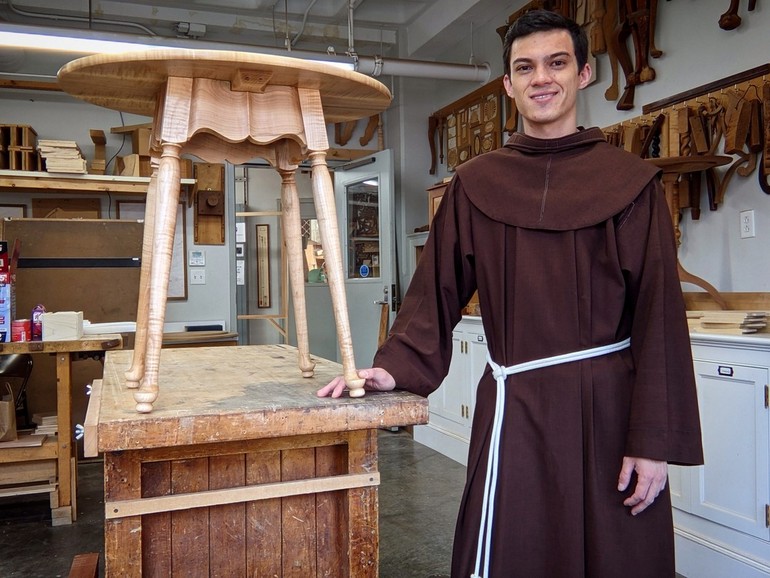 Br. John Boissy is on his way to a degree in making distinctive furniture. 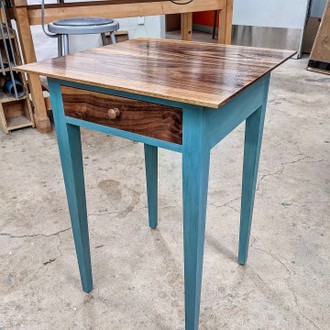 One semester into a two-year program at North Bennet Street School in Boston, John shared photos of the class projects he’s created over the past six weeks. “I finished a Shaker nightstand (made from walnut and poplar, and the poplar was pointed ‘tropical jade’) and a splay-leg table (made from curly maple),” he wrote by way of description.

John and fellow students in his Cabinet and Furniture Making program study the classics, working from a foundation of 18th- and 19th-century examples. “Next semester I will begin with my toolbox as a project,” he says, “followed by a proficiency exam, and then beginning my requirements for graduation (one case piece, one chair, and one table).”

In an interview with the school newspaper, the NBSS Portrait Project, John tells how his interest in woodworking evolved, and how the skill dovetails with his Franciscan life. John is living with Holy Name friars at St. Anthony Shrine in Boston while he attends school.

Video interview with John from the NBSS Portrait Project.