Rejoicing in a son of the parish 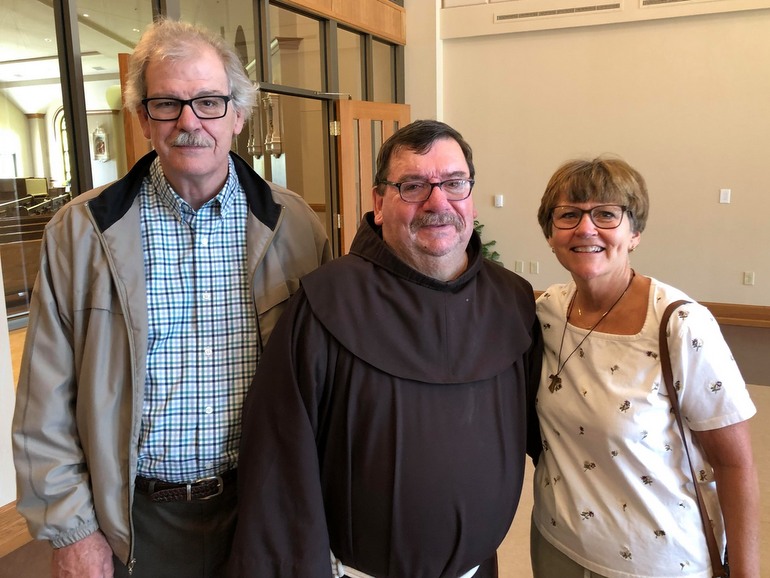 Jerry Beetz was joined by fellow friars, family members, friends and parishioners at his home parish of St. John the Baptist in Harrison on Aug. 8, marking his jubilee during a joyful Sunday liturgy.

“The celebration of my 50th anniversary was quite a surprise from the beginning,” said Jerry, who anticipated a small family gathering to celebrate because of COVID-19 restrictions at the time he started planning.

It evolved into a parish celebration. “I was moved by two things,” Jerry said of the Mass. “First, the number of my brothers who were able to attend, and second, the standing ovation I received from the congregation. The homily by Father Jeff Kemper, pastor, gave was very moving as he made a number of references to how the Eucharist sustained me in my journey just as the bread that had been left for Elijah had strengthened him. It was a wonderful celebration of prayer and praise.”

Lynda Noel, who worked with Jerry on the parish’s twinning relationship with Holy Cross Church in Jackson, Ky., spoke fondly of him, saying, “I will always remember the first conversation with Brother Jerry in Jackson, when he was appointed pastoral administrator. He said the most important thing you will do for someone is ‘sit a spell and share your life.’ So true!”

A feast day and a reopening