Baseball and evangelization make for a winning combination 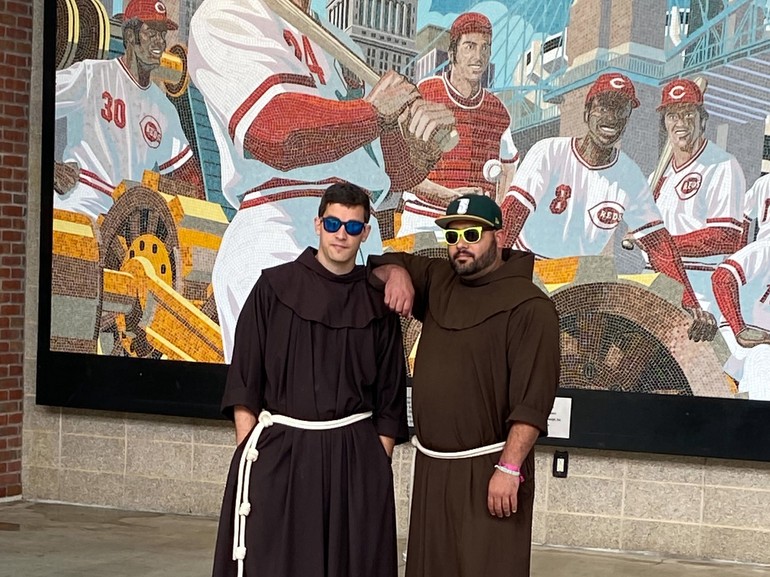 The current cross-country journey of two young friars is a baseball lover’s dream come true, but there is much more to it for Fathers Casey Cole and Roberto “Tito” Serrano (HNP). The “Bleacher Brothers” hit the road in May for a road trip that will take them to every Major League Baseball stadium (30 total) in the United States, where they will meet people where they are and invite them to return home to Jesus and His Church. 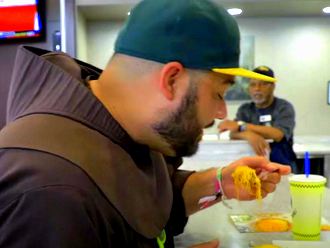 Their journey was nine years in the making, originating during the novitiate, where there were frequent discussions about what it means to be a Franciscan and stories of St. Francis of Assisi and the early brothers not just preaching to people in churches, but other places they gathered. In the Middle Ages, this meant the town square, but the friars in formation were charged with finding a way to do this in their own way in the 21st century. Casey has made this his mission through blogging, posting on several social media platforms, with his own YouTube channel, “Breaking in the Habit,” and as author.

Casey and Tito’s shared love for baseball and the dream of reaching people where they gather in modern society – in this case big stadiums – is well underway. Casey has described the 11-week-journey as “one part childhood fantasy, one part Americana adventure and one part radical evangelism.” 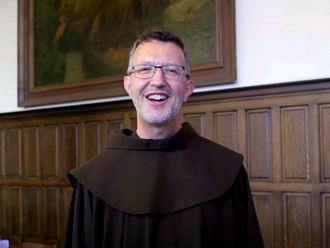 The friars will be wearing their habits to every game, hoping to spark curiosity and conversation. They’ll also be speaking at various churches, schools and other venues during their travels. Splitting the driving between them, Casey and Tito’s trip began with a May 20th Miami Marlins game. They were in Cincinnati on May 27 for a Reds win over the San Francisco Giants. On May 28, they participated in a young adult event at BLOC Coffee in the Incline District, which focused on discernment, vocations, dating, evangelization and baseball.

The Bleacher Brothers shared some highlights of their time locally in a YouTube video, including their thoughts on Great American Ball Park and a review of Skyline Chili. In a segment called “Walk and Talk,” they received a warm welcome to St. Francis Seraph Friary from Provincial Minister Mark Soehner, who led them on a tour, shared his vocation story and offered a blessing for viewers. Casey and Tito both note how inspired they are by Mark’s warm and gentle approach to servant leadership.

The video, There’s No Crying in Baseball, can be viewed below.  The segment highlighting Cincinnati’s Great American Ballpark and Skyline Chili begins at the 12:07 marker and “Walk and Talk” with Fr. Mark Soehner begins around the 18:20 mark.