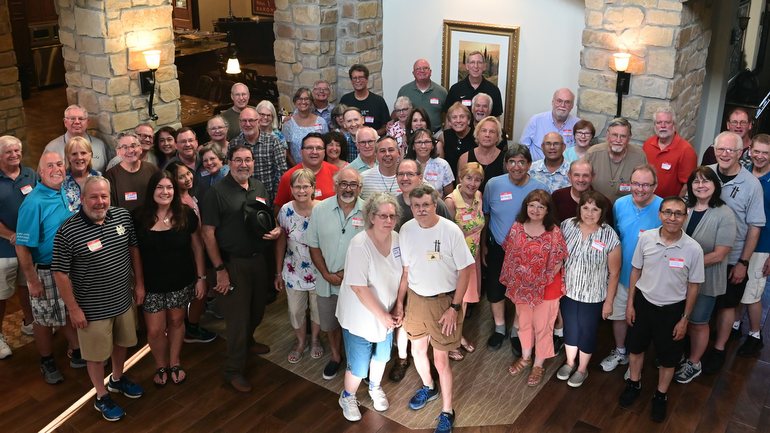 Alumni, spouses, and family members of the Franciscan Alumni Association (FAA) at the 2022 gathering in San Antonio, Tx.

The first in-person reunion of the Franciscan Alumni Association (FAA) since 2019 was especially meaningful for those who gathered in San Antonio June 23-26, said Henry Beck, board member and provincial liaison. Fifty-five alums were present for the weekend.

The theme for the reunion was “Celebration,” as the group marked a joyful gathering of friends and participated in a variety of activities geared toward rejoicing in their friendships, their Franciscan heritage and being together after more than two long years of the pandemic. The reunion included a welcome event and dinner; Morning Prayer to start the next day, which was filled with sight-seeing and other fun activities in and around San Antonio, and the opportunity to cruise, walk or dine along the River Walk; Saturday afternoon Mass and fellowship at St. Padre Pio Catholic Church, followed by a catered BBQ dinner, awards presentation, board of directors elections and a remembrance service for alumni who have passed away since the last reunion.

The FAA consists of men who were involved in the Order of Friars Minor formation programs in the United States and their spouses and family members. Alumni include members who have professed vows in the Order of Friars Minor and those who continue to follow Franciscan values in their vocations and careers as married or single men. Former teachers, staff and friars who dedicated themselves to the men in formation are also welcome to join.

“They’ve always invited friars to join and I’m grateful to be a part of it,” Henry said. “I’ve found it to be very life giving.”

“I think of us as a fraternity, but our roots are in formation,” he added. “There is such a richness to our sharing when we gather. It’s not just telling stories, but sharing our spiritual journeys, where we are with God and the meaning of the Franciscan charism in our lives, work and families.”

At the meeting, the members also discussed the FAA’s role as the US-6 provinces prepare to become one in October 2023. “It’s certainly something as an association that we’ve been talking about more and more,” Henry noted. “We’ve discussed inviting folks from other provinces to see what’s happening there and learn their interests. We’ve also talked about being more proactive in making the guys who came in under the new formation program to feel welcome. This is an opportunity for us to think of ourselves in a new way and widen our circle as an entity in the new province.”

Further reflection on these themes will continue in the coming year and at the 2023 FAA reunion, scheduled for June 23-25 at St. Francis Retreat House in Easton, Pa. Looking to the future, Henry would also like to invite other friars to become involved with the organization. For up-to-date information about the FAA, please visit their website at www.franciscan-alumni.org, or visit their Facebook page at Franciscan-alumni.org. Interested friars and alums can request to become a member of this private Facebook group to see up-to-date photos, information and posts from the past. 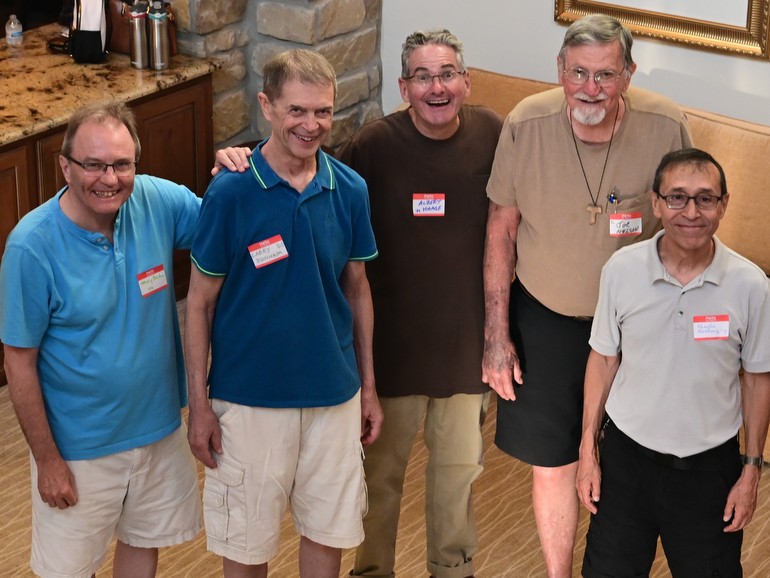