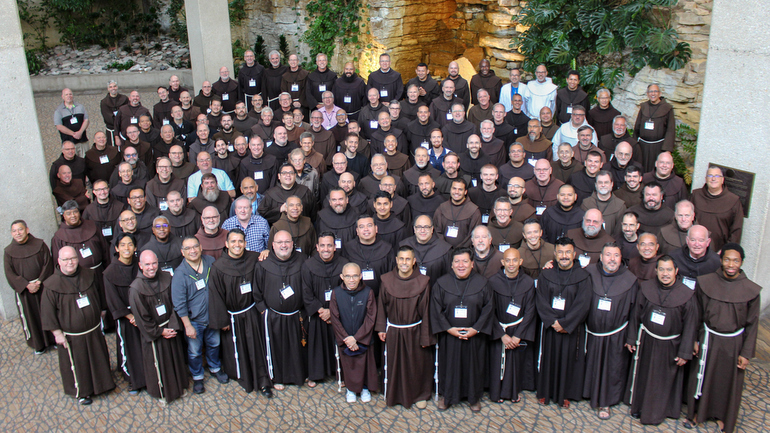 A group photo of Gather and Discern attendees. Photos in this article by Sam Reinke & Sr. Eileen Connelly, OSU

The sense of unity, fraternity and joy was obvious as Franciscan friars from the US-6 provinces came together at the Westin Kansas City at Crown Center July 25-29 for “Gather and Discern.” Friars age 65 and under arrived by plane, train and automobile, and in the case of some friars from Cincinnati, in a van on loan from Roger Bacon High School. 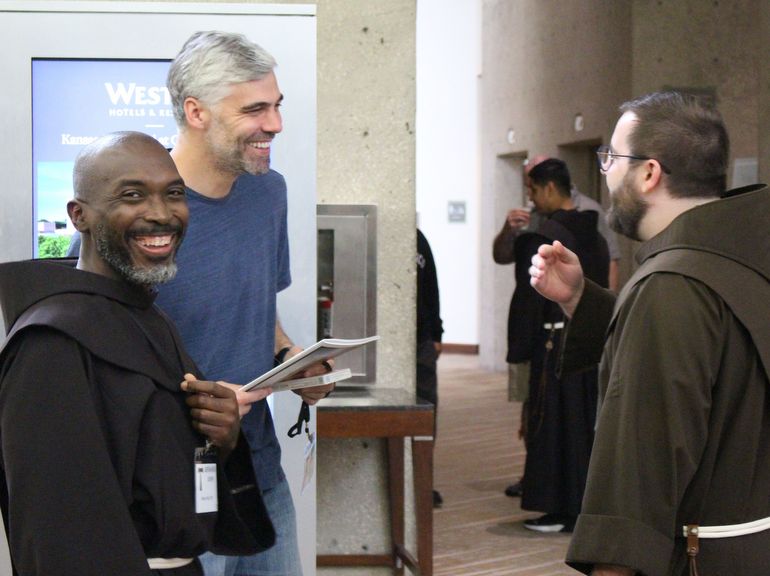 As the friars gathered for evening prayer at the end of their first day, Stephen DeWitt, OFM (HN), set the tone for their time together saying, “We invite the Holy Spirit to be with us. May we be a community and people of peace. May we follow God’s will for us. May our Holy Father Francis serve as an example. May the same Spirit that has guided our Church for so long guide our gathering.” 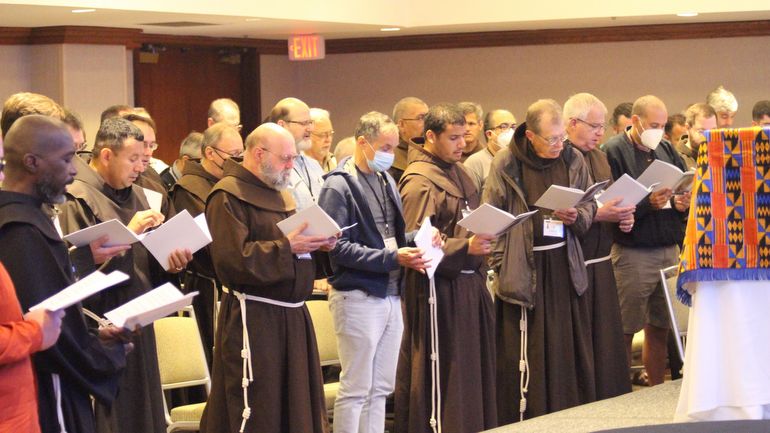 Liturgies at the gathering were prayerful and joyous.

Throughout the week, the friars imagined and explored possibilities for the future as they discussed potential mission priorities, fraternal leadership and opportunities for renewal. The ideas they generated will be shared with the US-6 provincial administrations during their August meeting in Malibu, as well as at various fraternal settings in the months leading up to the Chapter of Unity in October 2023. 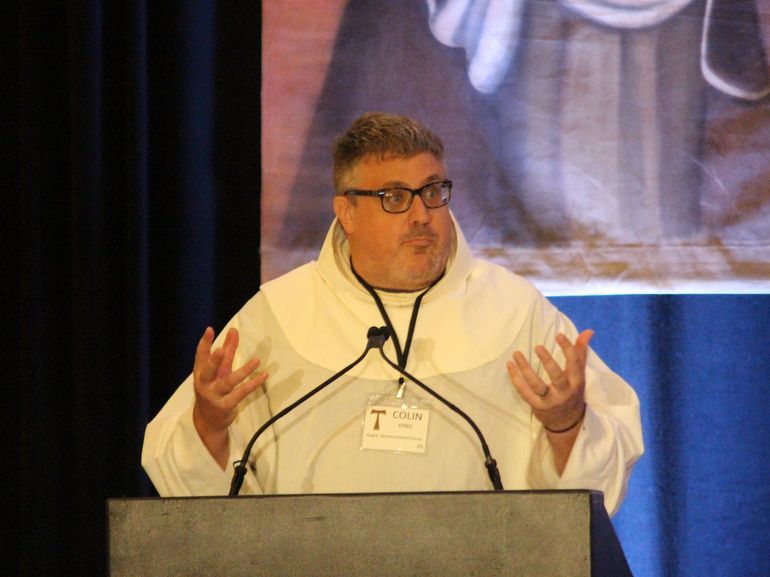 There were also a variety of activities, both fun and deeply meaningful, that helped the brothers get to know one another better, consider the scope of the pilgrimage they are on together by recalling milestones on their own journeys, and remembering inspiring fellow friars who came before them. 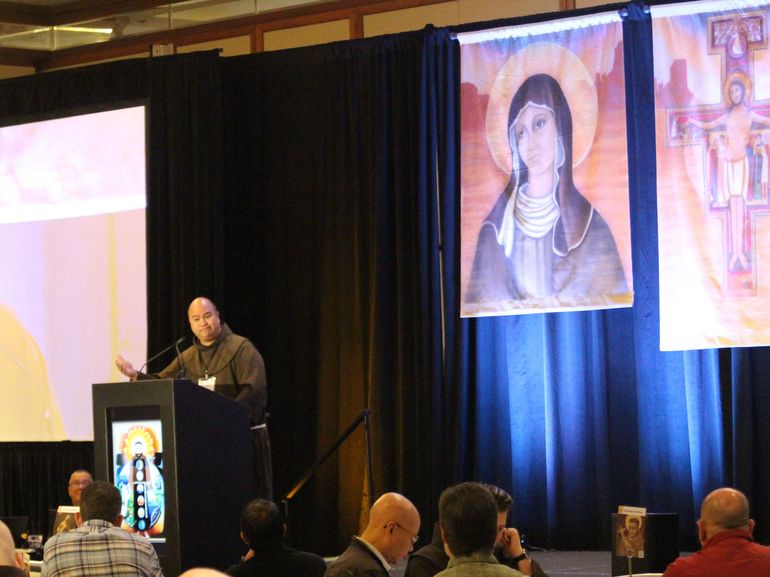 Colin King, who led the friars in a session titled “Called to Live the Gospel: Where Are You on Our Pilgrimage?” described the gathering as a “great experience of strong fraternity. Living in Jamaica, it was a chance to see guys I haven’t seen in years,” he said. “Zoom meetings, phone calls and WhatsApp just aren’t the same as actually being together.” 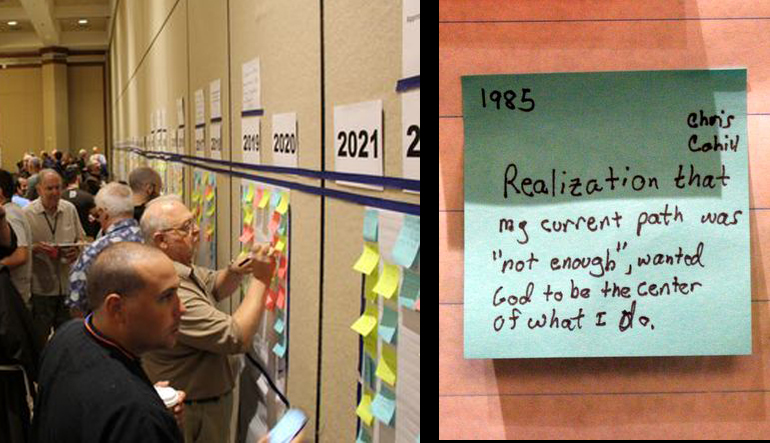 “I think this recaptured some of the enthusiasm for coming together that a global pandemic put on hold,” he added. “It helped to broaden our fraternal relations and deepen and strengthen them, as well. It was a good way to move forward toward the new province.” 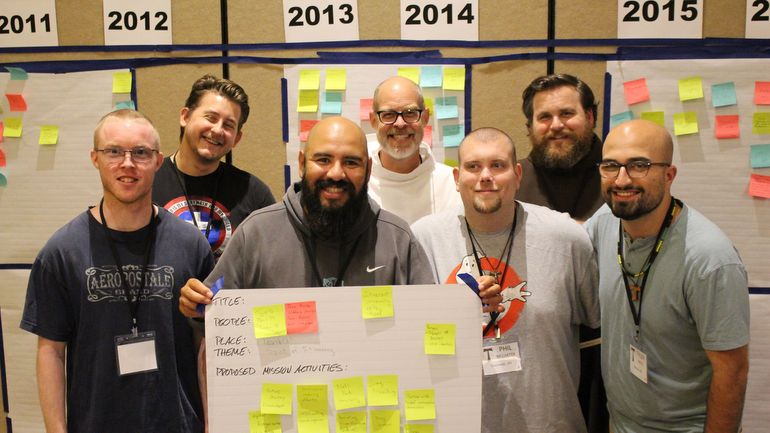 Friars share their dreams for a potential mission in the new province.

“The gathering was a major confirmation that we are indeed following the prompting of the Holy Spirit as we seek to renew our Franciscan lives together,” said Mark Hudak. “When friars would ask which province I am from, I would actually have to stop and think as in my mind I’m already a member of the new province! The energy with which friars approached ideas and models for ministries and leadership was very exciting. I hope to see that sort of cooperation and willingness to work together continue.” 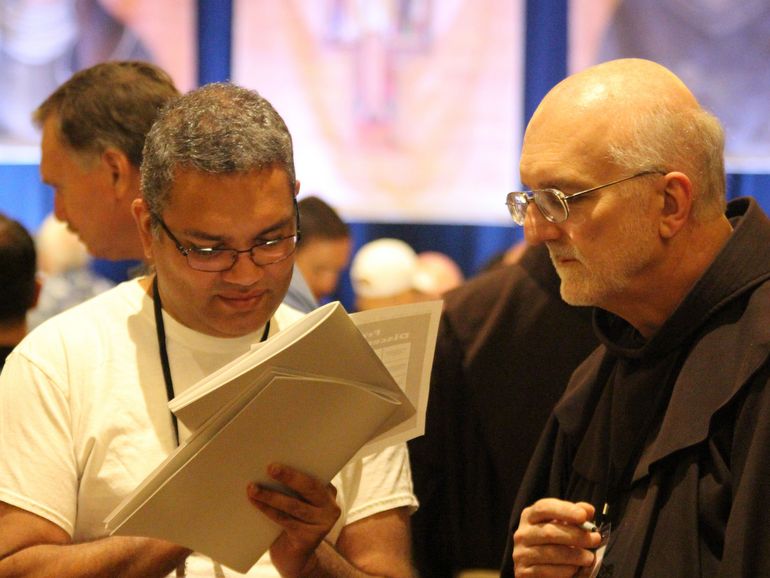 The closing session of the gathering began with expressions of gratitude to everyone who helped plan and carry out the faith-filled and fruitful meeting of brothers. Particularly touching was the thank you and blessing offered by the friars to hotel staff. Larry Ford, OFM (HN), director of the Office of Revitalization & Restructuring, thanked them for temporarily turning the hotel into a friary, “a place we could feel at home.” For the staff to come back from a pandemic with “such strength and dignity, we are both humbled and proud,” he said. 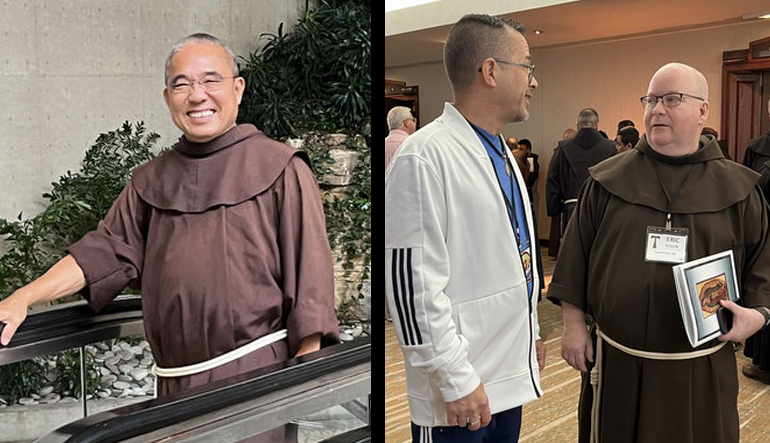 To the friars, Larry said, “Thanks to all of you for the work you do every day, your wisdom, insights, generosity and conversations you brought to this week.” 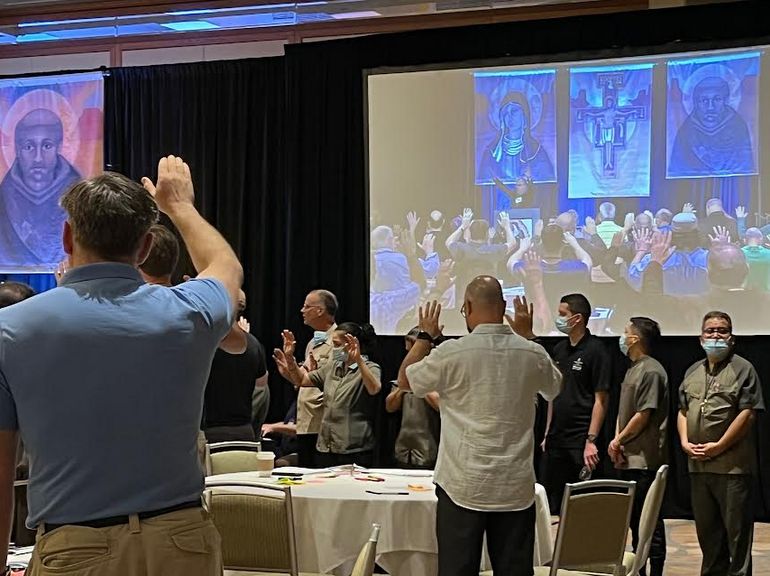 Provincial Minister Mark Soehner shares his thoughts on the gathering in this post: The dream of the kingdom.