Mass for the Feast of St. Francis premieres 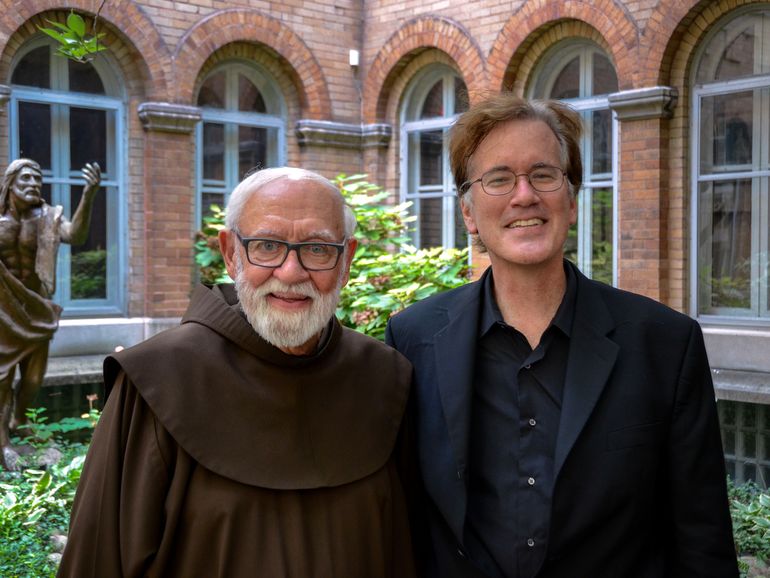 The moving text of Murray Bodo and stirring music by Michael Chertock combined to make for a memorable concert at St. Francis Seraph Church on Sept. 17. 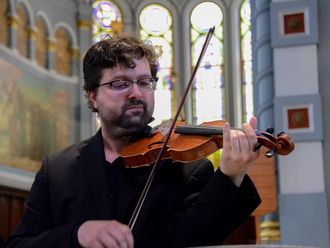 The Mass for the Feast of St. Francis is based on poems from Murray’s book, Visions and Revisions: Celebrating 800 Years of the Franciscan Way of Life. Murray wrote to Michael Chertock, resident pianist of the Cincinnati Symphony Orchestra (CSO) and chair of the piano department at the University of Cincinnati’s College-Conservatory of Music (CCM), several years ago to see if the composer knew of any students interested in putting his text to music. To Murray’s delight, Michael, who was familiar with the friar’s writings, enthusiastically embraced the project himself.

‘I’ve loved this collaboration,” Murray said to those who filled the pews on a late summer afternoon. “I hope all of you enjoy it.”

The concert was conducted by Joshua Goines, performed by the adult choir from St. Barnabas Episcopal Church in Montgomery, and featured accompanists on percussion and violin from the CSO. As he welcomed concertgoers, Fr. Al Hirt, pastor, noted that it was an appropriate occasion for the event: the feast of the Stigmata of St. Francis. 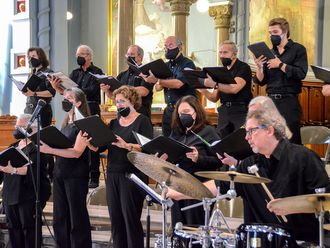 He went on to introduce Ed Slater, chief advancement officer for the nearby Center for Respite Care, which benefitted from freewill contributions at the concert. Ed shared the Center’s mission of offering holistic medical care to the homeless needing a safe place to heal. He also expressed his gratitude.

Describing St. Francis Seraph Church as a “beautiful place,” Michael shared his excitement at bringing choir members and colleagues there for the concert, which was attended by Murray’s fellow friars, friends, Poor Clare Sisters, parishioners and province staff members, among others. A number of those present said they were moved to tears by the performance, which was met with a standing ovation as it came to a close.

The event was livestreamed on the parish Facebook page and can be viewed at: Facebook.com/SFSChurch 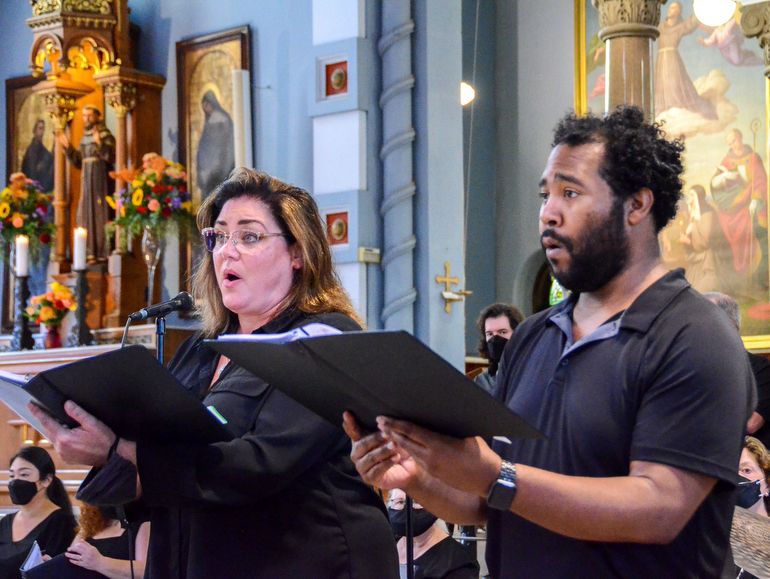 A place of prayer, presence and peace