St. Francis and the road to renewal 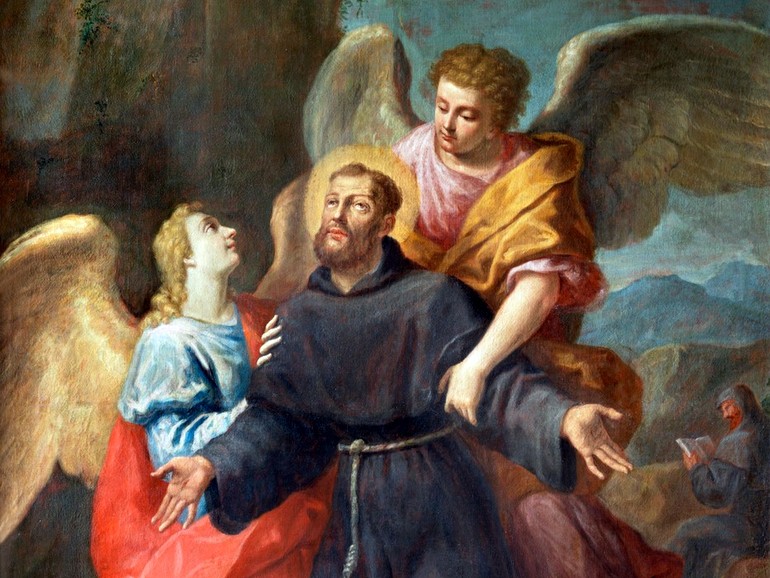 The painting of the Stigmatization of St. Francis of Assisi in Chiesa di San Francesco by G. Mazonni (1673-1767). Photo by Shutterstock.com

Let’s face it: St. Francis has become domesticated in popular culture, and frankly, sometimes with those of us following his form of life. Walking through the garden part of a general store, I inevitably find some sort of saccharine lawn object of St. Francis. He’s almost pretty, sweet, certainly not one to upset anyone’s apple cart. Maybe he’s holding a bird, or a bowl for water, making him a birdbath. While he’s cute, maybe charming, he’s never presented as wild. 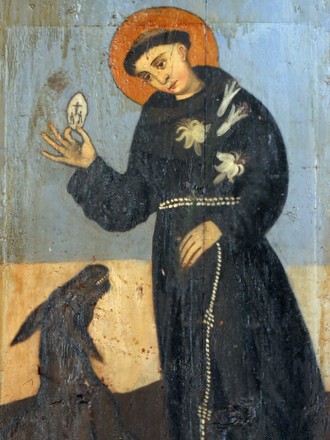 Francis began to encounter the living Christ after much suffering. While a rich merchant’s son, and with everything going his own way, he might have never met Christ. He enjoyed life, was privileged and never needed to look at those who were relegated to the edges of society by the powerful joining together to keep those privileges. But the Battle of Collastrada in November 1202 changed all that. Many scholars now believe that the trauma of slicing people open with a sword, chopping limbs and severing heads became all-consuming thoughts for Francis, perhaps PTSD. After he was captured in battle and left for a year in a large limestone quarry that served as a jail, those images ate at him, along with the mice and rats, leaving him questioning the very system of war: the power, possessions and prestige of being a knight. It coalesced in a dream as he was literally trying to get back onto the horse of knighthood, when the Lord of the dream-manor asked him: “Why are you serving the slave instead of the Master?”

Francis could no longer live in this system that rewards power and mainlines success like cocaine. That was the pattern of the Assisi commune. Outside of Assisi, he found that the cross of the little church of San Damiano spoke to his heart. Here Christ commissioned him to repair/renovate His Church. He let Jesus look with love at him there, let Jesus refresh him there. And then, as the circumstances presented themselves, he let Jesus love him through the eyes of the leper that he met one day. He no longer “fit” in the society of Assisi. When we fall in love, we are no longer among the learned and the clever. There are two common doors into God: falling in love and great suffering.

The real Francis was gutsy. He lived outside the walls of Assisi, out in woods and countryside where those who were poor lived. He worked for food and begged for anything further that he needed. Living under the sun and moon, dealing with weather cloudy and serene, nature opened him to God even more. Outside of Assisi, Francis was permanently on the road to renewal. By living with the poor and homeless, his brothers would always be made new. He invites us to be rooted in God, but with no fixed dwelling; rich in virtue, but poor, wise in the ways of God, but pretty crazy in the eyes of most people. All that matters is that one is made anew, as St. Paul tells us in Galatians.

This year, I wonder, “How will we become a ‘new’ province, begin to live wild and beautiful lives?” Or, do we settle for domestic niceness? As brothers, we live with the fact that our lives are meant to be permanently “on pilgrimage,” walking towards a wild and loving God that we meet in Christ Jesus. We will lovingly let go of even our own Province of St. John the Baptist on this new road. We will learn again to trust God’s care for us. And God continues to provide us with bread and new brothers, with the care of many people who might find us quirky or interesting. And some will meet God with us on this road to renewal. Join us in this journey of meeting the poor and risen Christ Jesus in the most forgotten!

Instruments of healing and peace