A Love for Law and People

A week before he passed away on Dec. 9, Art Espelage was still working on a case remotely for the Diocese of Tucson, where he had served as canonist and judicial vicar since 2017. This was no surprise to colleagues, his fellow friars, family members and friends as Art had expressed a love for canon law throughout his ministry. “Canon law needs to be “down among the people, to serve people, to help people” in difficult situations, he once said. Art had also produced a video series that emphasizes “canon law is at the service of the people.” 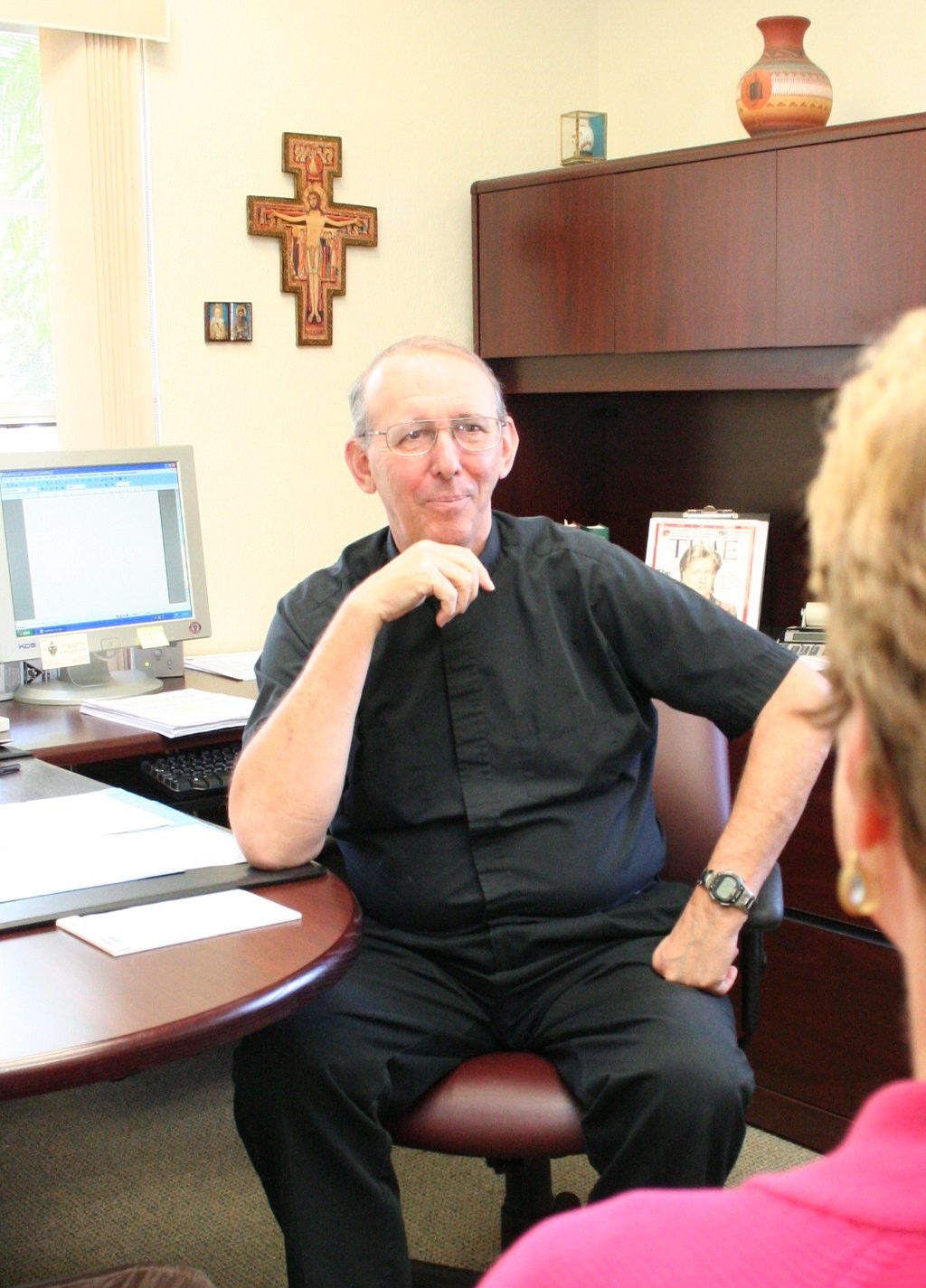 With strong Franciscan connections through his parish and uncles who were friars (Sylvester Espelage, Bishop of Wuchang, China, and Bernard Espelage, Bishop of Gallup, N.M.), he attended St. Francis Seminary in Cincinnati before entering the Franciscan novitiate on Aug. 15, 1962. After professing first vows in 1963, Art entered Duns Scotus College in Southfield, Mich., where he made his solemn vows on Aug. 16, 1966. He was ordained to the priesthood on June 12, 1971, at St. Leonard College in Centerville. In 1977, Art entered Catholic University of America in Washington, D.C., where he earned a JCB and licentiate in canon law. He later returned as a doctoral student, earning his JCD in canon law.

Art’s first assignment was to St. Catherine Indian School in Santa Fe, N. M., as part of the Christian Development Program. Over the years, he served as a professor at St. Leonard College and the Pontifical College Josephinum in Columbus, Ohio, and taught at St. Meinrad School of Theology. Art also served as associate pastor at St. Francis of Assisi Parish in Centerville, Ohio, and ministered in the Archdiocese of Cincinnati, Archdiocese of Santa Fe, Diocese of Columbus and Dioceses of Palm Beach and Venice, Fla. In addition, Art served the Order as General Visitor for the Province of Our Lady of Guadalupe and served as executive coordinator for the Canon Law Society of America from 1999-2008.

“We at the Canon Law Society of America Administrative Office are grateful to Fr. Art for his leadership during the start of the new millennium,” reads a statement on the organization’s website. “His presence is still felt, and his name remains constant in our own work as, like him, we strive to serve and assist canonists and those in need of canonical assistance. May Fr. Art continue to be an instrument of pax et bonum as he walks in the light of the Lord.”

“True to his Franciscan vocation and priesthood, Fr. Art was profoundly dedicated to serving the poor and those in challenging circumstances,” said Bishop Edward Weisenburger of Tucson. “In his Tribunal work alone, I am humbled to consider the number of those who had experienced the pain of divorce, but who were able to join our Catholic Church or continue their sacramental practice because of his ministry. I kindly ask that you keep Fr. Art in prayer, along with his family and brother Franciscans.”

Manuel Viera, judicial vicar for the Diocese of Tucson, and at one time Art’s student at St. Leonard, recalls his teacher and brother friar with fondness and gratitude. “He was an excellent and methodical teacher and an inspiration to me,” Manuel said. “He was well-respected as a canonist, and always working for the underdog in certain way, and always stood up for what was right. He used the law to help people.”

“Art was excellent at interpreting the law, but it was the people that mattered to him,” added his longtime friend Leslie Young. “His life and his ministry were in keeping with God’s all-inclusive love.”

“Our family is very, very proud of Art,” said his sister Diane Daria. “He led a devoted life of service, not only to the Franciscans, but to the people he ministered to. His work touched so many lives here, there and everywhere, and he never gave up on people.”

The Rite of Reception for friars, family, and friends will take place at 10:00 a.m. on Monday, Jan. 16, at the St. Anthony Shrine (and friary) in Cincinnati, Ohio. The Mass of Christian Burial will follow at 11:00 a.m. The funeral will be livestreamed on the Province’s Facebook page here.