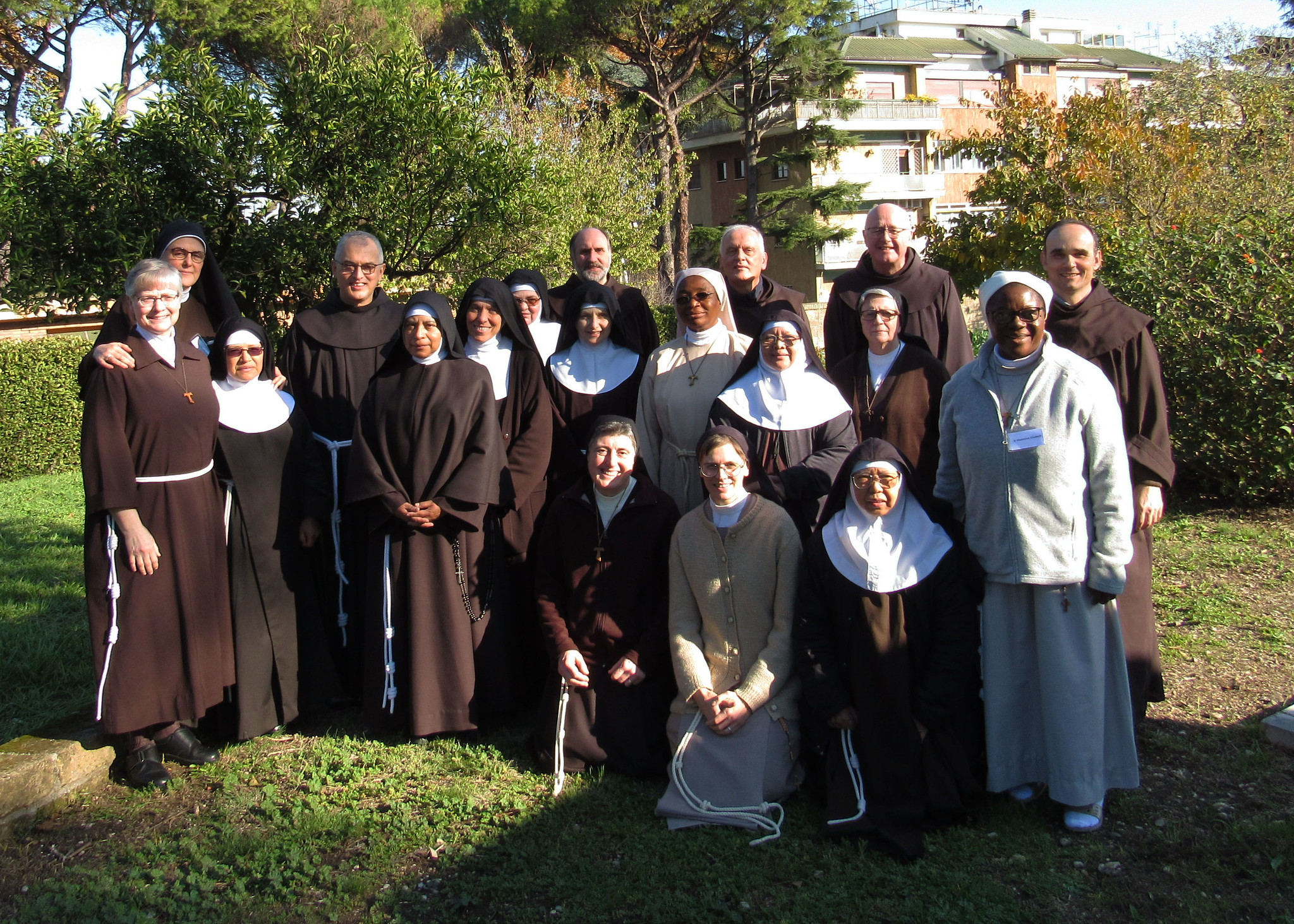 Sr. Vickie Griner, OSC, recently returned to Cincinnati after attending the International Commission meetings in Rome. The meetings were hosted by the Poor Clare Sisters at the Monastero di Santa Chiara Via Vitellia.

Vickie and the other commissioners spent months reviewing and summarizing responses received from more than 550 monasteries around the world. Upon arriving in Rome, and with three full-time translators at the ready, Vickie and each member of the Commission presented summaries of their reports, sharing valuable information about how Poor Clare life is lived today, including the issues and challenges sisters face throughout the world.

On Nov. 28, Fr. Antoine-Marie, a canon lawyer from the Dicastery, met with the Commission to discuss canon law, constitutions and other issues relevant to their work. On Nov. 30, Archbishop José Rodríguez Carballo, OFM, Secretary of the Dicastery, presided at Mass and joined the members of the Commission for supper and conversation. Minister General Massimo Fusarelli, OFM, presided at Mass on Dec. 1, and then spent several hours meeting with the Commission and answering questions.

“Our meetings in Rome went very well,” Vickie said. “Although we spent a lot of time in Zoom meetings and corresponding through emails over the past 10 months, our communications sometimes felt stiff and very formal. It was not until we met in person and felt comfortable in sharing more deeply that the bonds of sisterhood and brotherhood were strengthened. As these bonds strengthened, it felt as if we had reached a new level of communication with each other, and I could feel the Holy Spirit was at work among us.”

On Dec. 4, at the conclusion of the meetings in Rome, the Commission took a 24-hour trip to Assisi, meeting with several Poor Clare communities and visiting the Basilica of St. Francis, San Damiano, the Protomonastery and the Portiuncula before returning to Rome. From Rome, Vickie flew to England and met with the Poor Clares of Great Britain and Ireland, hosted by the Arundel, England, monastery, before returning to Cincinnati on Dec. 11.

A Love for Law and People