A study guide to ‘Fratelli Tutti’

On Oct. 3 in the year of Our Lord 2020, Pope Francis made a pilgrimage to Assisi to celebrate a Mass at the tomb of St. Francis and immediately afterward signed his encyclical Fratelli Tutti on social friendship and care of our common home.

As a demonstration of the solidarity recommended in that document, six Franciscan women and four Franciscan men produced a free, digital study guide series with a summary, three quotes, and three questions for the Introduction and each of the eight chapters. The work of Nancy Celaschi, OSF, appeared in all nine guides under the heading, “A Word about Inclusive Language.”

John Cella, OFM, head of the Franciscan Pilgrimage Program in Franklin, Wis., graciously volunteered the time and talents of Communications Director Andy Tretow of ABVM Province to format the digital files that were offered to seven U.S. Franciscan websites, with the hope that other websites would post them. Andy went far above and beyond the call of duty to match superb graphics with the texts that arrived from across the United States and one from Rome’s Centro Pro Unione. Lisa Biedenbach contributed her editing and proofreading skills to this initiative.

The authors were editors, vocation ministers, members of congregational leadership teams, writers, retreat and parish mission presenters, a former university president, a minister among Native Americans, a past president of the Franciscan Action Network, and a world-renowned expert on ecumenism and interfaith relations.

When word of this initiative spread (they are Franciscans, after all!), soon Spanish and Italian translations began.

To the praise and glory of Jesus Christ and the little poor man Francis. Amen.

Click on the images below for a PDF of the chapter. 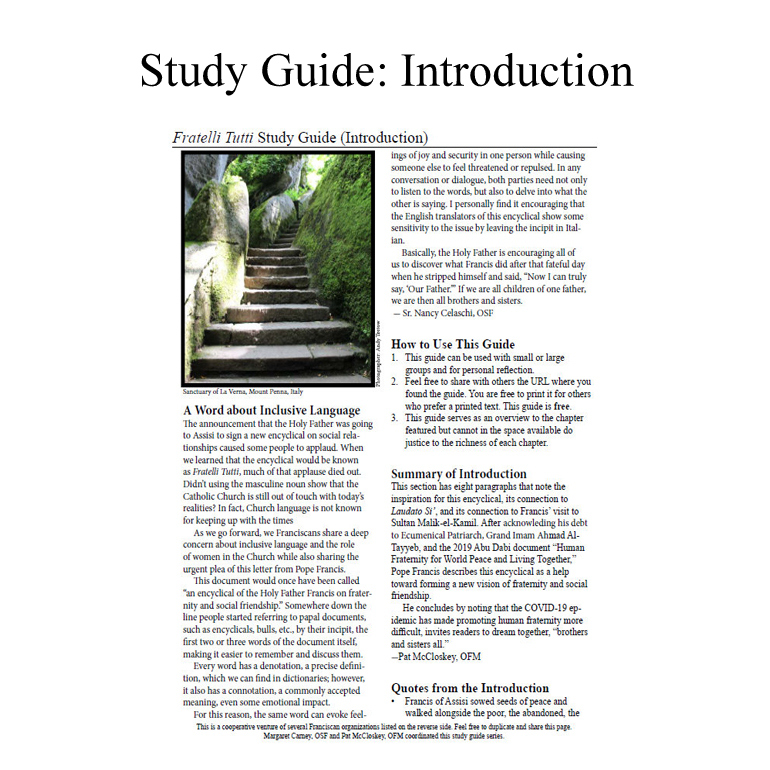 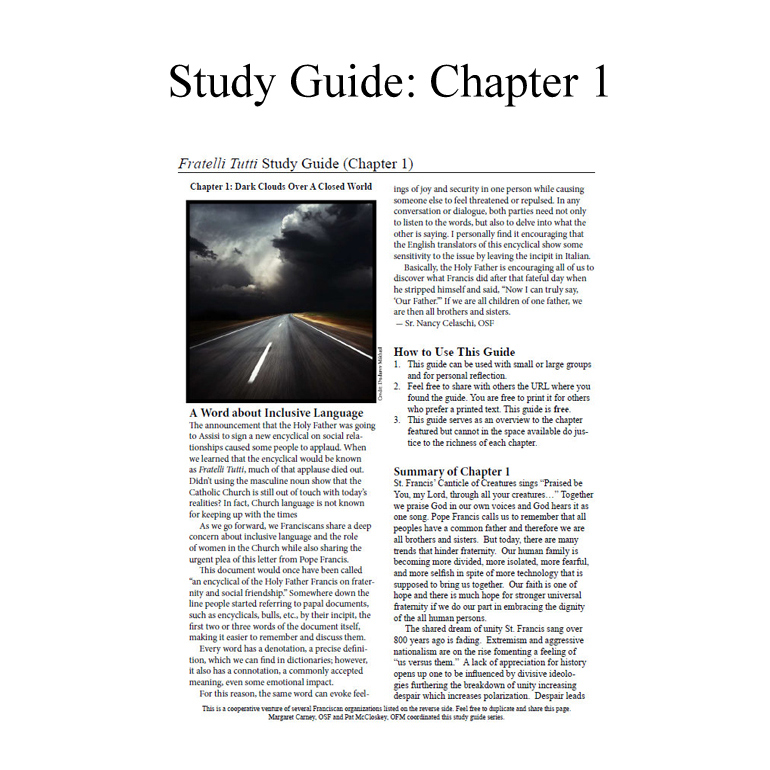 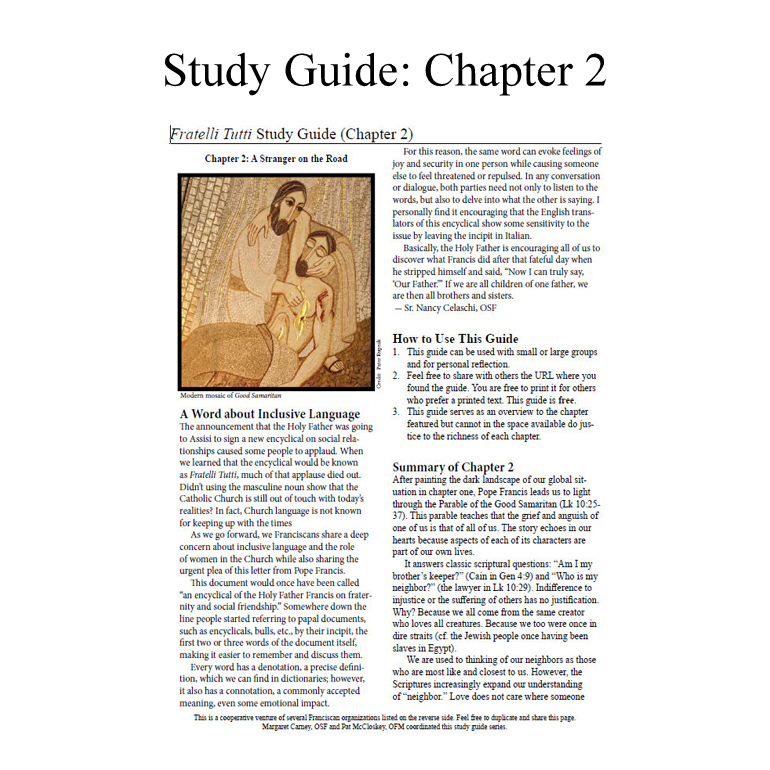 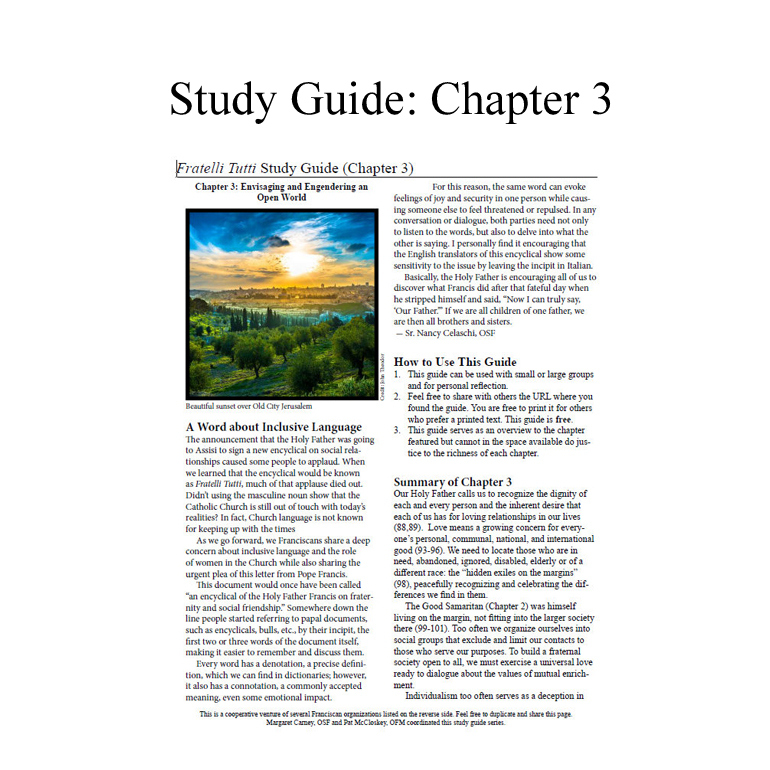 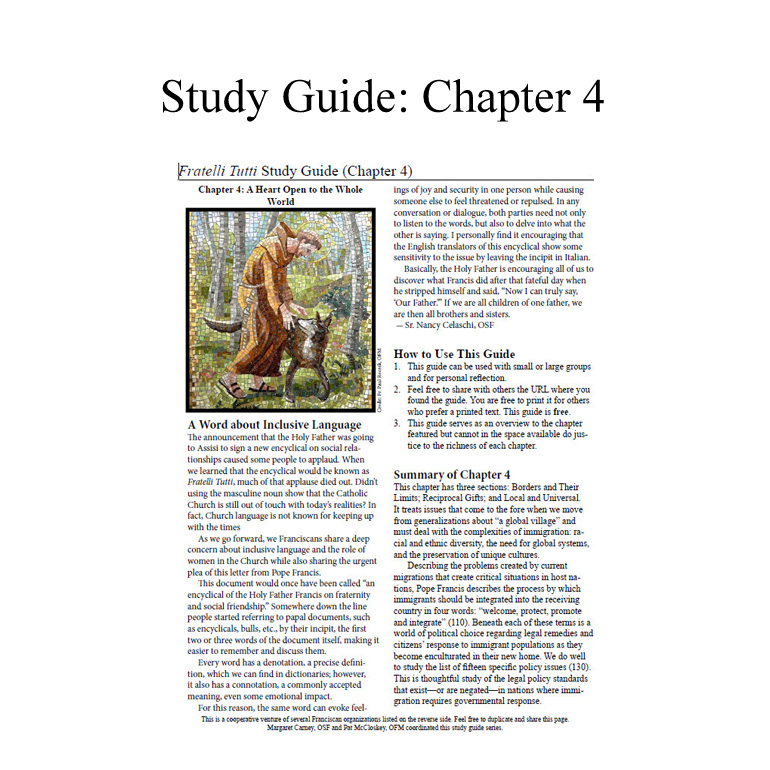 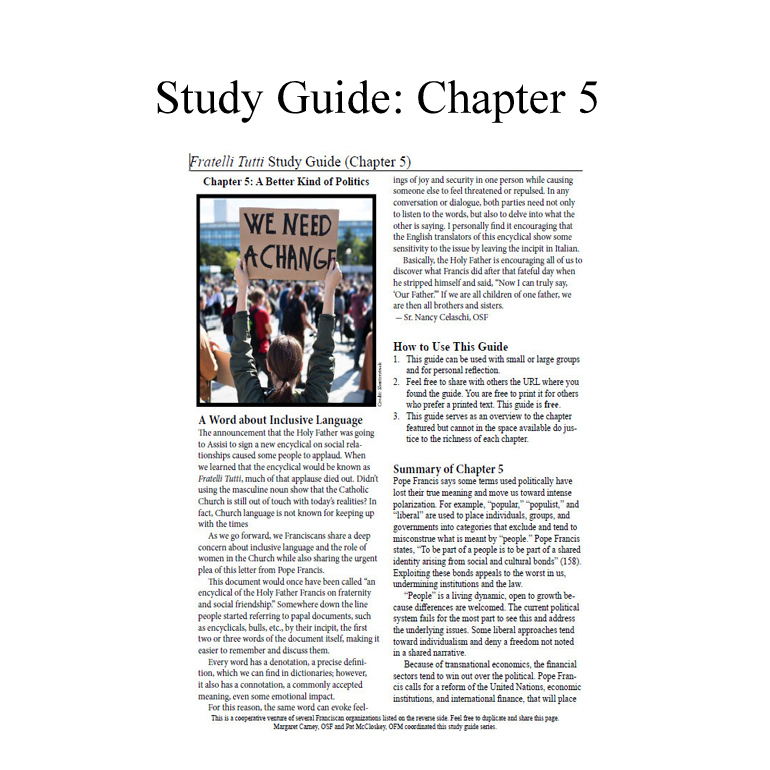 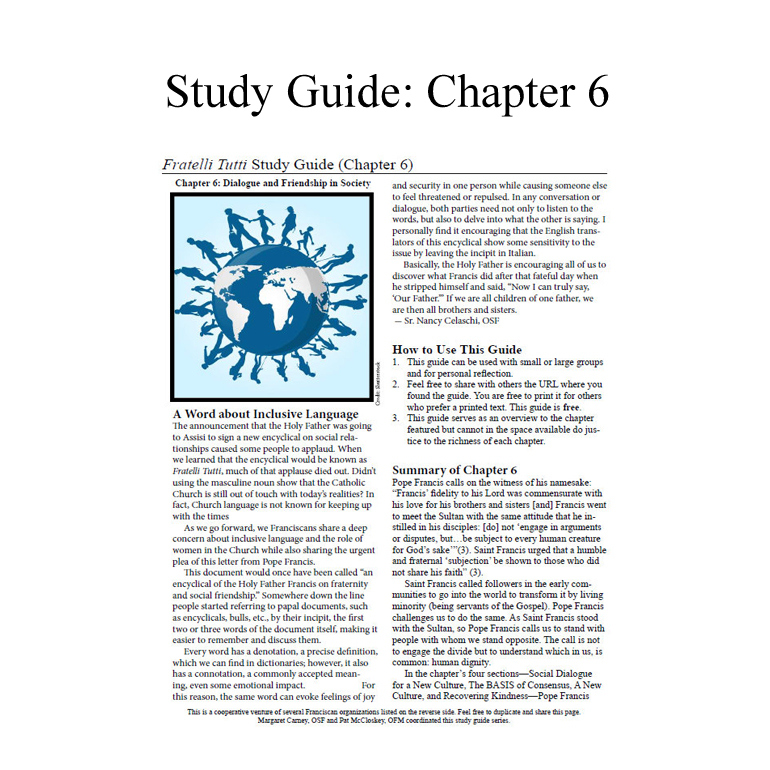 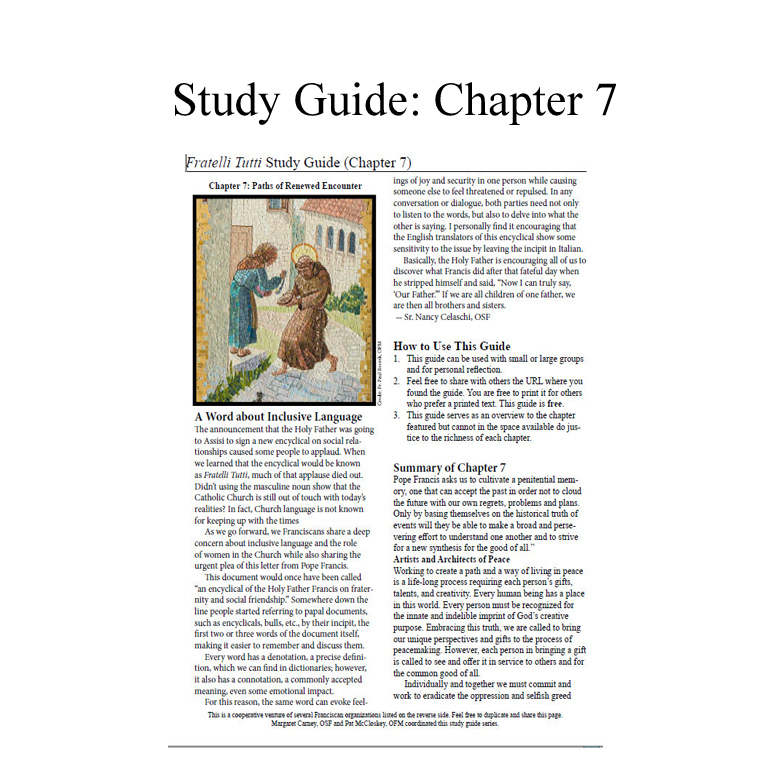 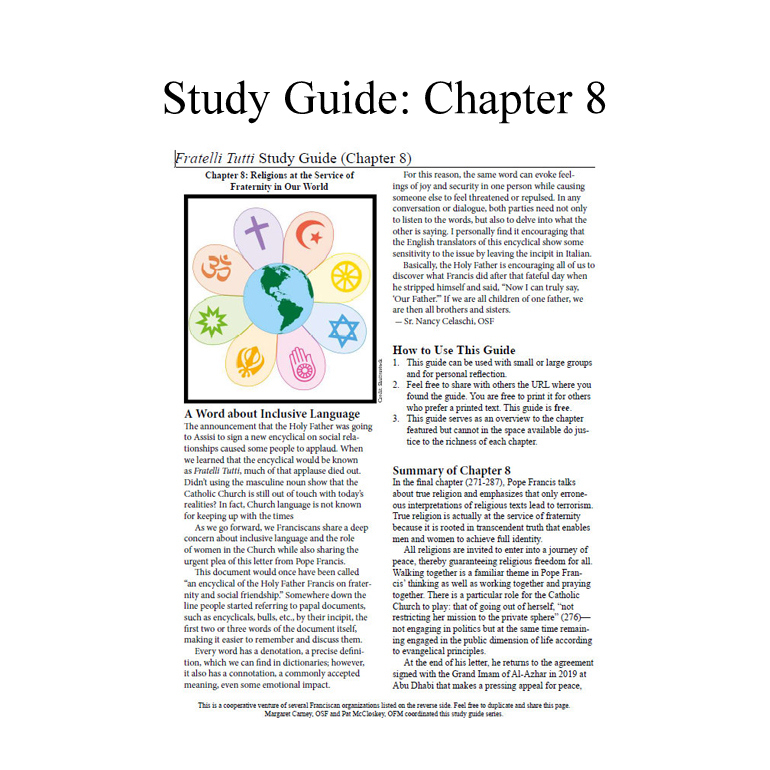