Measuring progress, one life at a time

When Jim Bok volunteered for the missions in Jamaica in 2008, the Provincial Minister seemed skeptical. “Really?” said Jeff Scheeler. “Are you kidding?” 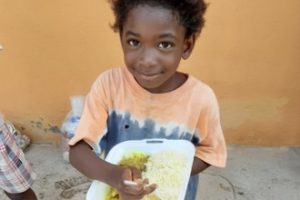 Twelve years later, Jim is the second-longest serving SJB friar in the Diocese of Montego Bay (second only to Louie Zant’s 17 years). And the energy and creativity he brought to his previous job as provincial Director of Development is on full display in Negril, where Jim is Pastor of Mary, Gate of Heaven Parish. “We cover six of the churches in the diocese,” he says, in a region that is “starving for priests and religious.”

Jim is known for making things happen in a country where societal change moves at the speed of a glacier. “One of the things that keeps me here is that we are affecting people’s lives, and people are very grateful,” he says. “I personally think the impact of the friars has been profound and the bishop has been blessed to have us here.”

He admits that “The ongoing challenges are exactly the same today as they were on Sept. 11, 2008, when I came here.” What saddened him then still saddens him now: poverty; a lack of jobs, health care and educational opportunities; staggering dysfunction in families. The latter “shows up big-time over and over again in the behavior of people,” he says, and plays out in violence and a general “lack of loving” among the people. “That is very disheartening to see. But I always try to keep my focus on the good, the success.”

When Jim adds his considerable people skills to a project, the successes are notable. One Sunday after Mass in Negril the parish Women’s Guild said they wanted to start a soup kitchen. “I sort of had that in my mind,” he says. “It became the seeds for St. Anthony’s Kitchen, where we just celebrated the 10th birthday in April.” They typically serve 150 for lunch and dozens of children at breakfast but have seen numbers soar with the economic impact of Covid-19 on workers in Negril’s tourist industry. 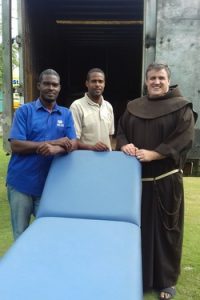 “Then we started observing numbers of kids coming to lunch at the kitchen when they should have been in school.” Their full-time attendance was hindered by a lack of transportation, lunch money, uniforms and school supplies. The involvement of Jim and of Joan Cooney of the Rotary Club of Negril led to the birth of Get Kids to School, making education more accessible to hundreds of children since 2011. In 2017 they launched Get Kids to School Plus, extending college opportunities to gifted students.

What’s on the horizon? “Maybe three years ago we had this idea of starting a learning center where kids could access the Internet.” A group called Cornerstone Jamaica is investing in the project – and they’d like to name it the Bok Learning Centre in honor of Jim. Fellow friar Colin King is “working very diligently, trying to start a medical clinic” in rural Revival.

“At this point,” Jim says, “I guess my dream is just to continue to do what we’re doing and continue to touch people’s lives.” Asked about his aspirations, he says, “No, categorically no, I never thought of myself as being a missionary. I never thought I would be here 12 years, but I had no reason to leave. I’ve been content and happy.

“We’re doing good work,” work that may not change the world, but definitely impacts this little corner of it. “I made the decision to continue here until 2023,” but he’s concerned about what might happen when individual friars depart.

“Our hope is that in the restructuring, other guys will see this as an attractive ministry,” Jim says. “Our prayer is that somebody – or a couple friars – are gonna come.”